Mansfield Town boss John Dempster delivered his thoughts on a ‘huge’ December for the Stags in Thursday morning’s news conference at The RH Academy.

The amber and blue face five sides with aspirations of a top-seven finish in Sky Bet League Two this month, starting with Saturday’s match against Cheltenham Town at One Call Stadium.

The boss says that despite recent results, he still holds belief in himself and the squad’s capabilities ahead of crucial upcoming fixtures.

“We have a massive month ahead of us, a huge month,” he told iFollow Stags. “We don’t want the gap getting any bigger. Looking at the games this month, we need at least eight or nine points, at least.

“The good thing about playing the teams above you is that you can reduce that gap.

“When you’re not getting the results, even though I’ve been in the business for 20 years, it’s not until you’re in the hotseat that you feel that pressure. 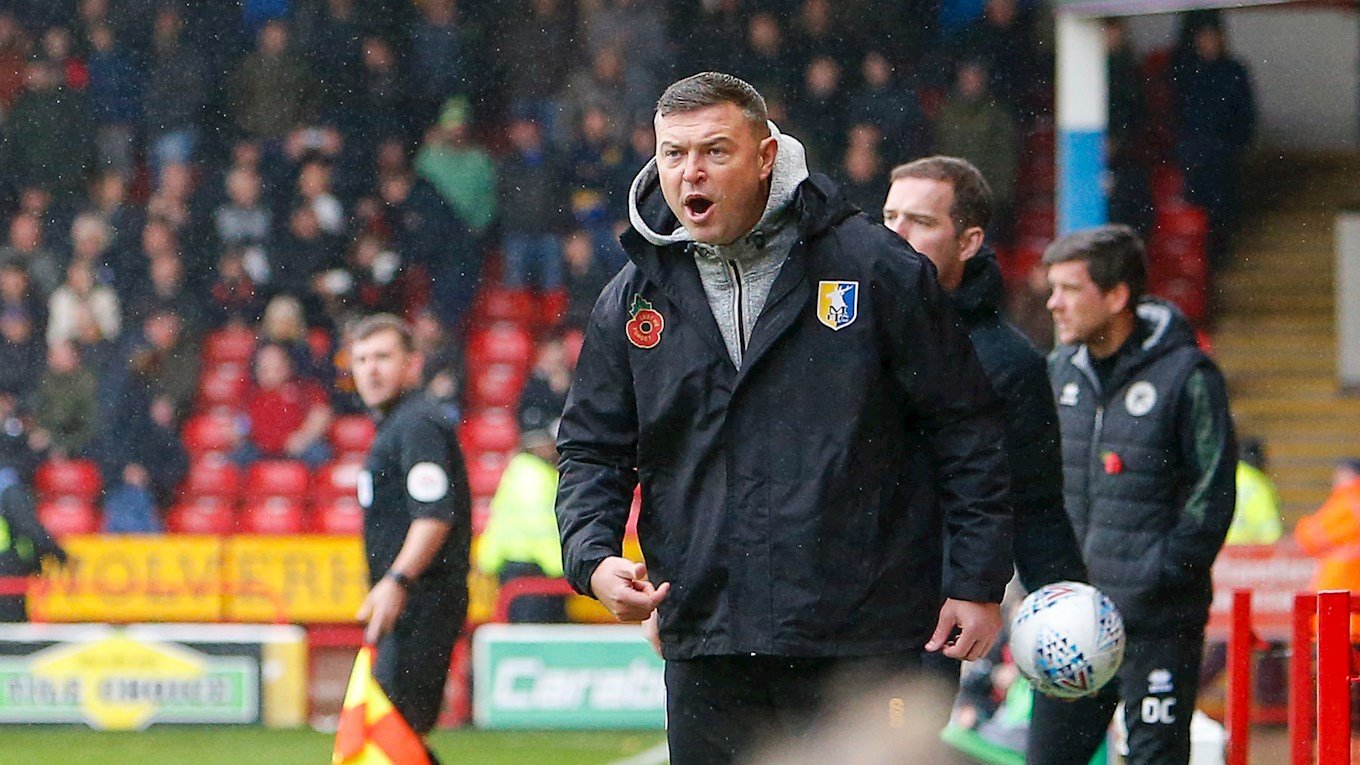 “I’m a young manager who has been given an unbelievable opportunity, which I’ve earned. I’ve never been as determined to make this happen.

“But in the real world, there have been managers losing their jobs in similar positions who have perhaps not had the same financial backing, so I feel the pressure, there’s no doubt about that.

“My plan is to be successful here and the chairman [John Radford] has put faith in me. I intend to pay him back and that needs to happen quickly.

“I’m confident. I believe in myself and I believe in the players. Things need to change, there’s no doubt about that, but a couple of wins can make things look very different.”

The manager also spoke of Saturday’s big match at home to Cheltenham, adding: “It’s going to be a really intense atmosphere on Saturday. I hope the supporters get behind the team.

“We feel that we have a good opportunity to win a football match on Saturday, and that will be made easier if the supporters are behind the players. 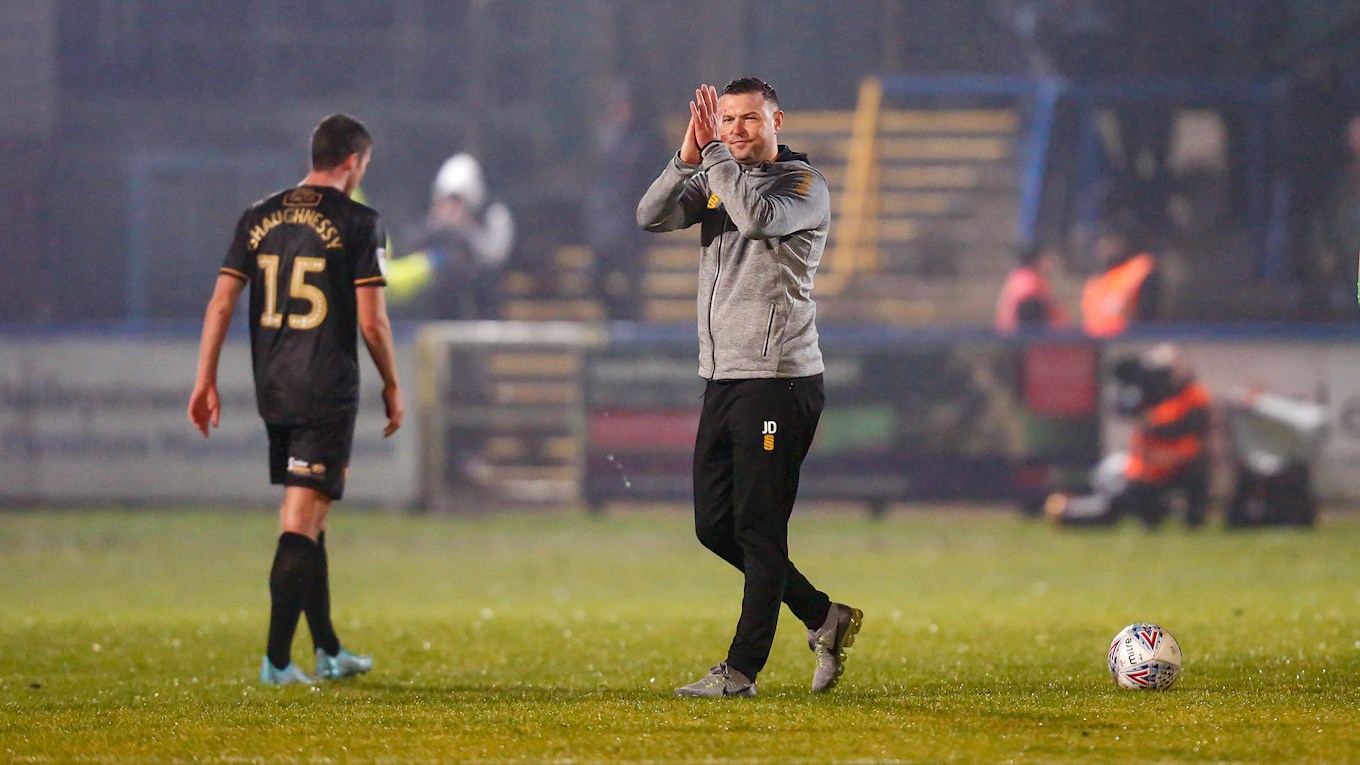 “We need to get the fans off their feet. We’ll be attacking the game because we need three points, and that’s not going to change throughout the month.

“Those supporters that aren’t behind me, I understand that, but the players need them. Saturday is a brilliant opportunity for us.

“Cheltenham are a well-balanced side. Their starting XI is a very good one and they have goals in their team.

“He [Michael Duff, Cheltenham manager] has had time to build the squad he’s got there.”

Reflecting on his time so far as manager of Mansfield, John Dempster spoke of the ‘pressure’ of the role, but affirmed that he will continue to ‘give his all’ for the club.

“There have been some dark times [as manager] – my lowest points in my 20 years in football have come during this time as manager,” he said. 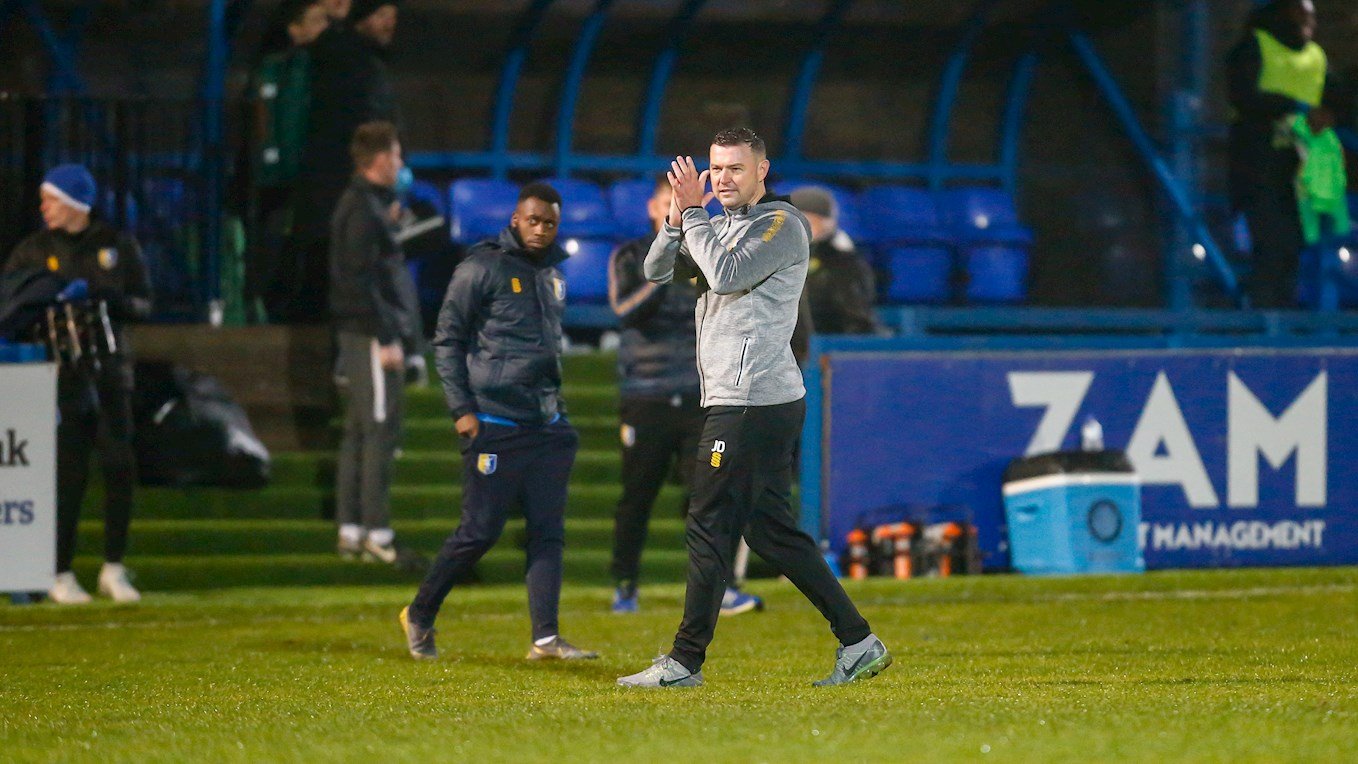 “I feel the pressure – when I hear the negativity and the moans, it frustrates me, but that’s because I care.

“I obviously know the academy inside out and I’m learning every day. I want these players to do well and be successful.

“But the big emphasis is on bravery now and stepping up. People that care are saddened and we need to change that quickly – so this month is massive.

“I won’t hide away from the fact that the pressure is on and December will be key to my future but the future of the football club.”

There was also an injury update on wing-back Kellan Gordon (below), who is expected to miss at least six weeks of action with a back problem.

“It’s not good news on Kellan [Gordon]. He’s got a serious back problem – he had a scan and he’ll be out for six to eight weeks. 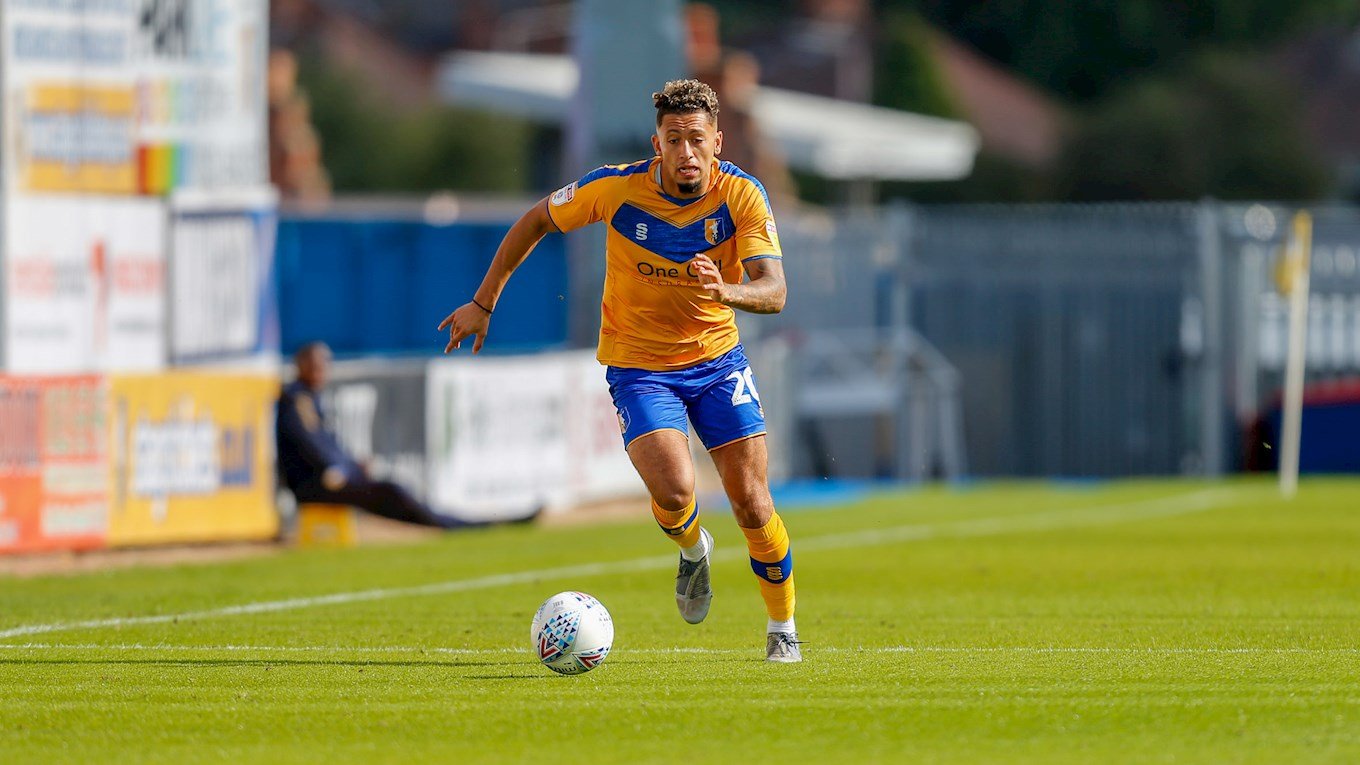 “There will be a period of four weeks where he’ll have to rest up and make sure there’s no further damage done.

“I think it’s important we emphasise how well Kellan has done as he’s still a young player. In terms of the different options we have, Hayden White will hopefully be back soon, he’ll be back in training next week at some point.

“Clarkey [James Clarke] did well the other night [against Port Vale] and CJ [Hamilton] has played at right wing-back for the club and has done well.”

The boss continued his update on Stags’ recent absentees, adding: “KP [Krystian Pearce] has had the flu, so he hasn’t been training, but we’re hoping he’ll be back in contention for Saturday. He’s not training today, but hopefully he’ll be back training tomorrow.

“Danny Rose is back training today, which is a plus. He hasn’t trained in a few weeks so hopefully he comes through training. He’ll be in contention for a place in the squad – if he was named on the bench we’d be delighted as he’d be a brilliant addition to the squad.

“Craig Davies needs more game time, but he’s getting closer. He’ll feature in the next reserves game – it’s been brilliant to have him back with the lads. He’s someone I’d describe as a leader.”