Mansfield Town forward Rhys Oates says the team’s confidence has been lifted following their impressive 1-1 draw with Port Vale at One Call Stadium.

The visitors sat in third place in Sky Bet League Two coming into the game but were restricted to just to just a single shot on target to Mansfield’s six in the game.

Oates led the Stags’ determined performance and won a penalty for his side late in the first-half which was saved by Vale ‘keeper Lucas Covolan.

The 26-year-old felt the team deserved more for their efforts.

"It was a great display from the team all round,” said Oates. “We deserved a lot more than what we got. We deserved a win.

“We went one nil down and we showed [that] we've got the grit and determination to keep fighting.

"It's hard to say [what was missing] really because we [had] been on top for the whole game.

“They've had two shots which were two free-kicks [and] they've scored one of them which you can't do anything about." 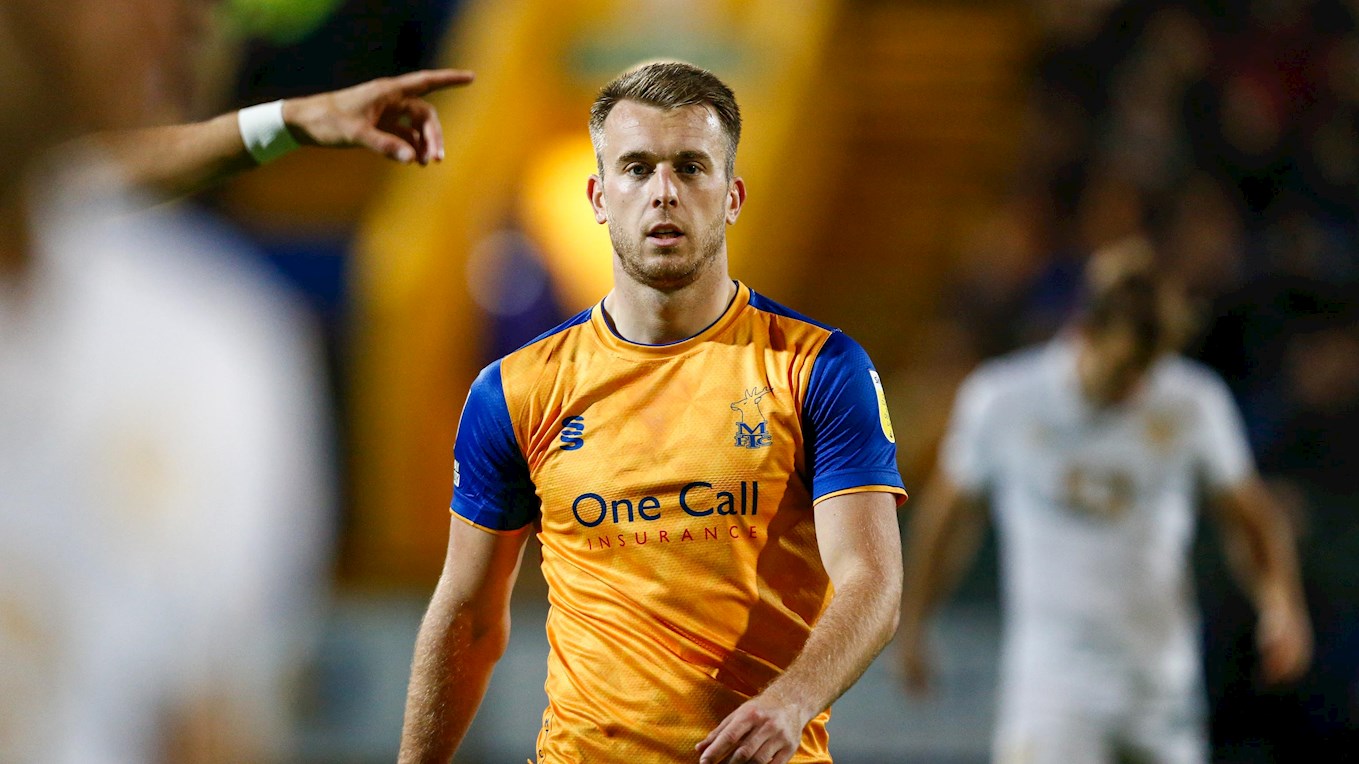 The former Hartlepool man claimed a strong performance from the team had been due.

"The dressing room seems a lot happier after that display,” Oates said. “Once you put on a display like that it shows that we are capable of doing it [battling with teams].

“We can do the hard working side of it but also we've shown that we can get on the ball [down] and play.

"It's been coming. We work every day in training [and] we work as hard as we can.

“We've just got to keep going and that's a big confidence boost for us all.

“It's hard when we've not won for ten games and [our] confidence is low but tonight we've done that. We've rallied together and we've worked well as a team."

Oates played his part in Mansfield’s performance, most notably by winning a penalty in the 42nd minute.

"It was good play between me and Quinny [Stephen Quinn],” described Oates. “I touched it in front of him [the defender] and the referee gave it. We've had a lot of decisions not go our way this season so to get the penalty I think it's just what we deserved really."

The summer signing believes the team can take confidence into Saturday’s trip to Exeter.

"We can compete against any team in this league,” Oates said. “Port Vale were the form team coming into this game and I think we've played them off the park. We've showed that we're capable of beating anyone."


Manager Nigel Clough was delighted by the ‘hunger and desire’ on show from his players during tonight’s clash with Port Vale.