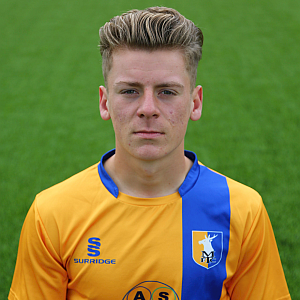 Out On Loan
at AFC Mansfield

Ball-playing midfielder Cameron Healey enjoyed an excellent 2016-17 season, which was capped by winning the Academy Player of the Year award.

Healey was been widely-regarded as our under-18s' most consistent player throughout their EFL Youth Alliance title-winning campaign, bringing both determined tackling and quality passing to the midfield.

As well as captaining the Stags' youth team for much of the season, Healey has often played for the club's under-21s side and has also been named on the bench for the first team.