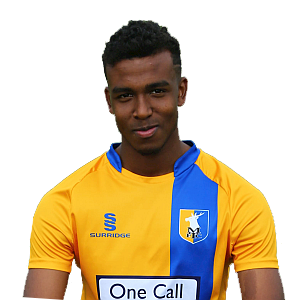 Striker Zayn Hakeem has been involved with the first team setup at One Call Stadium on several occasions during his tenure with the Stags.

The powerful forward has made a handful of appearances for the first team, showing great pace and finesse on each occasion.

Hakeem was previously on the books of Nottingham Forest where he was a part of their under-16s side, and upon being released he was spotted at the exit trials, in which academy manager John Dempster was present.

Hakeem was a regular goalscorer for Dempster’s men, propelling them to back-to-back EFL Youth Alliance titles.

He has also appeared in Mansfield’s two FA Youth Cup runs, where his energetic displays and abilities to beat his marker in a one-on-one situation have impressed the watching spectators.

Hakeem can play as a forward, but is equally effective as a left-winger, which is where he played for Forest before joining Mansfield.