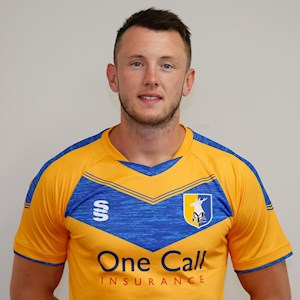 We announced the signing of highly-rated midfielder Ollie Clarke in July 2020.

The 28-year-old reunites with boss Graham Coughlan, who appointed the midfielder as his skipper when manager at The Memorial Ground.

A product of the club’s academy, Clarke made his Rovers’ first team debut in the final game of the 2010/11 season and has since represented the Gas in over 250 matches.

The tenacious midfielder won back-to-back promotions with his hometown club as well as two Player of the Year accolades.