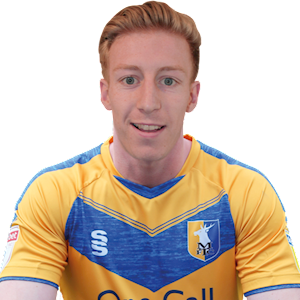 We announced the signing of former Everton midfielder Harry Charsley in January 2020.

Before his departure from Goodison Park, Charsley was a regular in the Toffees’ under-23 team and started against the Stags in the 1-1 Leasing.com Trophy clash between the two sides in August 2019. He was also ever-present in Everton under-23s’ Premier League 2 title win in 2018/19.

The 23-year-old joined Everton at the age of nine, and made one senior appearance for the Blues, in a 3-0 win over Apollon Limassol in the Europa League.

Charsley enjoyed a short loan spell with Bolton Wanderers in 2018, appearing in the Championship for the Trotters against Brentford.

The versatile midfielder has also made outings for Republic of Ireland’s under-17, under-19 and under-21 sides.