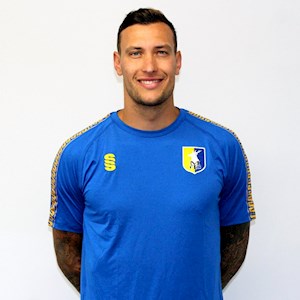 In June we announced the signing of former Luton Town goalkeeper Marek Štěch on a two-year contract.

The 6ft 5in stopper played a crucial role in the Hatters’ promotion to League One in 2017-18, a season in which he was named in the PFA Team of the Year.

Štěch, who has one full cap and 12 at under-21 level for the Czech Republic, earned his first promotion in England with Yeovil Town, helping the Glovers to promotion from League One and later playing in the Championship.