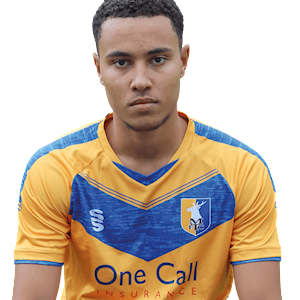 The pacey and powerful forward made his League debut in the first game of the 2018-19 season, appearing as a substitute in Stags' 3-0 win over Newport County AFC at One Call Stadium.

A reocurring knee injury sidelined the striker for almost eight months, but he is currently working to get back to first team matters by playing for the reserves.