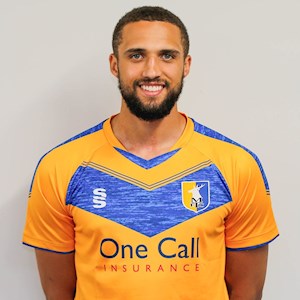 In June 2020 we announced the signing of experienced striker Jordan Bowery from MK Dons, after the two clubs agreed terms for the transfer of the 28-year-old.

After emerging from Chesterfield’s youth system, Bowery went on to make more than 100 appearances for the club before securing a transfer to Premier League Aston Villa for £500,000 in 2012.

Following a loan spell at Doncaster Rovers, the 6ft 2in striker joined Rotherham for more than £160,000.

His next spell, at Oxford United, saw Bowery score seven goals in 16 appearances, before loans at Leyton Orient and Crewe Alexandra.

After impressing at Alexandra Stadium, he made his move permanent to the Alex in May 2017 and following a fruitful two years, earned a deal at League One MK Dons.