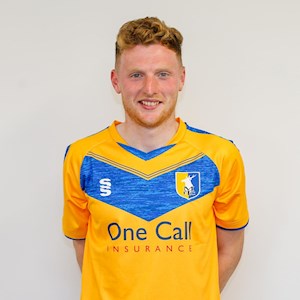 In July, we strengthened our midfield with the signing of George Maris from Cambridge United for an undisclosed fee.

After developing through Barnsley’s youth system, Maris enjoyed loan spells at Nuneaton Town, Guiseley and Lincoln City before signing for United in June 2016.

In recent seasons, he became a significant component in United's midfield, making 150 appearances and scoring 22 goals.