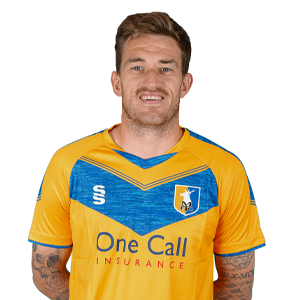 Out On Loan
at Bradford City 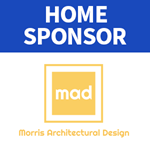 The Stags added striker Andy Cook to their ranks in late June 2019, signing the forward from Walsall for an undisclosed fee.

Cook scored 18 goals for the Saddlers during the 2018/19 season in League One.

Cook, who began his career at Carlisle, enjoyed two loan spells at Barrow before the move became permanent in 2011.

After scoring 18 goals in 60 outings for the Bluebirds, the 6ft 2in marksman joined Grimsby, before re-joining Barrow in July 2014, netting 38 goals in 48 league matches.

His remarkable goalscoring exploits continued at his next club, Tranmere Rovers, as Cook found the net on 51 occasions in a two-year stint.

Cook’s spell at Rovers saw him help the club to a 2-1 victory over Boreham Wood in the National League play-off final at Wembley last summer.

At the end of his Tranmere contract, the front man joined Walsall and became their top goalscorer in League One last season.

After half a season with the Stags, the frontman returned to Tranmere on loan in January, on a deal that lasted until the end of the campaign.

Cook is now on loan with fellow Sky Bet League Two outfit Bradford City, where he will remain until the end of the campaign.