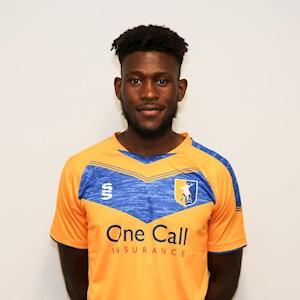 We announced the signing of powerful defender Rollin Menayese from Bristol Rovers in late July 2020.

The 22-year-old, who rejoins his former manager Graham Coughlan, has penned a two-year contract at One Call Stadium.

Schooled at Cardiff City as a youngster, the 6ft 3in defender has captained Wales’ under 16s as well as The Bluebirds’ under-18s.

After a spell at Weston Super Mere, his talents were spotted by Bristol Rovers, for whom he made his league debut in October 2017 in a 6-0 victory away at Northampton Town.

Loan spells at Swindon and Aldershot then followed, before he returned to the Memorial Ground to establish himself in the first team, appearing on 23 occasions last season.