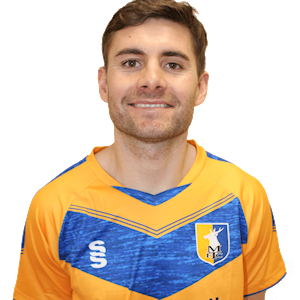 Born in Salford, Riley began his professional career with Bolton Wanderers in 2011, after graduating from the club’s academy.

The 28-year-old made his competitive debut for the Trotters in a League Cup tie against Macclesfield Town in August 2011, before appearing in the Premier League for the first time in a 5-0 win over Stoke City at the Reebok Stadium in November of the same year.

Riley received a standing ovation when taken off late in the win over the Potters, and started the next game against West Brom.

In February 2012, the defender signed a three-and-a-half contract with then-Premier League Wanderers.

A half-season loan spell at Oxford United in 2014 followed, in which he made 28 appearances in all competitions for the U’s between August 2014 and January 2015.

Riley then joined Bury in January 2015, helping the club earn automatic promotion to League One in his first half-season, as the Shakers finished in third position.

The full-back made the switch to fellow League One side Shrewsbury in 2016, making 42 league appearances in total for the Shrews before making the move to Plymouth in June 2018.

He has made 18 appearances for the Pilgrims in 2019/20, the last being in a 3-0 victory over Carlisle United in Sky Bet League Two.