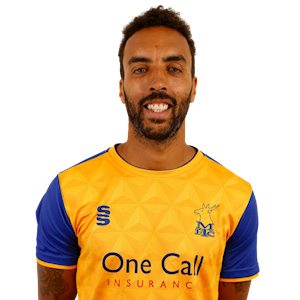 He started his career at Nottingham Forest, where he enjoyed promotion from League One in 2008, and made over 200 appearances before signing for Newcastle United in July 2010, for a fee believed to be £1.5 million.

The versatile man who often plays at centre-back for Mansfield, can also play at right-back and in midfield.

In his first season for the Stags, the experienced 35-year-old appeared 35 times and netted on three occasions.