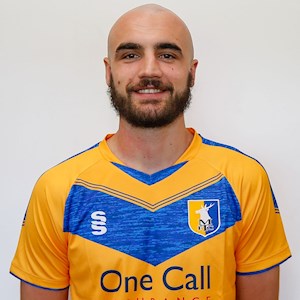 We announced the signing of commanding defender Farrend Rawson on a two-year contract in July.

The former Forest Green Rovers’ centre-half became the Stags’ fifth signing since the conclusion of the 2019-20 season.

Rawson came through the youth ranks at Derby County and then enjoyed loan spells with Accrington, Coventry City and Rotherham United before leaving Pride Park to join Forest Green in January 2018.

The 24-year-old has since been a mainstay in the Forest Green Rovers’ defence, making 97 appearances for the Gloucestershire club.