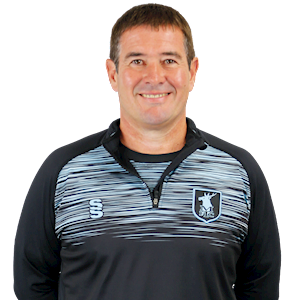 The Stags announced Nigel Clough as their new manager in November 2020.

As a player, he made over 300 league appearances for Nottingham Forest, becoming the second highest scorer in Forest’s history, before moving to Liverpool in 1993.

Mr. Clough also spent time with Manchester City and Burton Albion as a player, in a career that saw him make 14 caps for England.

His managerial career started with non-league Burton Albion in 1998, and after steady progress in each of his first three seasons, the Brewers were crowned champions of the Northern Premier League in his fourth term at the helm.

Burton were on course to earn promotion to the Football League for the first time in their history in the 2008/09 season, as Mr. Clough led them to the top of the Conference table, which included a run of 11 straight victories along the way.

He moved to Championship outfit Derby County in 2009, leaving a table-topping Burton side who would eventually go on to secure their Football League status in that season.

Derby had fears of relegation before Nigel Clough took charge, but the now-54-year-old improved the club’s form and finished 14th in his first full term, four places higher than the previous campaign.

In 2011/12, he led the Rams to their best start to a season in 106 years, as they began their campaign with four victories from four.

He joined Sheffield United in 2013, and despite the Blades sitting in the relegation zone when he took charge, they ended the campaign seventh in League One.

Sheffield United also became the first third-tier side to reach the semi-finals of the FA Cup since 2001, a run which included victories over Premier League outfits Aston Villa and Fulham. This success led to Mr. Clough being named as the FA Cup Manager of the Year.

Nigel Clough returned to Burton Albion in 2015, guiding the Brewers to the Championship for the first time in their history.