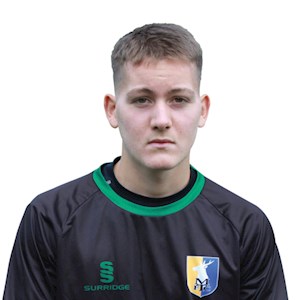 Jersey-born goalkeeper Xavier Sundby is now in his second year with the club after an impressive breakthrough season.

Sundby began the 2016/17 campaign as Stags' second choice 'keeper behind Sam Wilson, but impressed after Wilso suffered a bad elbow injury in October 2016.

His stand-out game for the Stags was our FA Youth Cup defeat away to Fulham, during which he made a string of excellent saves.