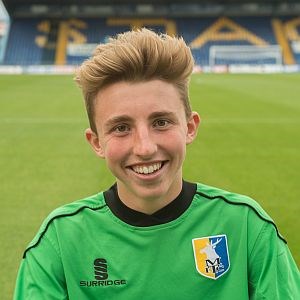 Out On Loan
at Frickley Athletic

Goalkeeper Sam Wilson was a key member of our under-18s' side for two seasons, and has since made the step up to our under-21 squad.

After dislocating his elbow midway through the 2016-17 season, Wilson returned in the second half of the campaign and played a pivotal role in the youth team's EFL Youth Alliance title-winning campaign.

Following his return, Stags extended their unbeaten run to 10 games, of which Wilson played in six, and made a number of outstanding saves as John Dempster's side held their nerve to win the title.