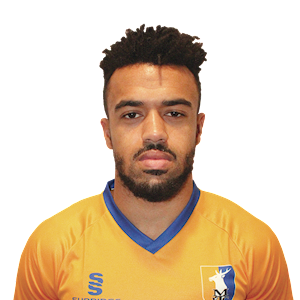 Charlton Athletic striker Nicky Ajose joined us on loan in January until the end of the season.

Born in Bury, Ajose began his career with Manchester United, and moved to the Addicks by way of Peterborough, Leeds United and Swindon Town.

The 27-year-old has made 16 appearances for Charlton this season, the majority of which have come in Sky Bet League One.

Ajose won Swindon’s Player of the Season award in 2016, following a campaign where the striker netted 25 times in 40 appearances.

The front man was also part of the Bury side that won promotion from League Two in the 2010-11 season, scoring 13 times as the Shakers finished second in the table.