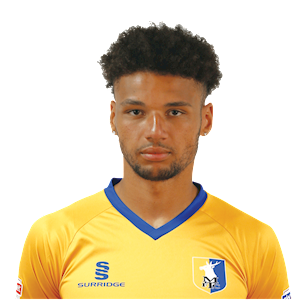 Mansfield Town beat off significant competition to secure the services of highly-rated frontman Lee Angol for an undisclosed fee from Peterborough United.

After being schooled at Spurs, Angol joined Wycombe, before making a move to Luton Town.

A hugely successful loan spell at Boreham Wood saw the striker net 32 goals in all competitions, as well as scoring in the play-off final to help the club into the Conference National.

The livewire frontman was soon snapped up by Peterborough United for an undisclosed fee in the summer of 2015 and he quickly became the Posh's leading goalscorer in their League One campaign.

An injury prevented the gifted youngster from once again being top of the goal charts and towards the end of the season he sought only to regain match fitness in competitive football.

He subsequently joined Lincoln City for a substantial loan fee and in the main scored the goals and produced the performances which saw the Imps promoted to League Two.