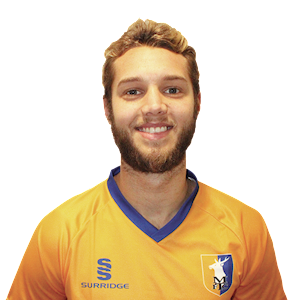 We announced in January that creative attacking midfielder Jorge Grant had joined us on loan from Nottingham Forest until the end of the season.

The 24-year-old spent time on loan at Sky Bet League One high-flyers Luton Town this season, having made 22 appearances for the Hatters this term, netting four times.

Grant is a graduate of the Nottingham Forest academy, and has made 17 Championship appearances for the Reds in his career.

He spent last season on loan at Notts County, scoring 19 times in 56 appearances in all competitions. Following an impressive campaign with the Magpies in 2017-18, Grant made the PFA League Two Team of the Year.