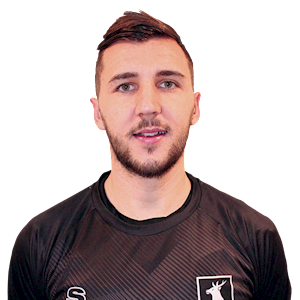 Goalkeeper Jordan Smith joined the Stags in January on loan from Nottingham Forest until the end of the season.

Smith, 24, made 32 appearances for the Reds last term, most of which came in the Championship.

The ‘keeper is a product of Forest’s academy, and made his professional debut in February 2017 in a Championship clash against Norwich City, coming off the bench after 23 minutes to replace the injured Stephen Henderson.

Two weeks later, Smith kept his first clean sheet in Forest colours, in a 0-0 draw away to Wigan Athletic. The following week, he recorded a second consecutive clean sheet, as the Reds earned a 3-0 win over Brighton.

The shot-stopper has also spent time on loan at the likes of Barnsley, Ilkeston and Nuneaton Town in his career.

Smith appeared during a loan spell at Barnsley in November 2018, keeping a clean sheet away to Accrington Stanley in a 2-0 win.