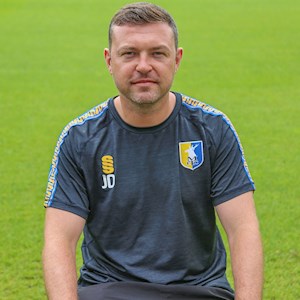 Former Mansfield academy manager John Dempster was appointed as the club's first team boss in May 2019.

Dempster spent four years with Stags' under-18 side, winning the EFL Youth Alliance title in three of those four seasons.

A former centre-back with the amber and blue, John Dempster was part of the Conference title-winning side of 2013, and later went on to captain the club.

He became academy manager towards the end of the 2014-15 season, going on to win the youth title in three successive campaigns.