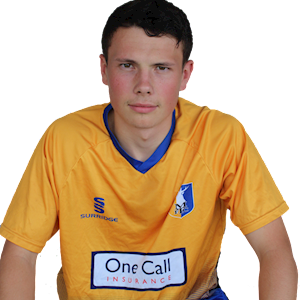 Classy midfielder Harry Bircumshaw signed on a professional under-21 contract this year after spending two title-winning seasons with Stags' under-18s.

Harry was a regular scorer for the under-16s before making the step up to the under-18s, where his calming presence in midfield and exceptional passing ability caught the eye of many.

Although Bircumshaw primarily operates in the heart of midfield, he can play in a number of positions.