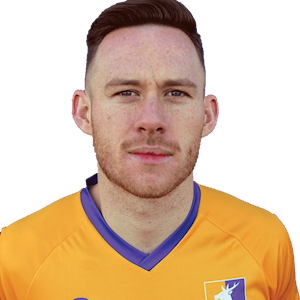 Fleetwood Town wing-back Gethin Jones joined us in January on loan until the end of the 2018-19 season.

The 23-year-old is a product of the Everton academy, helping the Toffees to win the under-18 Premier League in 2014, before signing a professional contract with the club.

The right wing-back made his professional debut for Everton in 2014, coming on as a substitute in a UEFA Europa League clash against FC Krasnodar.

In March 2015, Jones was loaned to League Two side Plymouth Argyle for the remainder of the season, making six appearances as the Pilgrims reached the play-offs.

On 18 January 2017, he joined Championship side Barnsley until the end of the 2016-17 season, making 17 league appearances during that spell.

Almost a year on, Jones signed for League One side Fleetwood Town in January 2018, making his first start for the Cod Army in an FA Cup third round replay against Premier League outfit Leicester City.

Born in Perth, Jones is eligible to play for either Australia or Wales. Jones has made appearances for the Welsh under-17, under-19 and under-21 sides, the latter of which he served as captain.