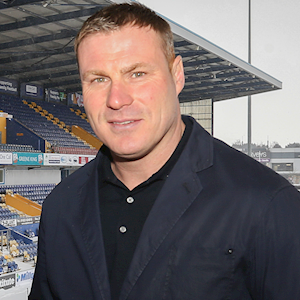 After a 19-year playing career which included long stints with Chester City, Rochdale and Bury, Flitcroft made the step into coaching by accepting a position with Keith Hill's Rochdale.

Prior to the start of the 2011/12 season, Flitcroft joined Hill as he departed for Championship side Barnsley, becoming assistant manager at Oakwell.

The following season, after Hill departed, Flitcroft was handed the reins on a permanent basis and guided the Tykes to Championship safety on the final day of the 2012/13 campaign.

The Shakers were languishing in 20th when he took over, but Bolton-born Flitcroft transformed their fortunes, securing a comfortable 12th-placed finish in 2013/14.

Flitcroft reshaped his Bury squad in the summer for a promotion challenge which ultimately ended in success with a 1-0 final day win over Tranmere Rovers, clinching promotion to League One.

The new Stags' boss parted company with Bury in November 2016 and accepted the vacant manager's post at Swindon Town prior to the beginning of the last season.