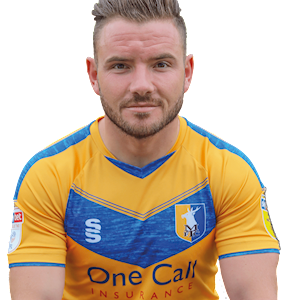 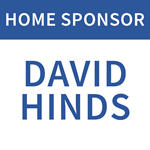 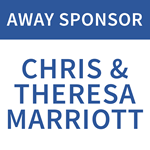 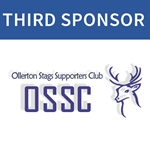 Tireless midfielder Alex MacDonald joined the Stags from League One side Oxford United in January 2017.

The 29-year-old played 30 times for the U's in the 2015-16 season and has made a real impression on the Stags' fans thanks to his energetic and determined displays.

The Warrington-born winger progressed through the youth ranks at Lancashire club Burnley before turning professional with the Clarets in 2008.

He made 17 appearances for Burnley over a five-year period as he joined a number of clubs on loan during that same time.

MacDonald won eight caps for the Scotland under-19 side during the 2008-09 season and scored a fantastic tally of seven goals, including a brace against France when he was handed the captain's armband. He also went on to win five caps for the under-21s, scoring one goal.

After spending the first half of the 2009-10 season on loan at Scottish side Falkirk, he returned to Turf Moor.

He didn't feature under new manager Brian Laws in the following season, so again moved north of the border to join Inverness Caledonian Thistle where he scored his first professional goal in a 3-0 win over Motherwell.

The former Scotland under-21 international then had two successful loan spells with Plymouth Argyle, where he scored six goals in 35 appearances across the 2011-12 and 2012-13 seasons.

Despite expressing a desire to move to the Pilgrims on a permanent basis, MacDonald was sent back out on loan to Burton Albion, with whom he signed permanently after spending the second half of the 2012-13 season with them.

The winger made over 60 appearances in an 18-month spell at the Pirelli Stadium, including 25 appearances in the Brewers' League Two title-winning season, before joining Oxford United on a two-and-a-half year deal in February 2015.

MacDonald made 40 appearances and scored five goals as the U's won promotion from League Two in the 2015-16 season.

'Macca' has turned into a real fans' favourite at One Call Stadium with his energetic performances, whether that be as a winger or a central midfielder.