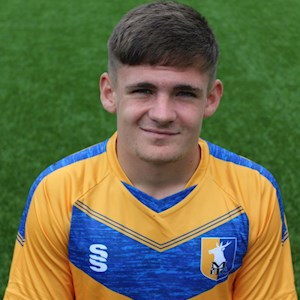 Ryan Ingram has been with the Stags since he was 13, coming through the youth ranks to earn his amber and blue scholarship.

The striker models himself on Premier League star Jamie Vardy because of his pace and ability to run in behind the defence.

Ingram was the top-scorer for Mansfield Town's under-15s in 2016, as he fired his side to three trophies in a stunning season.

Alongside football, he's a talented cricketer, boasting the 'best batsman' award from his time playing for Mansfield and Pleasley Cricket Club.