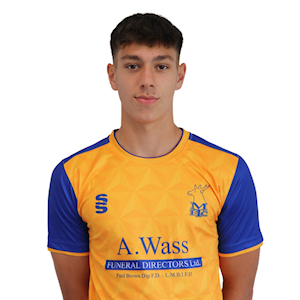 After joining the Stags in July 2021, McKeal has become an important attacking asset in the under-19s’ team. He is a player who will occasionally feature out wide but his main position is striker. One of McKeal’s biggest strengths is running in behind the opposition's defence as he looks to catch them off guard.

Nickname: Mikey - when I joined not many people knew how to say my name so they called me Mikey.

Favourite TV series: Prison Break because it is exciting and it makes you want to watch more.

Favourite holiday destination: Mauritius as it is hot and has good resorts.

Favourite artist/band:  50 Cent as he has good albums and singles.

Favourite app: Snapchat so I can talk to friends.

Favourite sportsperson: Cristiano Ronaldo as he is dedicated and is a great player.

Biggest joker in the squad: Darien Wauchope; he always has something funny to say.

Your initiation song: I did one but I can’t remember which song.

Hobbies outside of football: I like to meet up with my friends. I also enjoy watching UFC and boxing.

Matchday superstitions: I use the same shower gel every matchday in the morning.

Which player would you like to play alongside: Kevin De Bruyne as he would create a lot of chances for me.