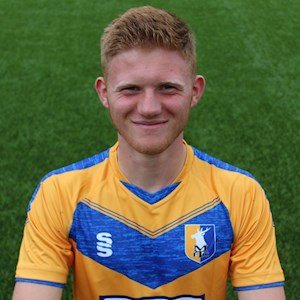 Joshua Scott is a strong target-man who looks to spearhead the amber and blue's attack with his hold-up play.

The former Hartlepool United striker enjoys the challenge of having to adapt to different formations with the Stags, along with the club's emphasis on hard work.

Scott is a Newcastle United fan, whose biggest inspiration is Toon legend Alan Shearer. He hopes to one day emulate his boyhood hero by winning the Premier League.