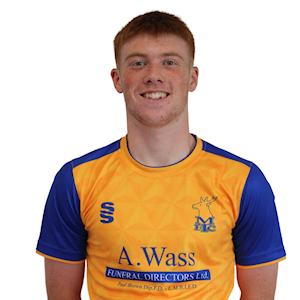 After joining the Stags in July 2021, Charlie has become a leader for the under-19s side both on and off the pitch. The defensive-minded midfielder, who often wears the captain’s armband, has many strengths to his game. Some of those include winning the ball back and looking to play a forward pass to get his team on the front-foot.

Favourite holiday destination: Tenerife because it is hot and has nice hotels.

A player you play like: Casemiro as he plays simple and with aggression.

Your initiation song: Barbie Girl; it was fun.

Hobbies outside of football: Golf.

Which player would you like to play alongside: Xavi; you could learn so much.