A Mansfield Town XI progressed through to the semi-final of the Notts Senior Cup following an emphatic 6-1 win against a Notts County XI on Tuesday night at Meadow Lane.

Jason Law, Kellan Gordon, Rhys Oates, Jordan Bowery and James Gale (brace) were on the scoresheet for the Stags.

Charlie Carter, the 18-year-old midfielder, accompanied a side largely consisting of first team players in the starting XI against the Magpies.

Midfielder Jason Law captained the side for the second match in a row in the Notts Senior Cup, the first of which came in October’s 6-0 win against Selston.

The encounter began at an electric pace.

The first goal of the evening came after only five minutes as Oates drove down the left-hand side of the pitch and managed to pick out skipper Law, who did the rest in the centre of the box to break the deadlock in Nottingham.

The lead was short-lived, however, as Notts equalised straight from the restart.

The goals in the early stages of the cup tie didn’t end there. After receiving the ball in the final third, right-back Kellan Gordon managed to get his head up and guide a wonderfully curled effort beyond Magpies’ shot-stopper Fin Wilkinson to restore Mansfield's lead on eight minutes.

After regaining the advantage, Stags were in control.

On 16 minutes, forward James Gale found the back of the net but was ultimately flagged offside by the referee’s assistant.

Only a minute later, forward Jordan Bowery whipped a dangerous ball into the Notts County area for Oates to convert first-time and add Mansfield’s third goal of the evening.

Magpies’ goalkeeper Wilkinson made a number of first-half saves to help keep the game within sight for the home side.

But on 43 minutes, Stags extended their advantage as Gale added his first of the evening - tapping home amongst a scramble of bodies in the penalty area to make it 4-1.

The amber and blue made a double substitution at the break. New signing Lewis Page joined goalscorer Oates in being replaced by Academy duo Taylor Anderson (defender) and attacker Jakub Kruszynski, respectively.

Kruszynski played a big part in Stags’ fifth goal of the night after intercepting the ball in the opposition's box to wriggle past a couple of defenders before getting his shot away. The busy Wilkinson made an initial save but parried the ball into Bowery’s path, who tapped home into the bottom right-hand corner.

With just over 20 minutes left to play, Stags made their final two substitutions of the night as ‘keeper Louie Turner and forward McKeal Abdullah replaced shot-stopper Scott Flinders and the scorer of Mansfield's fifth, Jordan Bowery.

The young Stags looked hungry to impress, rubbing shoulders with several first team regulars, and Abdullah didn’t have to wait long before having his first chance of the night.

After receiving the ball on the edge of the hosts’ box, the under-19s' frontman tried his luck from range but his strike was saved.

On 78 minutes, James Gale netted Mansfield’s final goal of the game to make it 6-1 following a mistake in the Notts defence. The 20-year-old pinched the ball from a Magpie defender, charged at goal and fired past Wilkinson to make it six.

A controlled and commanding victory on the road saw Stags progress into the semi-final of the Notts Senior Cup. 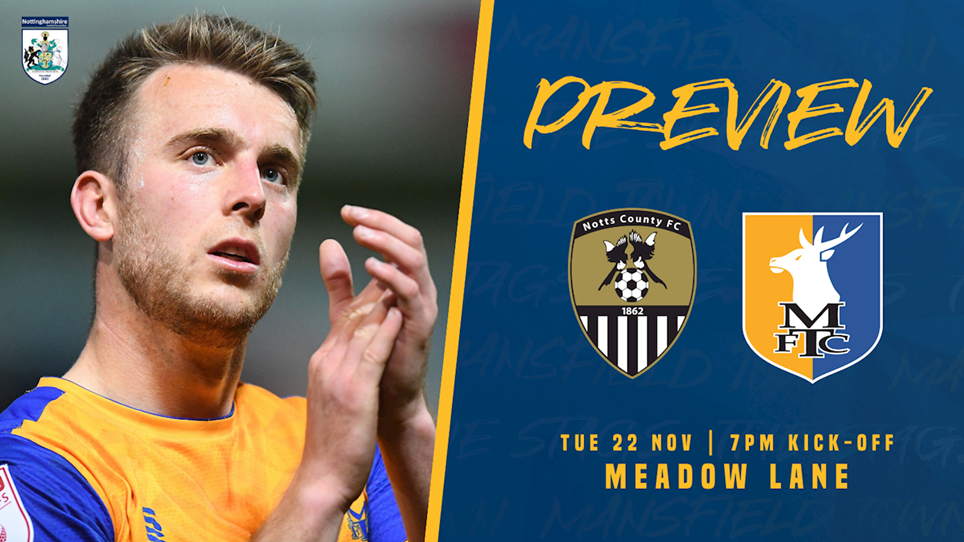 
A Mansfield Town XI will face a Notts County XI in the quarter-final of the Notts Senior Cup at Meadow Lane tomorrow night (7pm kick-off).


Man of the moment Lucas Akins sent One Call Stadium into raptures as his last-gasp goal earned Mansfield a confidence-boosting victory over Colchester United.


Two goals in the dying embers saw Everton under-21s book their place in the last 16 of the Papa Johns Trophy as Mansfield let a one-goal lead slip deep in added time at Goodison Park.