Mansfield Town will use the heartache felt at Wembley on Saturday as fuel to launch a successful campaign next season, manager Nigel Clough said today.

The Stags lost 3-0 to Port Vale in the Sky Bet League Two Play-Off Final, but – when summing up the season - the gaffer feels his squad can be proud of a remarkable journey from joint-bottom of the league table to narrowly missing out on promotion.

In a wide-ranging interview today with iFollow Stags at RH Academy  - the club’s training ground – the manager began by describing his feelings two days after Saturday’s disappointment.

“It hurts like hell when it happens, you curl up and just gradually the pain goes away a little bit.

“The memory is always there of that kick and the overwhelming feeling that we’ve let everybody down.

“When you see the thousands that came down and supported us, we just couldn’t manage to do it for them.

“We wanted that [winning] feeling for ourselves but more so for everybody else [and] the memory that we could’ve created down there [in the Capital].”

Nigel said the club can be proud, however, of the progress made this season.

“When everybody slightly gets over it [Saturday] we’ll think, ‘I tell you what; it’s been a hell of a season.’

“The highs and the lows have been out of proportion [this campaign] I think, even by footballing standards.

“The highs of what we’ve done since October, losing only six league games and getting to Wembley [has been outstanding] but it’s not just that, it’s the manner in which we did it as well.

“Having 13 or 14 wins at home out of 16 [league matches] is absolutely remarkable.

“We’ve won as many games as most teams [since October]. I think there’s only five teams in the country that have won more than us [in that time].

“We finished seven points off the top of the league.

“Seven points – that’s all – from winning the league and that’s with a run where we didn’t win for 14 games.

“We know we’re pretty close [to being a promotion-achieving team], we know we’re not far away.

“It’s now a matter of putting that [Saturday] behind us and going again.

“We have no choice. We start the season in less than nine weeks. 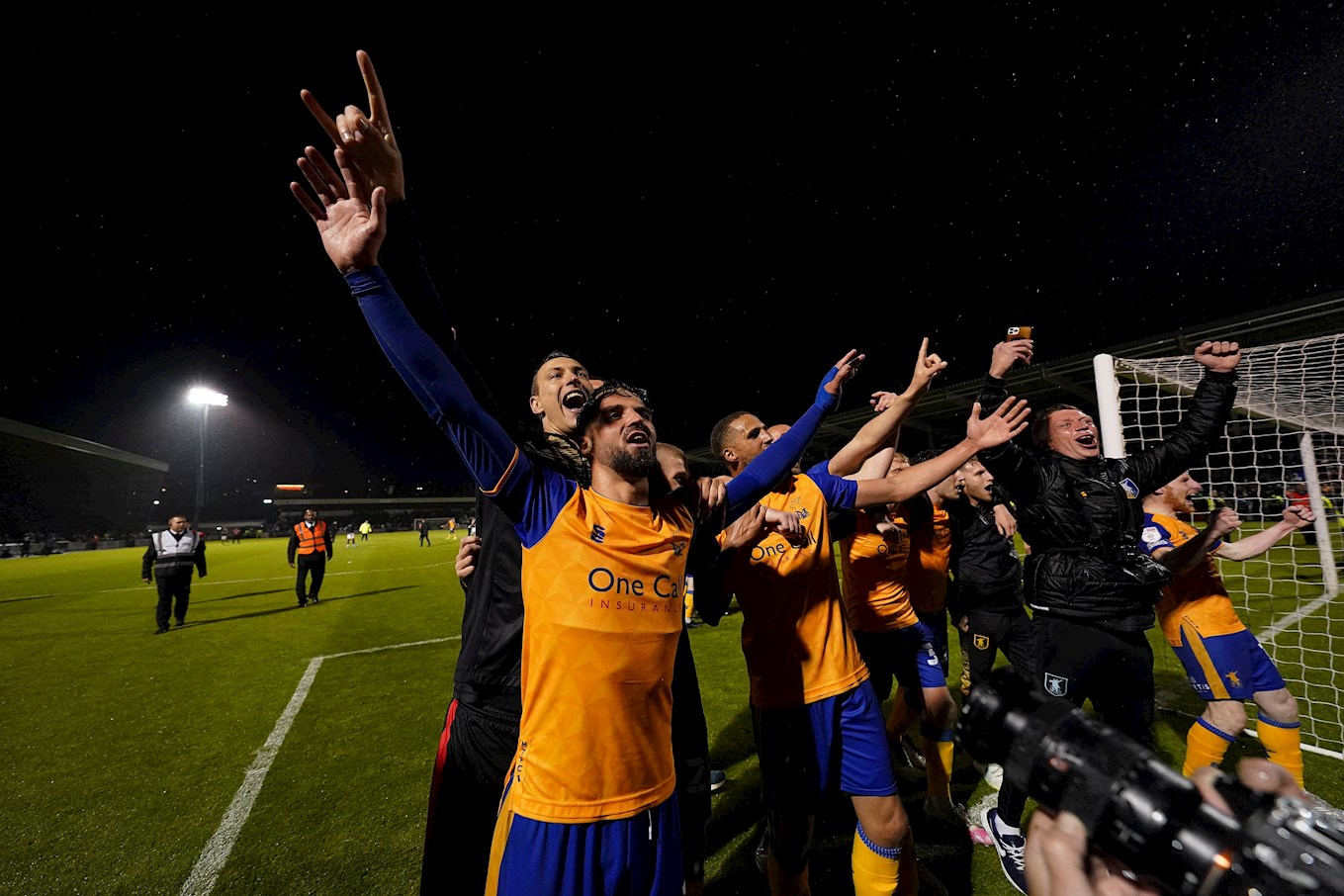 The boss has already outlined recruitment plans for next season.

“We need a few players in, so that starts straight away,” he said.

“I think we have 13 or 14 outfield [players] in place at the moment so we need four or five to add to that, but they have to be good ones in order to improve the squad.

“We know the areas we have to improve in.

“I think the experience we have has been vital in getting us through the bad spell [earlier in the season].

“I think one in each [position is needed in the summer] depending on who stays and who goes.

“I think we only need one defender, we’re happy with our defensive options at the moment.

“[We’ll look at bringing in] A couple of midfielders and a couple of attackers, that will be the aim and if we can get five in those areas then we’ll be happy.”

The boss remains hopeful of on loan goalkeeper Nathan Bishop playing for Mansfield again, next season.

“We’ve got to look at the goalkeeping situation, we’d love to keep Nathan Bishop,” said the manager. 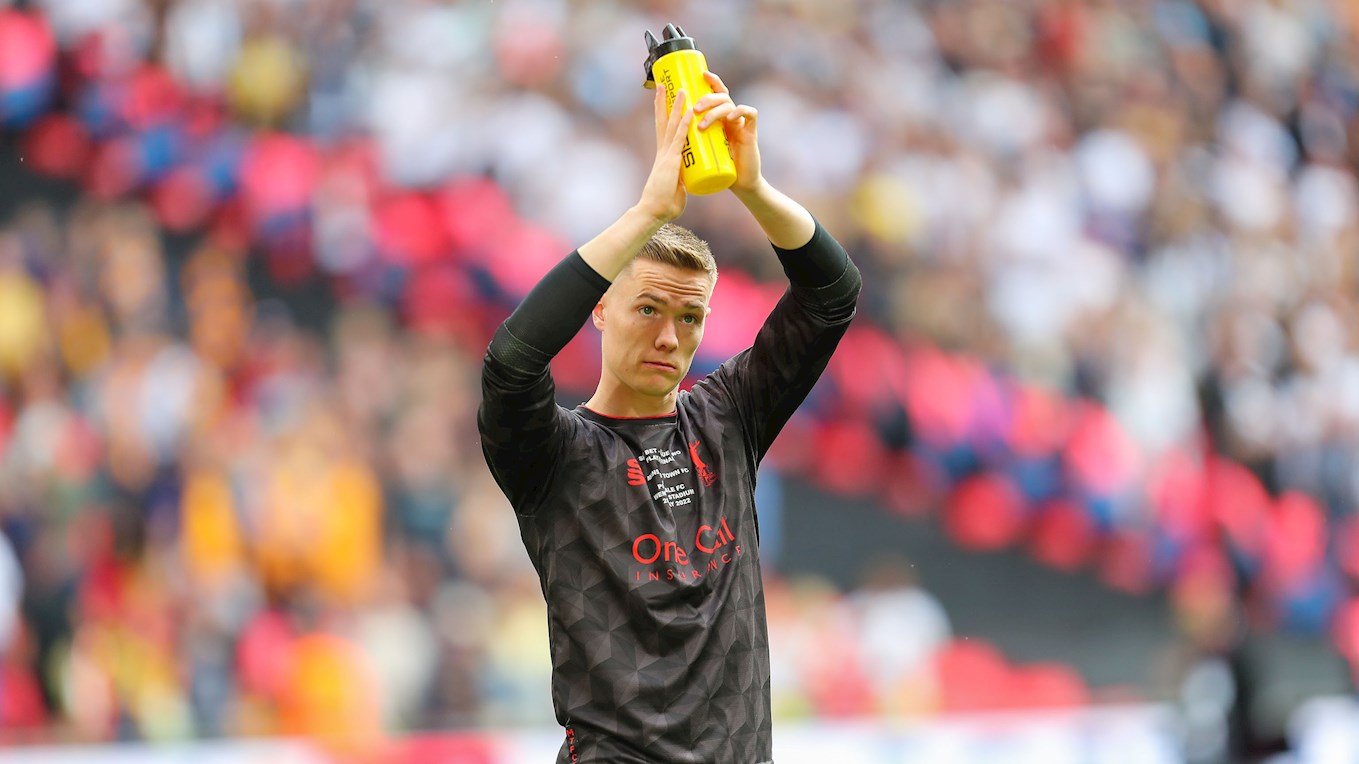 “We’ve already instigated a discussion with Man U [his parent club] about that.

“He’s [Bishop] just played 52 games for us which is more than he’s played in his career, do the same next season and you’ll improve again.”

Nigel provided an update on when supporters can expect to see the club’s retained list and revealed that two of the Stags’ star men are close to signing new deals.

“That’ll be this week [that the retained list is announced].

“We’ve got a couple of conversations to have. The good news is that Jordon Bowery and James Perch are very close to agreeing new deals. 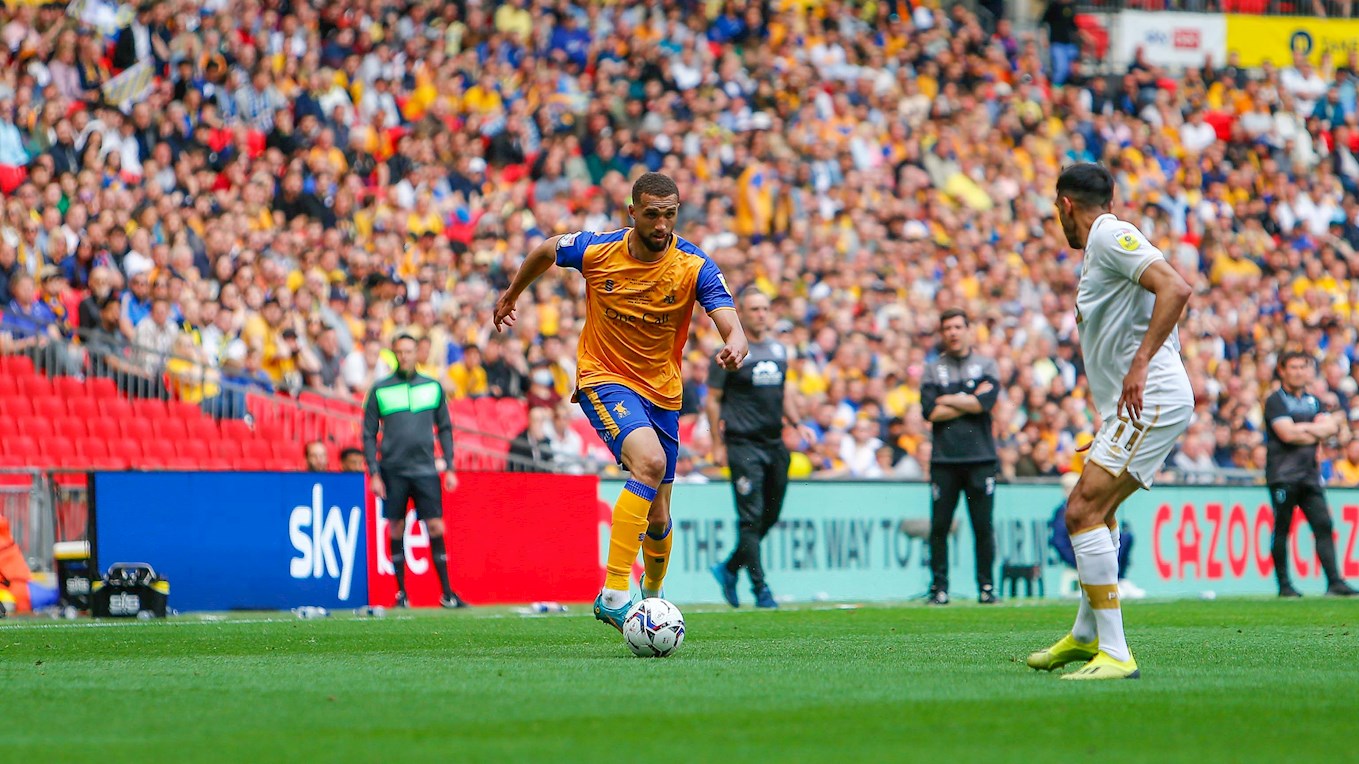 “I think – in principle – they’ve been agreed. We’ll get cracking on those this week, but they’re agreed in principle.”

When asked about the clubs plans for a trip away in pre-season, the boss said: “We’ve booked Scotland for a few days.

“We tried to book it for the second week in July and then we found out the Open was on at St. Andrews which just sums up our luck, the 150th Open.

“We’re going the week before and we’re just having a few days at the University up there, no games at that early stage.

“[It will be] Just training and doing some of the work that we would be normally, up there.

“It will be important to get everybody away. It’s always good to integrate new players and everything so we’ll be looking forward to that.

“I think we come back and play Retford, for our first pre-season game, on Saturday 09 July.”

With preparations already underway, Nigel says the aim will be to go one step further next campaign.

“That’s the aim, another successful season and to go one step further [and achieve promotion].

“I think the players, after a day or two, will want to get back at it as soon as possible and say: ‘we’re going to put this right, let’s try [and finish] in the top three.’”