As we remember the life of Ivan Hollett, we look back on one of Ivan's final public interviews - in December 2014 - for our official matchday programme 'The Stag', with journalist and Stags' supporter, Jon Griffin.

How many former Stags can claim to have scored a hattrick against Arsenal and worked down a mine when not turning out at Mansfield Town?

The man’s name is, to this day, part of the fabric of Mansfield Town’s history, the club he served loyally for well over 20 years as player, assistant manager, youth team coach and in various other capacities.

But then Ivan was always the adaptable type, as a former mining engineer turned footballer of considerable renown and abilities would be. Even Neil Warnock – a ‘cocky bugger’ back in the 60s in Ivan’s words – once claimed the rugged striker as his ‘idol’ when the pair played together at Chesterfield, and that relationship is surely about right.

“Sam Weaver signed me in 1957 when I was 17. In those days it was fixed money. It was about £15 a week full-time and part-time you would get £5 a week. If I ended up with £20 that was the maximum wage. I was still part-time when the maximum wage was abolished; Johnny Haynes at Fulham was the first £100 a week player after that,” says Ivan.

“Waggy (Ken Wagstaff) came after me, it was Raich Carter (Stags manager) who sent me to watch him. He was a bit younger than me and he was playing for Langwith Woodland Imps. He had scored 100 goals for them but he didn’t get to the away games because he would not be able to get back whilst the pubs were open. (Presumably the teenage Waggy was relying on public transport to get home in those distant days).

“That was youth football, Peter Morris knew a lot about him, Waggy was a character. After that, we both played together in a game out near Leicester for a Mansfield Town representative side, and we both scored.

“He is the best centre-forward I ever played with, apart from Bobby Charlton. If Waggy had signed for Arsenal instead of Hull, he would have played for England.

Ivan, who scored more than 130 goals in a career which also took in Chesterfield, Crewe, Cambridge, Durban in South Africa and Hereford, also came to Arsenal’s attention and a sum of £20,000 was briefly mentioned, but no deal was completed.

“We played Arsenal Reserves in the Football Combination at Mansfield, drew 3-3 and I scored a hat-trick. Sam Weaver had just taken over. It was a brilliant experience. Waggy was brilliant but some people said his reputation stank in London because of drinking and smoking. It was grossly exaggerated.”

Fifty years or so down the line, Ivan reflects on what might have been at Highbury or elsewhere. “It would have been nice, but you were tied in those days, we were like chain-slaves. It was before the maximum wage, they had got you by the short and curlies. 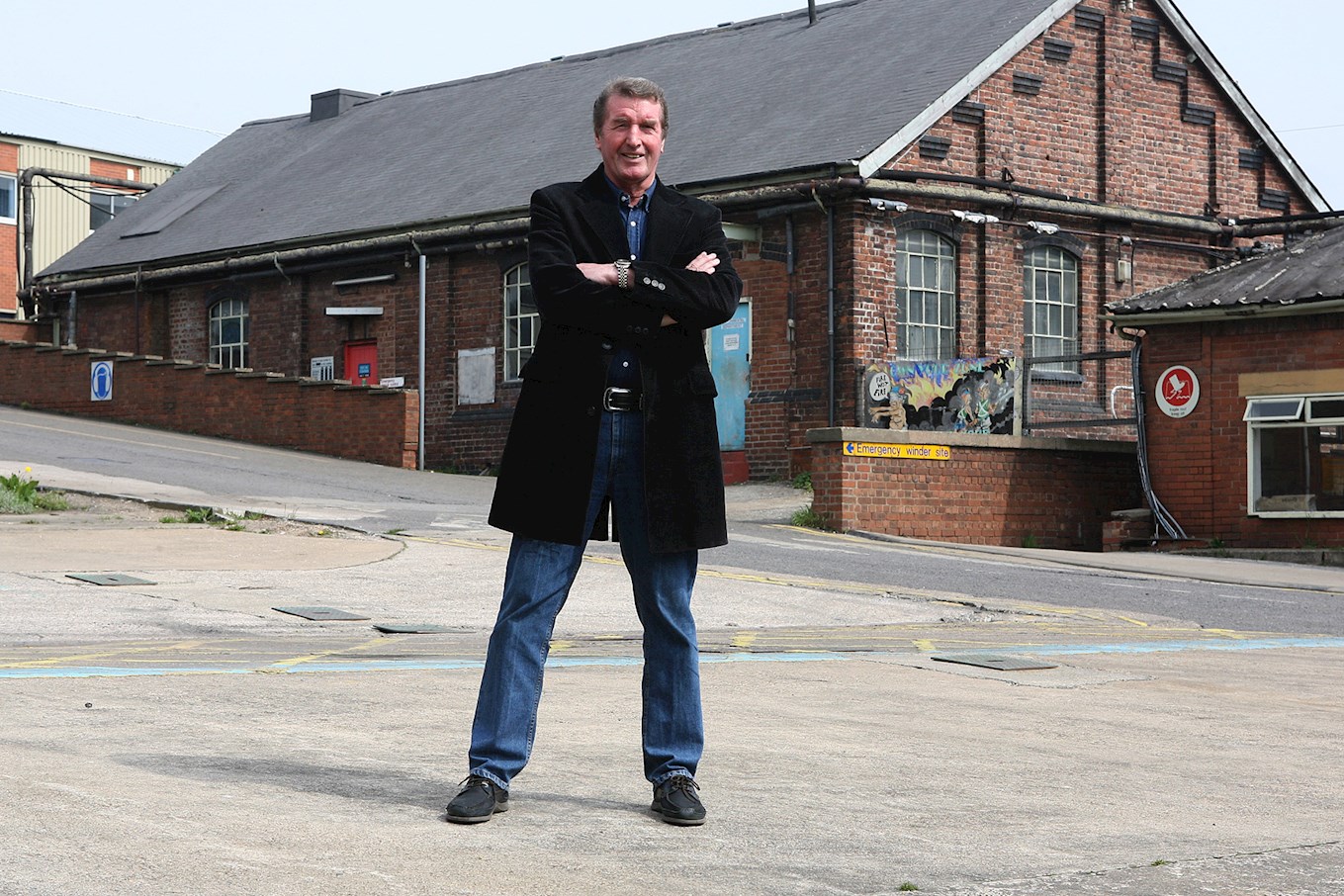 “I had a great time at Mansfield. Derby wanted me to sign for them but my dad would not let me go there as an apprentice. I was part-time at Mansfield and worked down the mine at Swanwick Colliery near Alfreton, that was a great apprenticeship.

“All the hours I was doing hit me eventually, I had an abscess of the tooth and it hit me for six. There was a day-shift, seven to two or an afternoon shift, two to 10. I had to work so many hours at the mine, it was good because the lads down the pit were brilliant.”

Ivan celebrated in style when he joined the Stags full-time. “I took the toolbox and threw it into the slurry pit and said, ‘the pits will never see me again.’ 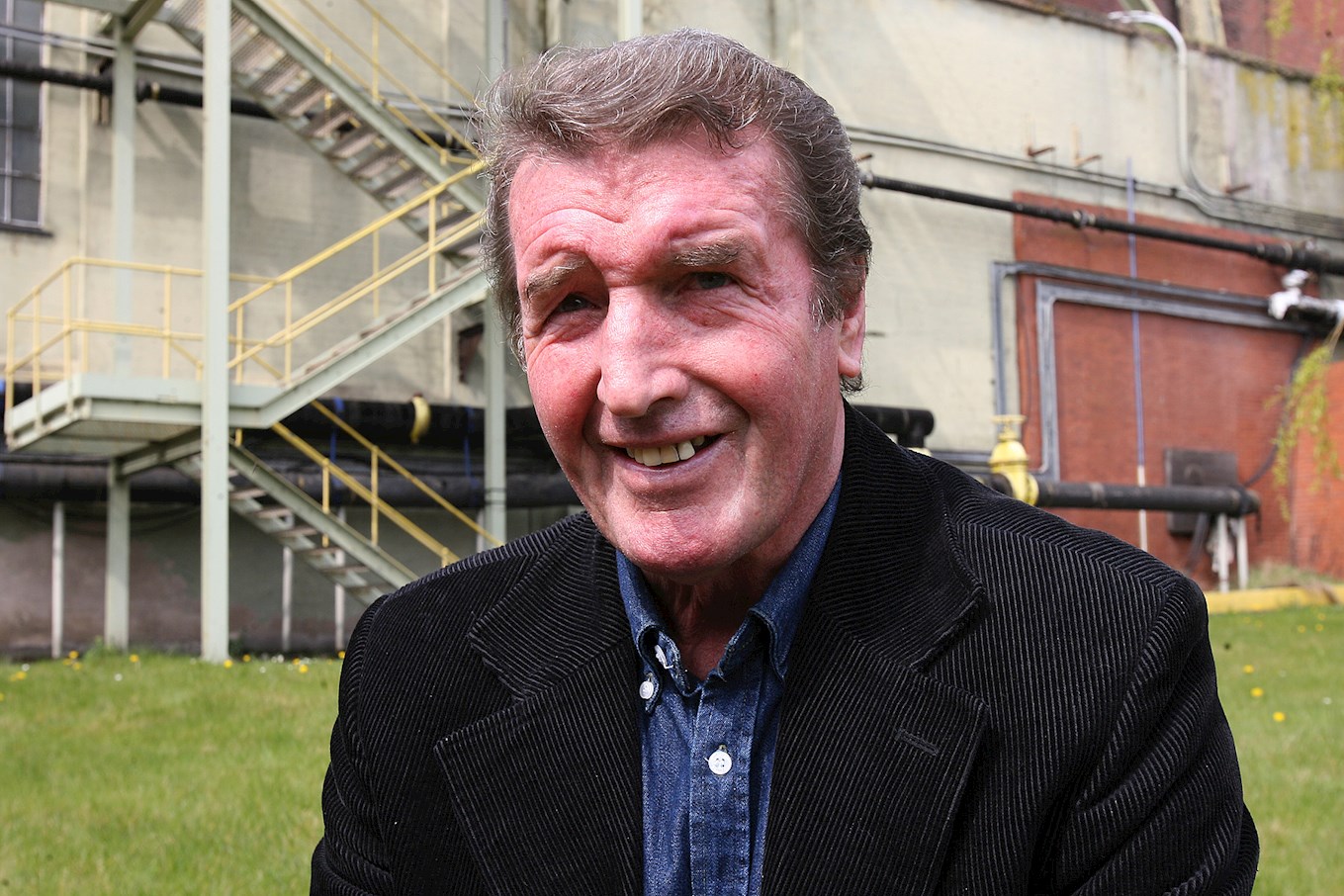 “Then Raich Carter left and Tommy Cummings took over and I didn’t always see eye to eye with him – he dropped me for Roy Chapman.”

Ivan reflects with pride at the size of the crowds the Stags of the early 60s used to attract, swelled by some of his mining colleagues. “We used to play on Monday nights and we would get 8,000 there.

“The quality of football was brilliant, we were outplaying teams easily. The manager at the pit would say the attendance for the night-shift was diabolical, because they had all gone to watch me play.

“There were people like Wyllie in goal, Don Bradley, Colin Toon at right back, Brian Phillips – he was very strong.

“Lindy Delapenha (one of the first black players to play League football) came down from Middlesbrough. We played QPR and that was always a good game for us. We beat them at Field Mill and Lindy was brilliant that day.

“This bloke shouted at Lindy ‘Hey up Delapenha’ – Lindy jumped over the fence and had a pop at him. Lindy was absolutely brilliant, he was quality, he could do anything. He could play golf to scratch standard, swim, run, he was the finest volleyer of a football. When he finished he went back to Jamaica, he was a broadcaster. He sent me a lovely letter, saying ‘anything I can do for you, I will.’” 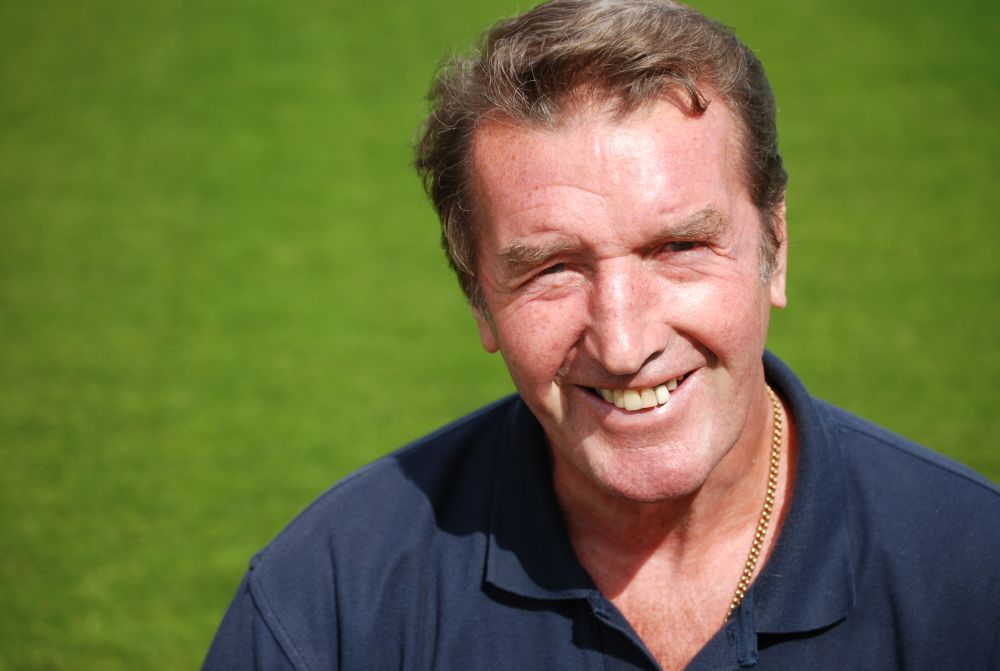 Ivan still speaks with justifiable pride of his time as Stags’ Youth Team coach, a golden period for homegrown talent. “I remember Liam Lawrence, Leroy Williamson, Alex Baptiste, Bobby Hassell; they were very good footballers.  It was nice to see the young lads come through. Liam could be a head-case but he was a real talent.”

These days Ivan, who was still playing local Sunday League football at 50, is in his 70s, but keeps active on the golf course, although he admits his knees are ‘struggling.’ And he still occasionally gets over to his old stamping ground at MTFC, from his home near Alfreton.

If Arsenal had signed Ivan back in the early 60s – and paired him with Waggy – who knows what course the North London club, and English football, might have taken? The game will always be full of what might have beens, what is certain beyond question is that Ivan Hollett (and Ken Wagstaff) will always be up there in any list of Mansfield Town’s All-Time Greats...