The 27-year-old was a youth team player with the Stags in 2011-13, but soon turned his attention to the development of younger players after time spent coaching in primary schools.

The academy launched its foundation phase 18 months ago, a role in which Jack has thrived in since its creation.

“I signed a professional contract but that didn’t work out.

“I followed another path and worked in schools coaching all different sports and that’s where I got into coaching the age group of the foundation phase - the primary school age range.

“I got my degree in sports coaching and then had the opportunity to come back to the club with Richard Cooper (academy manager).

“Since then, I’ve been able to bring the skills I’ve learnt from the primary school background into this role and I’m doing what I love.”

Since the origin of the foundation phase’, Jack has developed the academy’s primary age groups, welcoming category 1 opposition to RH Academy.

“We had a blank canvas to start from coming into the category 3 programme,” he said.

“The initial aims were to compete at category 3 level, we certainly have done that.

“We’ve gone from beginning in a grassroots environment to being able to host teams such as Liverpool and Norwich at RH Academy.

“We’ve played multiple category 1 and 2 sides and we’ve more than held our own in those matches.

“There’s still work to be done in order to get the phase how we’d like it but I think we’ve made a good start in the last 18 months.

“It’s going well. We’ve got young local talent which we are developing.

“We’ve got players that are playing up in age groups across the foundation phase which challenges them in different ways.”

The former Stags’ youth team midfielder now sets his sights on continuing his accomplished development of the club’s youngsters.

“We want to continue to develop the phase and build on what we’ve already created.

“At the young age the players are at, you’ve got to try and capture the love for the game.

“There’s a fantastic team of foundation phase coaches working with me.

“They, along with the unwavering support and trust from senior staff such as academy manager Richard Cooper, head of coaching Simon Ward and the other phase leads, help me on a daily basis.

“We ensure the young players respect our academy values, even at that age they must have high standards and have a positive attitude.

“The aim is develop them individually in a team environment so at times we will sacrifice results.

“Every player has their own individual learning plan and our aim is to make them better players for the future.” 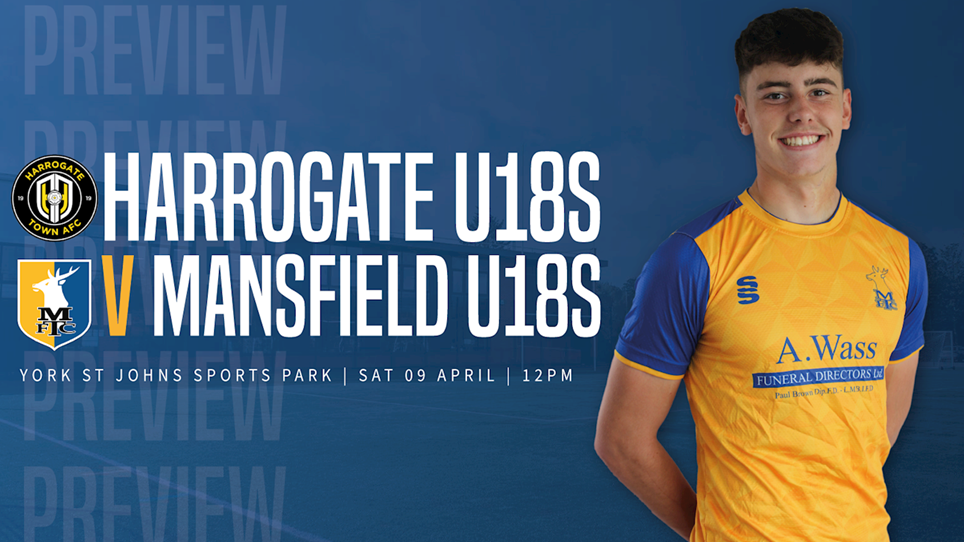 
Mansfield Town under-19s are at home this Saturday for a Youth Alliance League fixture against Rotherham United at RH Academy (11am kick-off).