Boss Nigel Clough says the Stags ‘need everybody to stick together’ on Saturday, when Rochdale visit One Call Stadium in Sky Bet League Two.

After two wins from two to start the season, Stags’ campaign has taken a turn in recent weeks, leaving them on seven points from seven matches in the standings.

The manager has placed an emphasis on his side keeping a clean sheet this weekend, and says the Stags will need unity within the team and around the stadium to do so.

“When everything is going against us as it is, we have to rally around,” he told iFollow Stags. “We have to start fighting and scrapping for everything that we can.

“It’s glaringly obvious the problems that we have and what we need to [do to] fix them. When you miss a few players and everything’s against you, you need everybody – the crowd included – to stick with us.

“We look back at the first two wins and they’re absolutely brilliant. I’d say it [turn in form] all started in the 93rd minute at Colchester. We’re on the cusp of three wins and then we concede that penalty, which we’re very unhappy about.

“There has been setback after setback. I don’t think we’ve been able to stop the rot since Colchester. We need to get a clean sheet and that’s everybody in the team who has to work for that.

“We’ll always create chances, we’ll always score goals. But we have to concentrate more on the other end.

“Whatever happens, we need everybody to stick together on Saturday. We’re going to try and get a goal [first], but if we don’t and we go behind, that will be a real acid test for us.”

Looking ahead to the weekend’s fixture against Robbie Stockdale’s side, the boss added: “I think we’ve played a lot of teams in good form and caught them at probably the wrong time, but we have to deal with that. Rochdale certainly fall into that bracket. 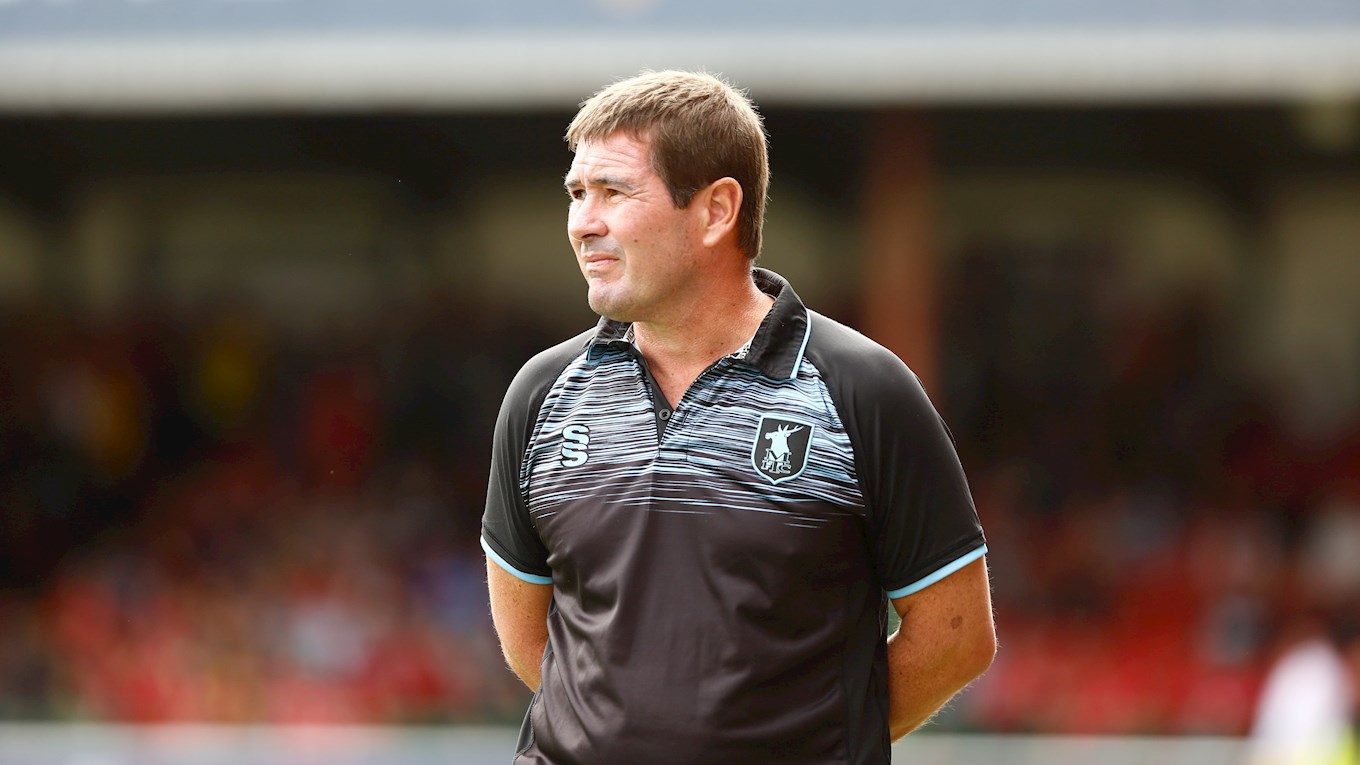 “They had a good, late win on Saturday. They’re lively and probably as confident as anyone at the moment.

“They have some lively strikers so it will be hard to keep that clean sheet.”

Nigel Clough also discussed the possibility of moving frontman Oliver Hawkins into the centre of defence, a position he impressed in during his time with Portsmouth.

“He [Hawkins] is probably as good as we’ve got at centre-half, although we haven’t seen him play there, we know from past things that he’s done [that he can play there],” the boss explained.

“But he’s also our best centre-forward at the moment. If we can do without moving him, we’ll try and do that. 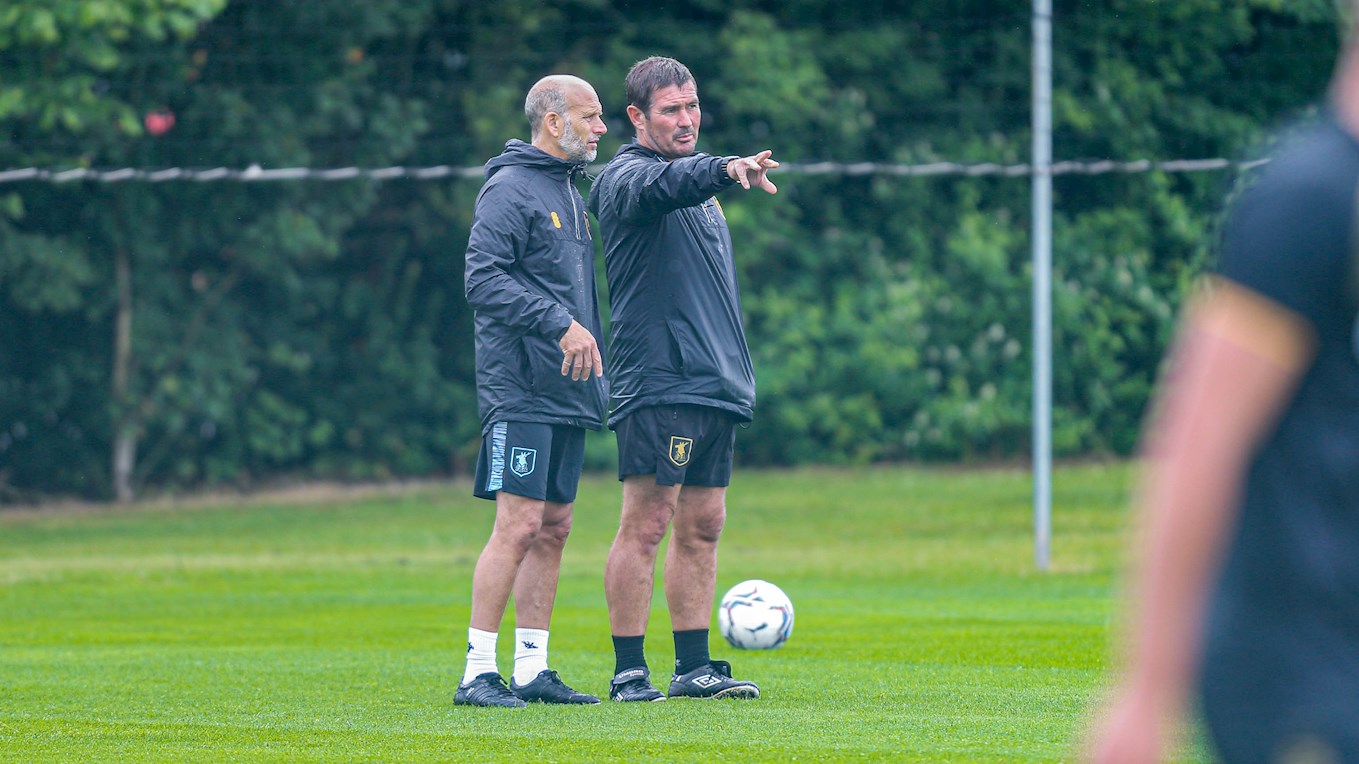 “The ones who are playing have to do better than they’ve done to try and keep goals out. That’s the bottom line.

“Yes, we’re missing James Perch, yes we’re missing Will Forrester, yes we missed out on three or four in the window, but the ones who are playing have to do better.”

There was also an injury update on defender James Perch and on-loan Stoke City man Will Forrester.

“No, not yet [timescale on Perch injury]. He’s seeing a specialist this afternoon in Birmingham. We hope to know a bit more by then.

“He [Forrester] had a setback last week. He hasn’t joined in [training] yet. He slipped doing some work and has had a setback. It’s probably going to be another couple of weeks until we see him.

“We had one or two knocks from Saturday, so we’ll have to wait and see who makes it [this weekend].” 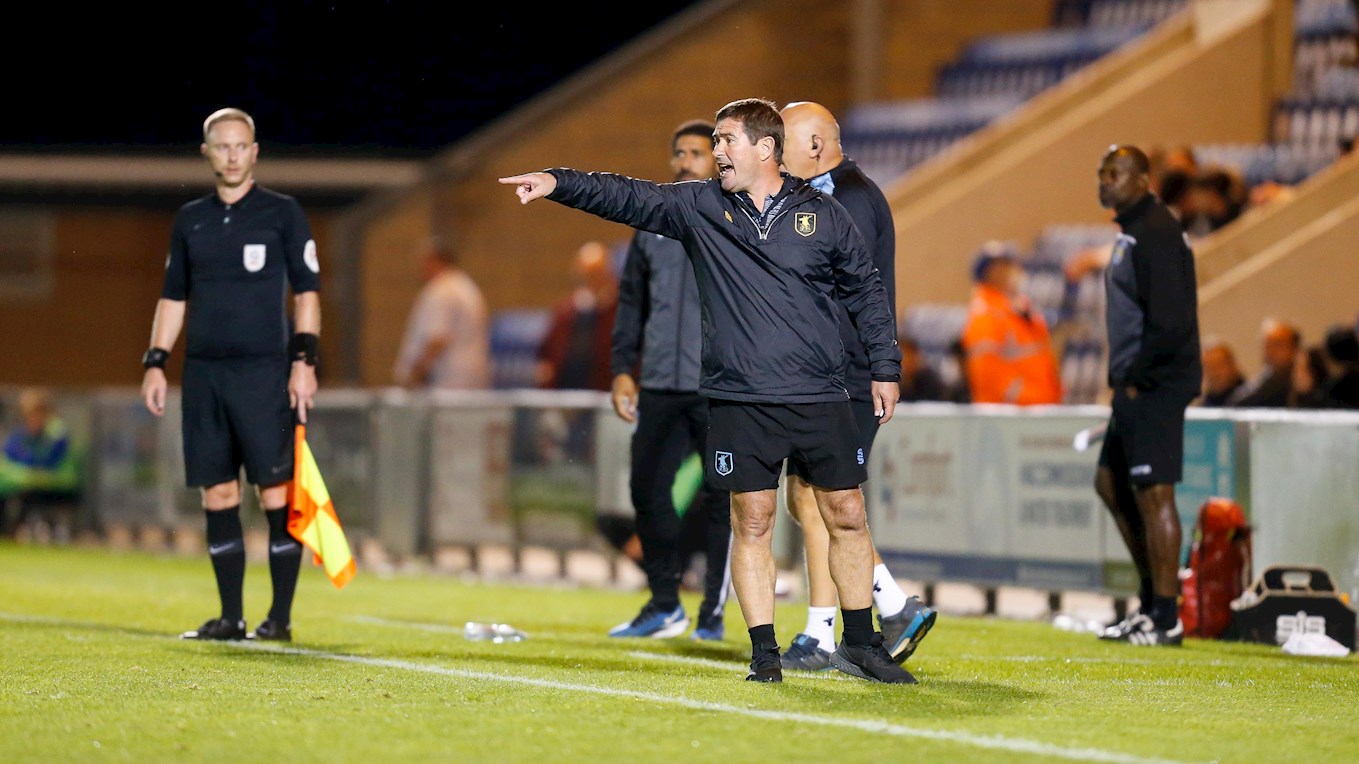 The boss then discussed a six-game ban for midfielder Stephen Quinn following his red card against Harrogate Town at One Call Stadium.

“He [Quinn] got done for two separate incidents and it was a bit confusing, the way it came out. But he has got six games [ban], so five more to go.

“He can play in our Papa John’s Trophy game against Sheffield Wednesday next month, but he misses the next five league games.

“We were very disappointed. We thought it [punishment] was excessive. He’s been banned for six games and he’s hardly touched anybody, so we’re disappointed. He’s been disciplined accordingly and will be a big miss for us.”

Tickets are available to purchase online for this weekend’s match against Rochdale by heading to stagstickets.co.uk.