Striker Oliver Hawkins says that, although his ‘number one option is being a centre-forward,’ he will ‘never hide away’ from playing at centre-back, a position he ‘really enjoys.’

The 29-year-old’s comments follow a resolute display at the heart of Stags’ defence on Saturday, as Nigel Clough’s men battled towards their first clean sheet of the season away at Leyton Orient.

The former Portsmouth man says he can see himself playing more often at centre-back in the latter stages of his career.

“It’s somewhere that everyone knows I’ve played before [at centre-back],” he told iFollow Stags. “With injuries and players missing, I looked forward to the challenge of playing there.

“We ended up getting a clean sheet, our first of the season, so I was very happy that we were able to do that. It was a good point away from home and for myself, I put a good performance in.

“I am able to play there, and I do really enjoy it. It is exciting when I’m back there and it’s a position I’ve grown to really, really like. 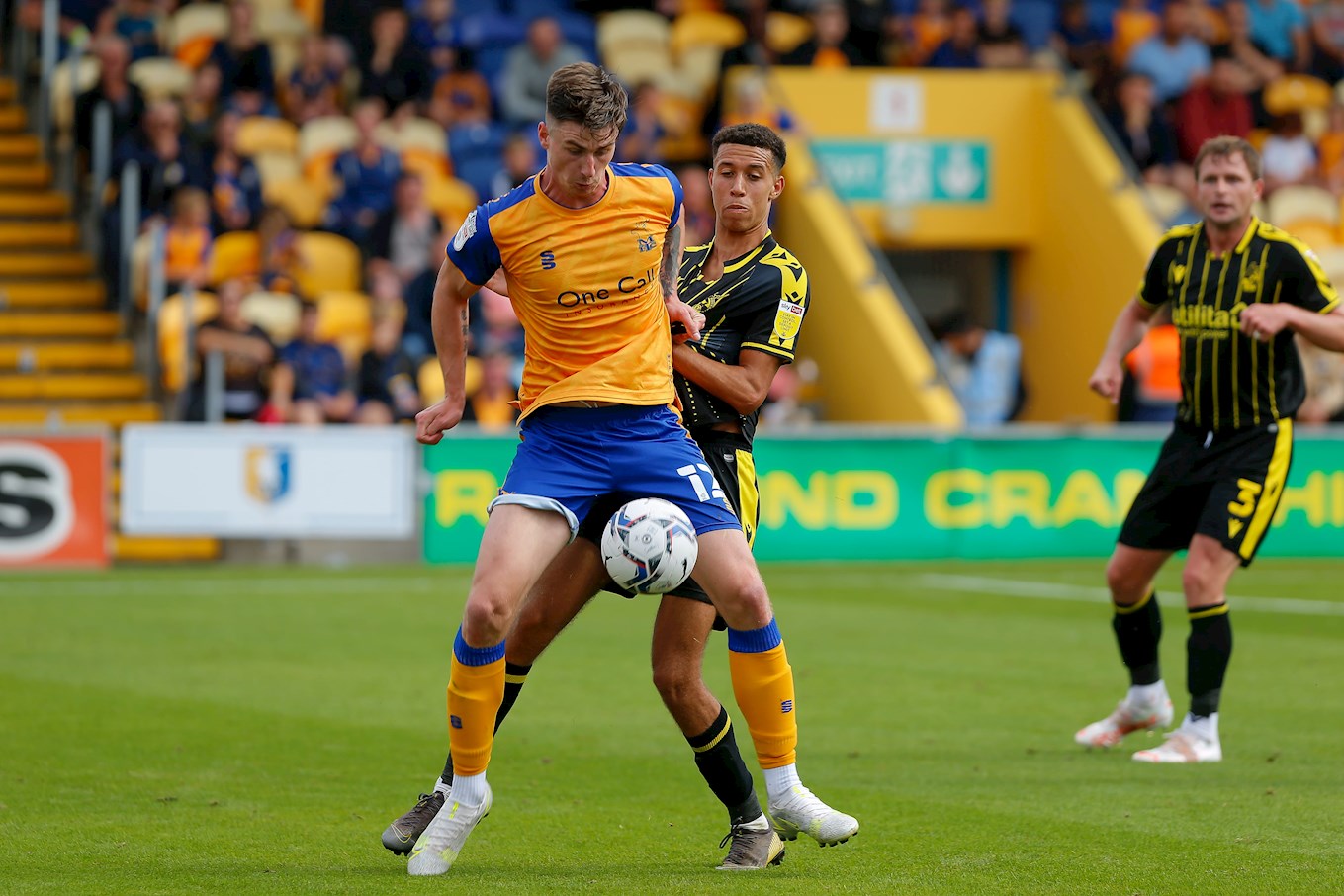 “Don’t get me wrong, my number one option is being a centre-forward and scoring goals, but I would never hide away if someone asked me to play centre-half.

“The older I’ve got, I’ve realised that centre-half might be a position I end my career in. I want to play up front for as long as I can, until I physically can’t.

“For me, it’s striker first [as my preferred position], but I’m very happy to play centre-half if needed.

“Individually, I thought I did my job [against Orient], and as a team, I thought we all did our jobs as well.

“We got a point away at one of the most in-form teams and we just have to go from there now and start the season again from these two draws.

“It [clean sheet and point] gives us a bit of momentum now to go on and get some wins. We know we can score, but we wanted to focus more on defending and conceding fewer goals, which we’ve done over the couple of weeks.” 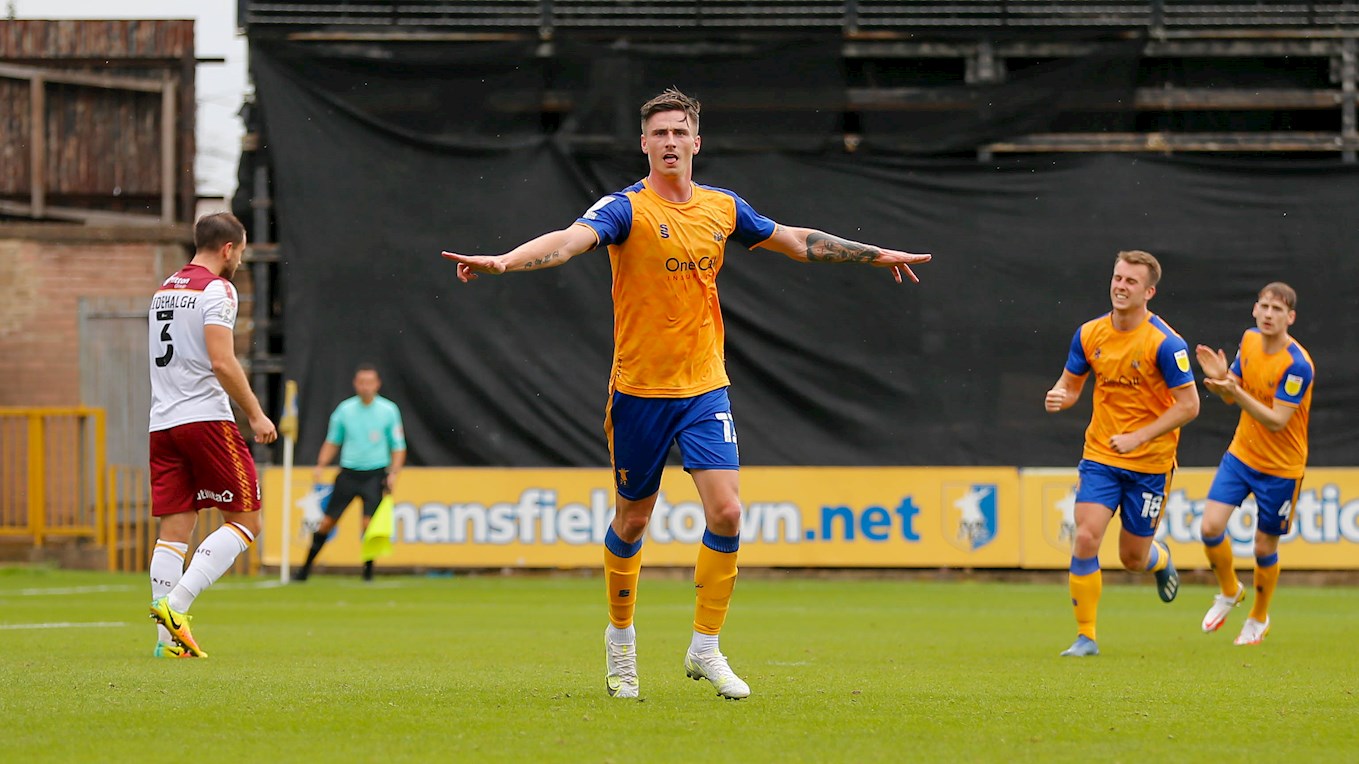 Looking ahead to Saturday’s match at home to Barrow, Hawkins says the Stags will go into the game with ‘confidence,’ following two successive draws which snapped a recent losing streak.

“I’ve played against them [Barrow] in non-league previously in my career,” he added. “I’ve seen them once this season and I know they have a few lively players up front.

“They do a good job and it will be a tough game. Every game this year is going to be tough, it doesn’t matter if a team is bottom or at the top, it’s about ourselves.

“It’s about how we adapt to the game and how we get on. If we can start on the front foot like we did in the first few games of the season, I think we’ll get the crowd going and it’ll be a lively game.

“It [the next two home league games] are very important. As players, we all know that. 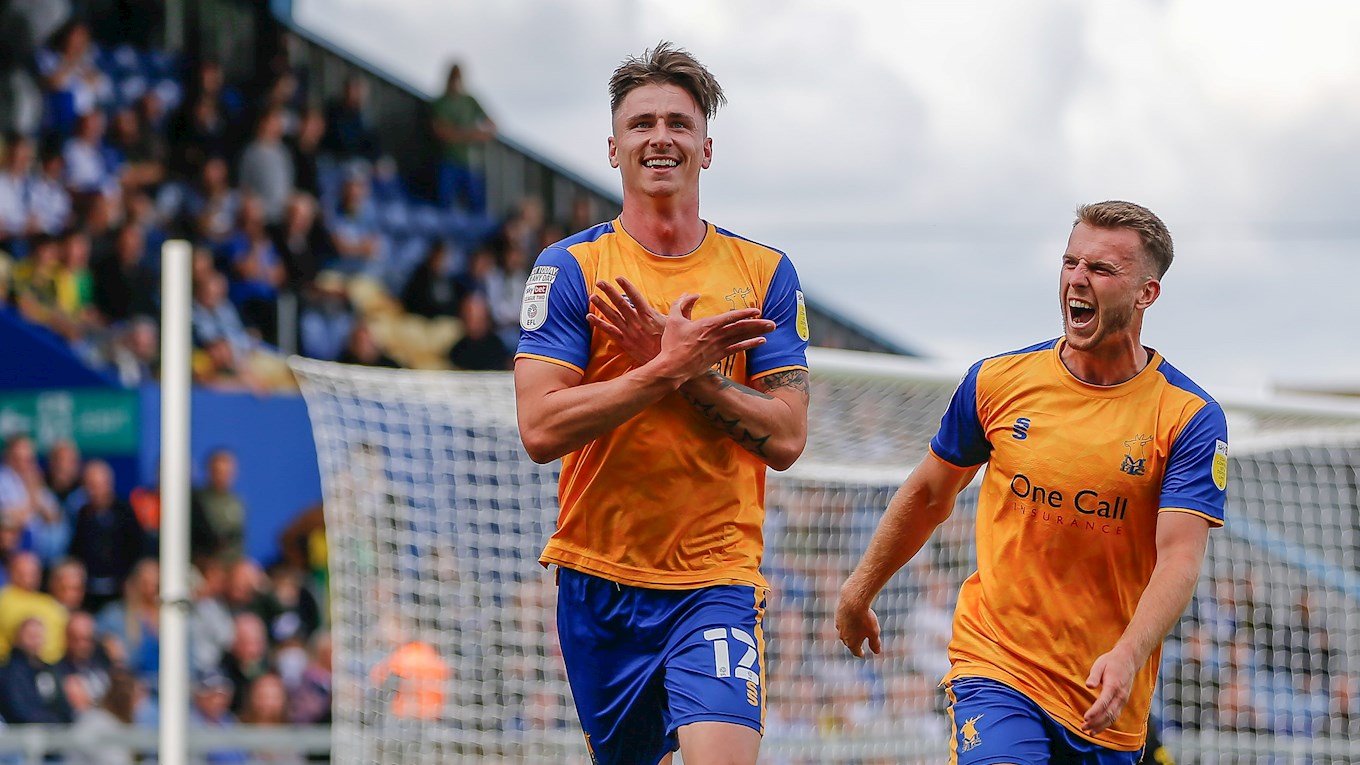 “I think the last two results have been that stepping stone for us, and we’re going into it [Barrow game] off the back of a clean sheet against a really strong team. I think we’ll be confident and thriving on Saturday.”

It was revealed by manager Nigel Clough in his news conference interview earlier this afternoon that Hawkins did not train with the rest of the Stags today.

The striker says he was absent from training as a ‘precaution’ due to some stiffness in his back.

“Hopefully towards the end of the week I’ll get a couple of sessions in.

“I just thought today, [it would be good to] have a day off, do some [light] exercises, some stretches and try and strengthen it [back] up a little bit ready for the weekend.”

You can purchase tickets for this weekend’s home match against Barrow by heading to stagstickets.co.uk.