Manager Nigel Clough has offered his thoughts on this afternoon’s frustrating defeat at home to Harrogate Town.

Two red cards in the space of 60 seconds to midfielders Ollie Clarke and Stephen Quinn saw the Stags see out the final 20 minutes with nine men.

Forward Rhys Oates netted an early opener for the amber and blue, which was responded to with strikes from Luke Armstrong, Jack Muldoon and George Thomson.

The boss, addressing the game’s major incident, said: “Just prior to that [two red cards], we should’ve had a penalty. Stephen Quinn went down [in the box] literally 20 seconds before that.

“I’m not sure it’s a clear, goalscoring opportunity [for Clarke’s dismissal]. Richard Nartey (below) is a yard or so behind, so I don’t think it’s clear enough to send him off. We’re going to have a good look and appeal it. “It wasn’t the referee [who saw the reason for Quinn’s dismissal], it was the assistant. He said he’d seen a kick. So, if that’s the case, that’s inexcusable, and he’ll be fined and dealt with accordingly.

“I don’t want to be moaning about referees, but they are playing an instrumental part in our results at the minute.”

Speaking about the performance in general, the boss added: “I don’t think we were too bad, we’re just conceding very poor goals at very poor times, and making poor decisions.

“To get the start that we did was fantastic and then within a minute, we concede from a free header at a corner, with someone not doing their job again.

“We go in [at half-time] 2-1 down, when we should at least be on level terms. We had situations and balls across the face of goal being cut out.

“We spoke about not wanting to go behind against them [Harrogate], so when we went 2-1 down, you saw them professionally see the game out and make it difficult for us.

“We can’t put ourselves in that position. The number of times we’ve conceded not long after scoring, it’s been far too often.” 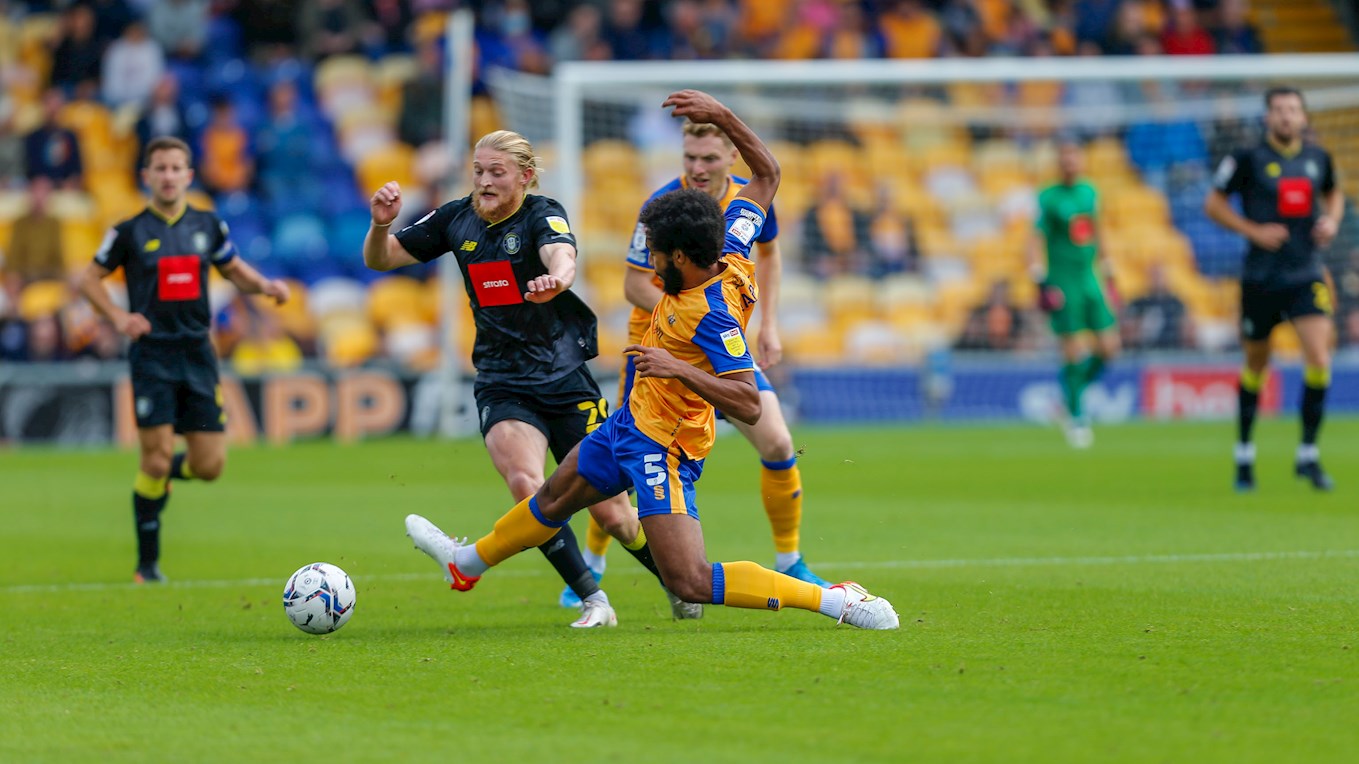 “I thought Richard Nartey was good today, I was pleased with his debut. He got a tackle in early on and got booked.

“We’ve been lacking some aggression, so at least we showed that today, all over the pitch.

“The game is finished now. We’ve had a bad three weeks. We’ll now press the restart button and start again next Saturday.”