The 55-year-old revealed at a news conference this afternoon that Stags’ depleted squad are now waiting on fresh injury news, with defender Kellan Gordon and midfielder Ryan Stirk both set to for scans this week.

The duo join James Perch, Richard Nartey, Will Forrester and Stephen Quinn on the current list of absentees for the Stags.

“Kel Gordon has gone for a scan as he has a little bit of a knee problem. We’re waiting on results of that,” he told iFollow Stags.

“Stirky [Ryan Stirk] got a bit of a twist on his ankle when he came on [against Rochdale]. Again, we’re awaiting results of a scan on that one.

“Until we know [the results], we’ll [have to wait to] see what their outcomes are. They’re obviously a doubt for Saturday. 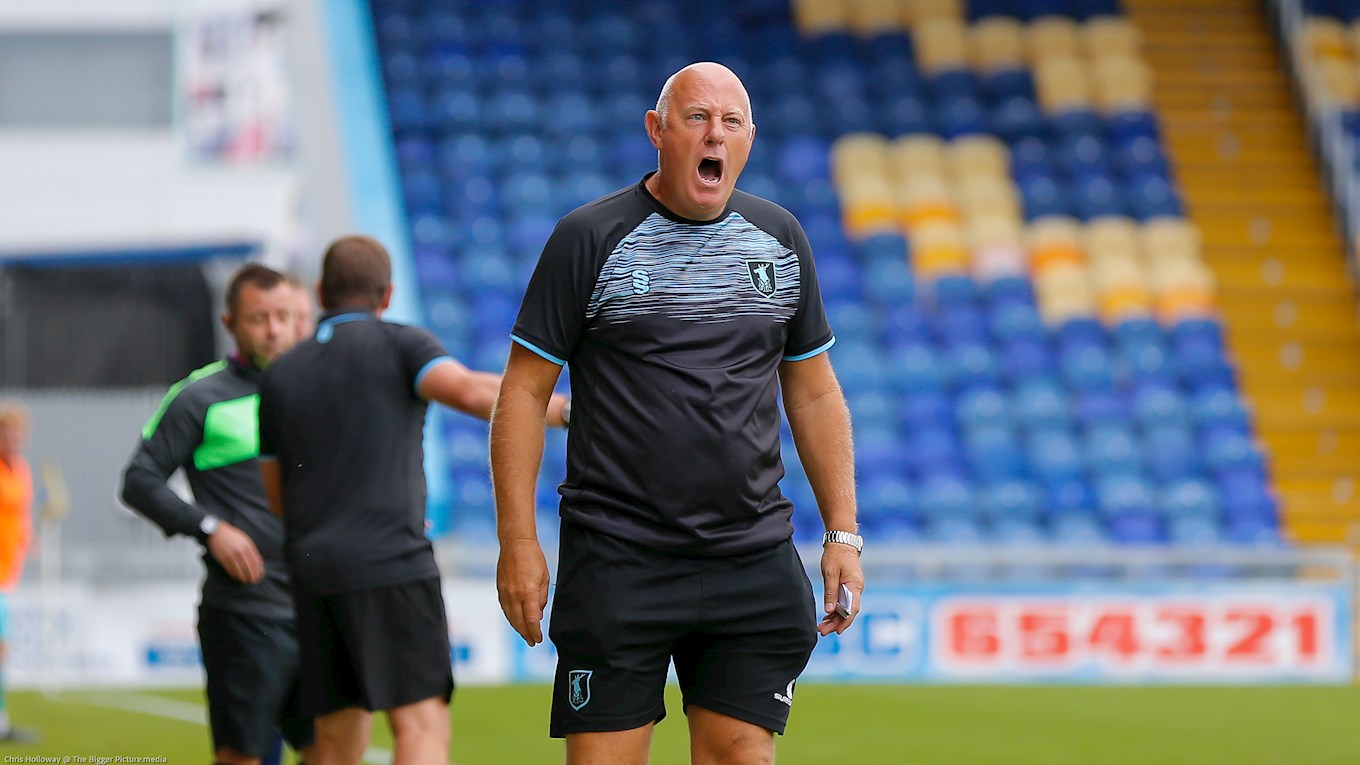 “We’re down to the bare numbers, but we’ve already picked a side [for Leyton Orient game]. We have a side to go out there and one capable of getting something.

“It probably just leaves us a little bit short on the bench and in numbers. We don’t want any more injuries, that is for sure.”

Despite the current injury list, Garner says Stags will take the positives from a ‘really big point’ against Rochdale ahead of Saturday’s match at second-placed Leyton Orient.

“There’s not been too much wrong [with the performances], it’s just the mistakes [that are costing us]. We made one [mistake against Rochdale] and we’ve been punished again,” he added.

“That’s how it is at the moment, and we can’t do anything about it until we stop making mistakes. 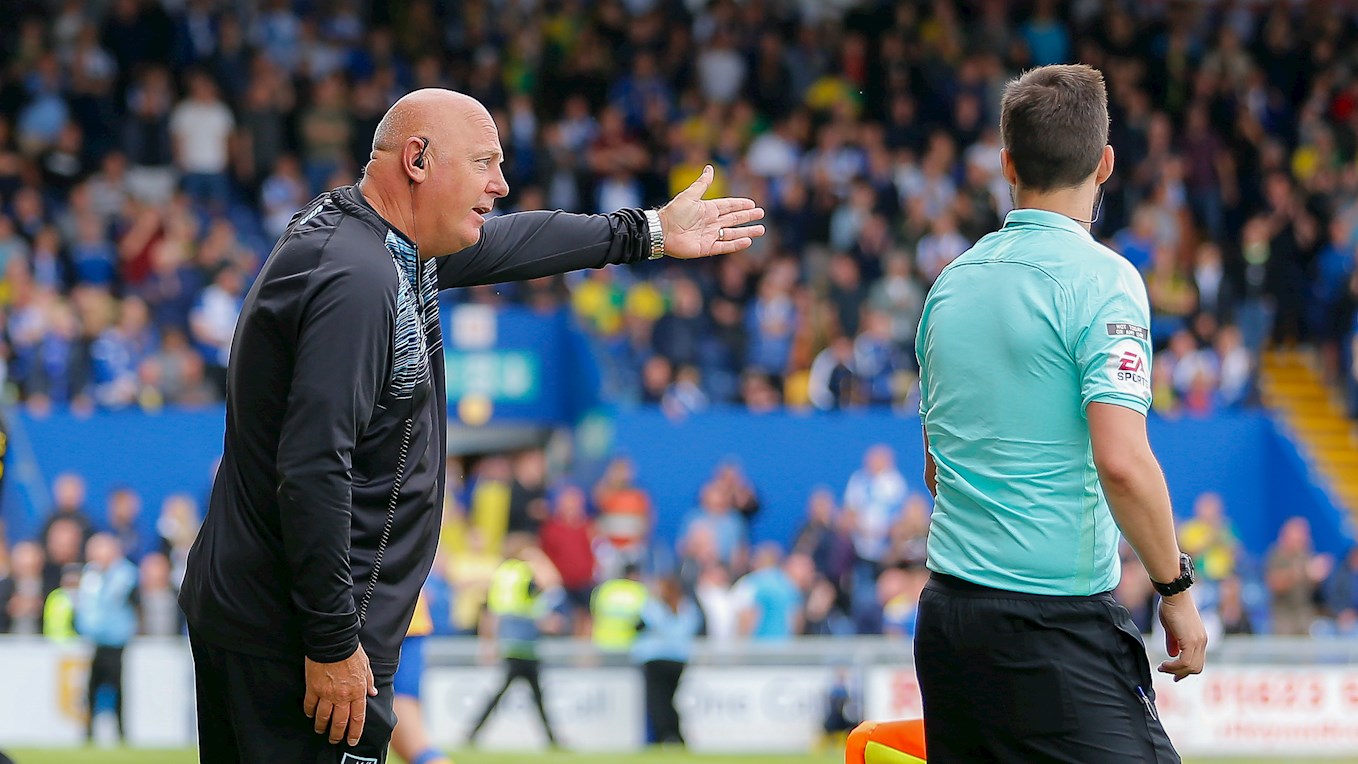 “[We had a] great start, starting with two wins. It could’ve been three at Colchester, so it was a fantastic start for us.

“Then, all of a sudden, it’s gone a bit pear-shaped, which I don’t think we expected. But it’s happened. Losing Perchy [James Perch] has been a massive reason for that.

“We managed to get the point [against Rochdale] and we take the positives out of it. It stops the run of bad results for us, so we can now have a good week and look forward to Saturday.

“The fans played a massive part on Saturday and the staff want to thank them for that, as we’re hoping that it’s a really big point for us.” 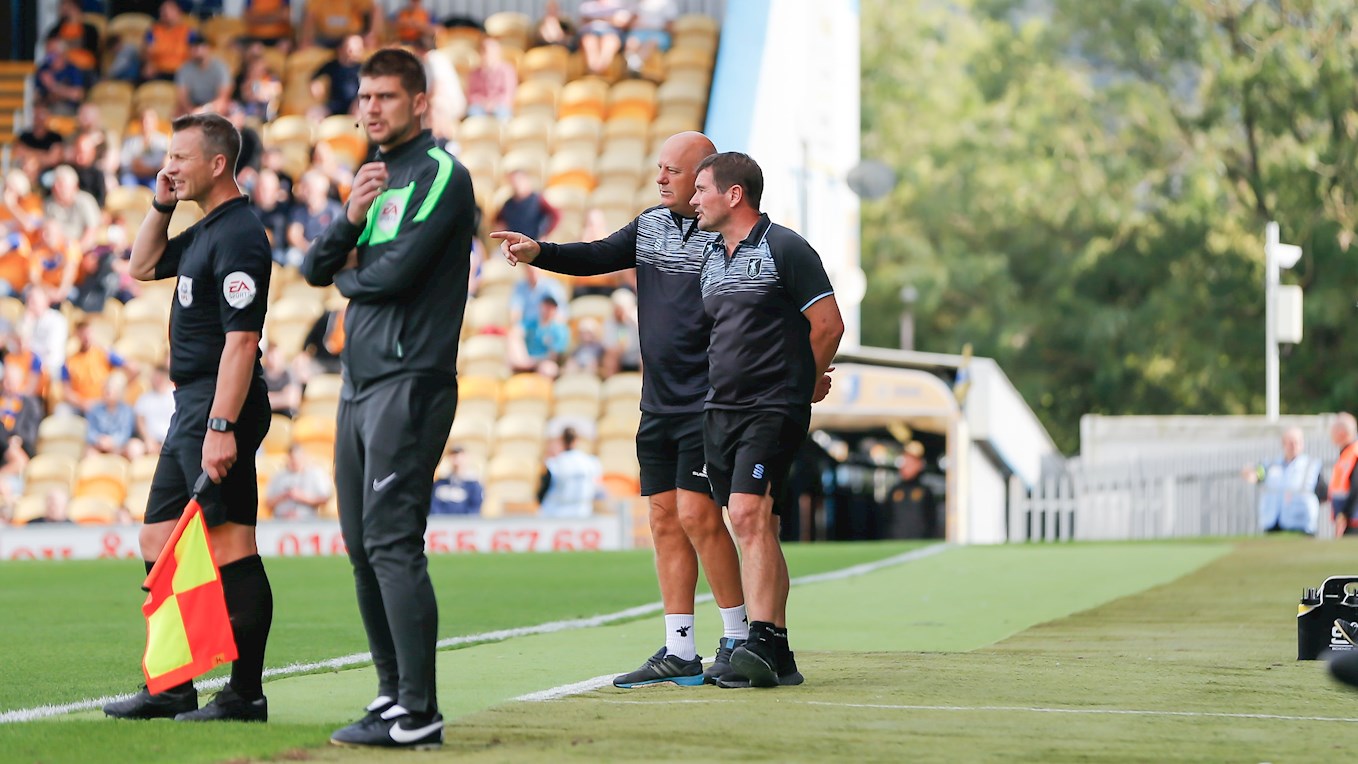 Looking ahead to Saturday’s clash in the capital, Garner added: “Leyton Orient are on a good run at the moment, so it will be a hard game, but we keep telling the players that there is nothing to fear.

“We just want to play our game, work as hard as we possibly can and see what happens.

“They [Leyton Orient] are a team playing with confidence and are second in the league. But he [Kenny Jackett, Orient manager] will know we’re no pushovers.

“We’ll be ready and we’ll do everything we possibly can to get a result. We have great belief in this squad and we’re trying our very best in awkward circumstances, in terms of players getting injured.”

Head to stagstickets.co.uk to purchase tickets for this weekend’s trip to Leyton Orient.