Stags added to their ever-growing list of absentees in the game, with George Maris and Oli Hawkins both being substituted due to injury.

Despite creating chances in the second-half, Mansfield were forced to settle for a draw. The boss says that the result is ‘a point in adverse circumstances.’

“I thought the last 15 minutes of the first-half, we were very poor and they got on top. [Nathan] Bishop made a couple of great saves,” he told iFollow Stags.

“Half-time came at a good time for us to get in and reorganise. We really had to give a rallying call for the second-half.

“We’re snatching at them [chances], which is a product of not scoring too many goals and not winning games.

“That’s our second clean sheet this season, and it’s a good one. It’s certainly a better feeling than last week, losing 1-0. It’s a point in adverse circumstances.” 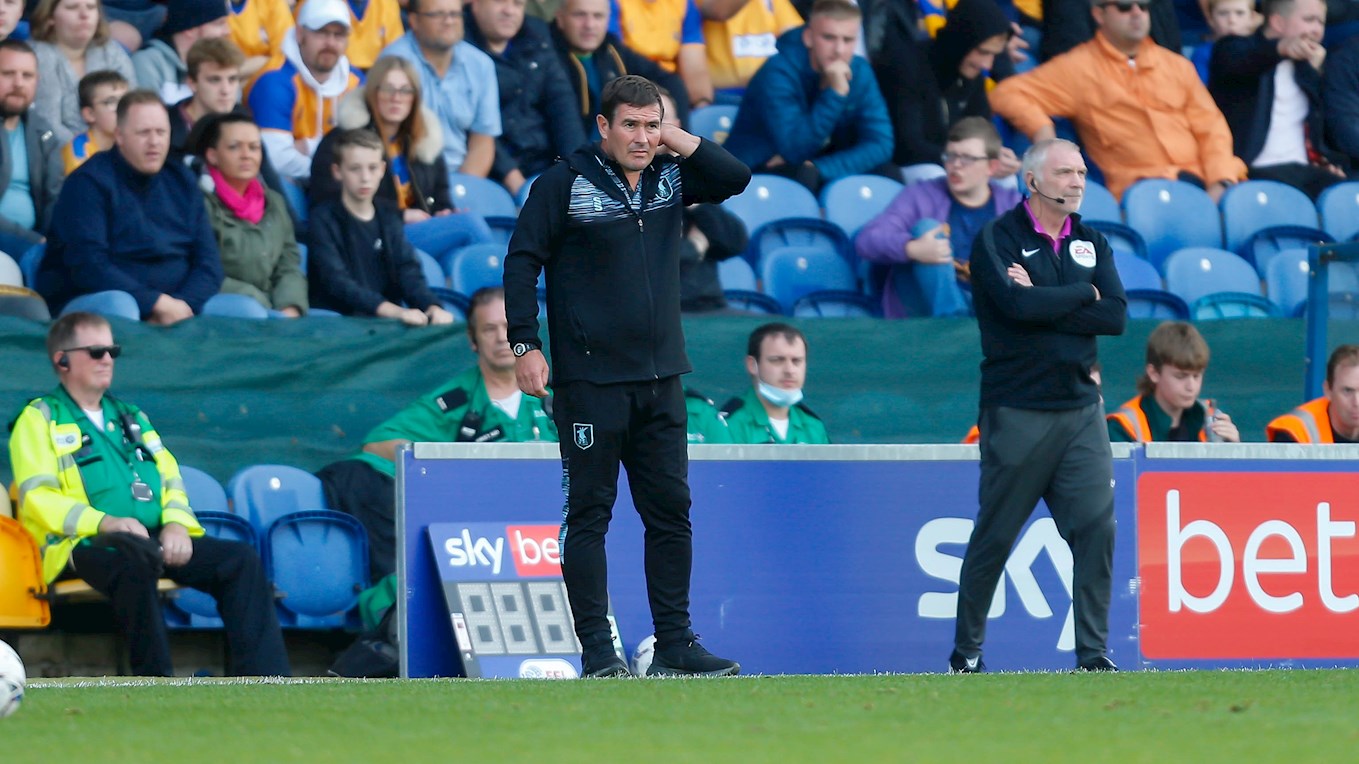 When asked how the Stags can produce results despite their current injury woes, the manager replied: “Just do what we did in the second-half today. Try to play a bit, fight, scrap, and try to get anything we can on the board.

“It’s difficult when you have a whole outfield missing – and we’re talking about influential players in our team – we just have to fight.

“The crowd are with us and were fantastic again today. I think if we had finished one of those chances second-half, the roof would’ve come off.

“I’ve never known double figures be out in terms of outfield players. I don’t think we’ve ever had that many [as coaching staff].

“Three out of the last four [league games] are draws. We’re still trying to build that platform and rebuild our confidence, which will come when we can nick a 1-0 somewhere.”

The boss also provided updates on George Maris and Oli Hawkins, who were both forced off with injury.

The match saw 14 added minutes at the end of the first-half, due to the treatment required by Maris after a ‘whack in the side of his head and neck area,’ but the boss says the midfielder is ‘up, talking and okay.’ 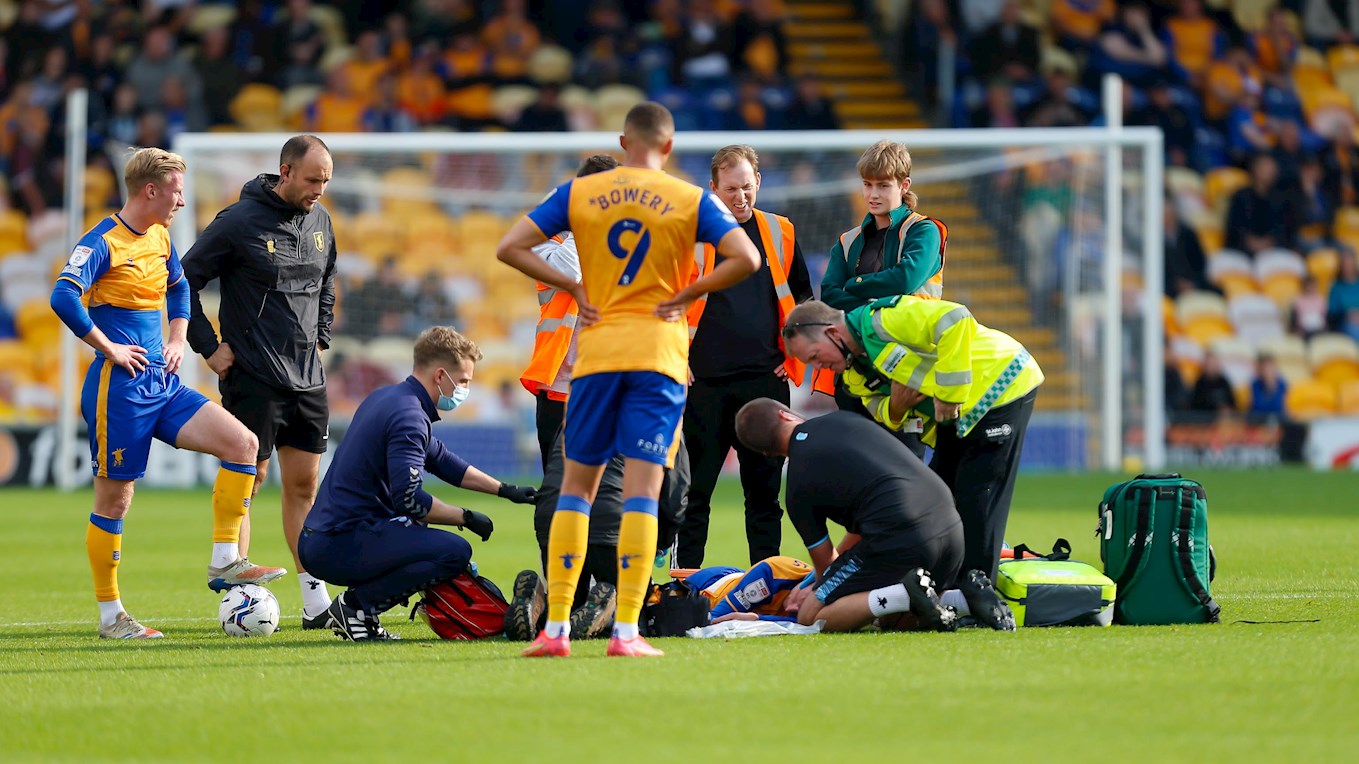 “He’s [Maris] sitting up in the treatment room. He got a very nasty whack in the side of his head and neck area, which is why all of the precautions [took place].

“The time [it takes] doesn’t matter in those situations, you don’t take any risk with the player. But he’s up, talking and okay. I don’t think he was actually knocked out but he did get a big whack on the side of the head.

“We don’t know [how long he’s out for]. We’ll just see how it settles in the next few days.

“[Hawkins has] a groin injury. He felt his groin in the first-half, so it [substitution] was certainly down to injury as well. I think that makes it double figures [for injuries and suspensions].

“It [groin] hasn’t actually gone, it was just very sore. There is a slight strain in there, so even in these circumstances, we can’t afford to lose him for four or five games.”