‘It was a bit of a whack, but I feel alright,’ said midfielder George Maris in Tuesday morning’s news conference, after he suffered concussion during the first-half of Saturday’s goalless draw with Oldham Athletic.

Maris was on the receiving end of an accidental collision with teammate James Clarke in the early stages of the contest, an injury which led to 14 minutes of stoppage time at the end of the opening period.

Despite initial fears that the incident may have been serious, the former Cambridge United man has thankfully confirmed that he now only feels ‘a bit groggy.’

“I’m alright. It was a bit of a whack, but I feel alright. I’m a bit groggy,” he told iFollow Stags.

“We know they [Oldham] like to play out, so we were man-for-man. I saw their centre-half go to play the ball, I read it, but I think Clarkey [James Clarke] has read it as well.

“He’s come the other way, and it was a bit of a car crash from then on. I kind of knew it was going to happen, but it’s one of those things that you can’t really avoid.

“We were both going for the ball, so it was just one of those things. I remember hitting Clarkey, but from then, the next thing was seeing Tom [Whittamore, head physio] on. 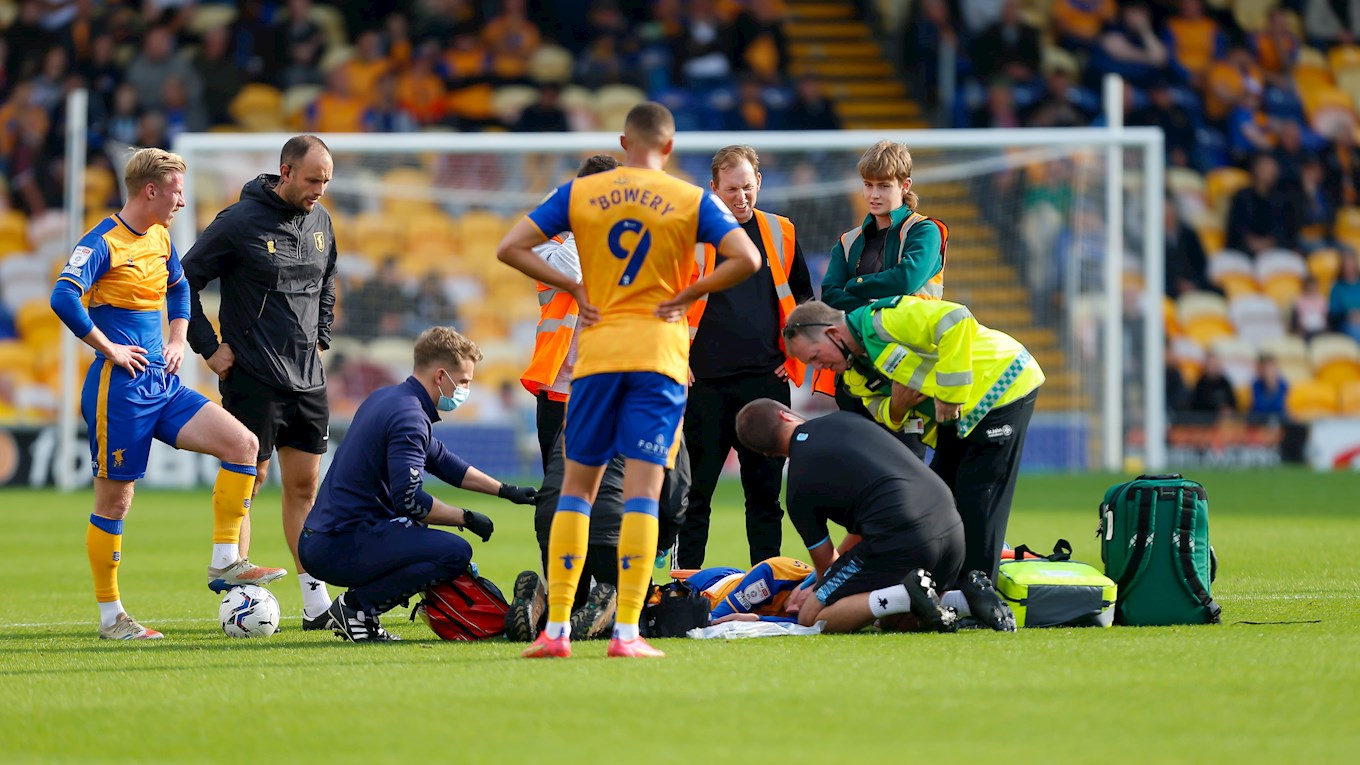 “After that, I felt alright. It was just the initial impact. Then Tom had to do what he had to do and make sure I was okay with my neck. My neck is a bit stiff, but I’m alright.

“I’ve rested for a few days, now I need to do some tests with Tom, then we’ll go from there.

“We’ll see how that goes. If it settles down, then maybe there’ll be a chance [I’ll play on Saturday], but I need to speak to Tom and see what he says.”

When being taken off via a stretcher on Saturday, the 25-year-old received waves of applause from both sets of fans.

“Yeah, I did [hear the applause],” Maris added. “It was nice. Obviously I was down for a long time, so people were probably worried that it was worse than it actually was.

“It was nice to hear from both sides that I got applause. I just want to make sure that they know I’m okay, because it was obviously worrying to see.” 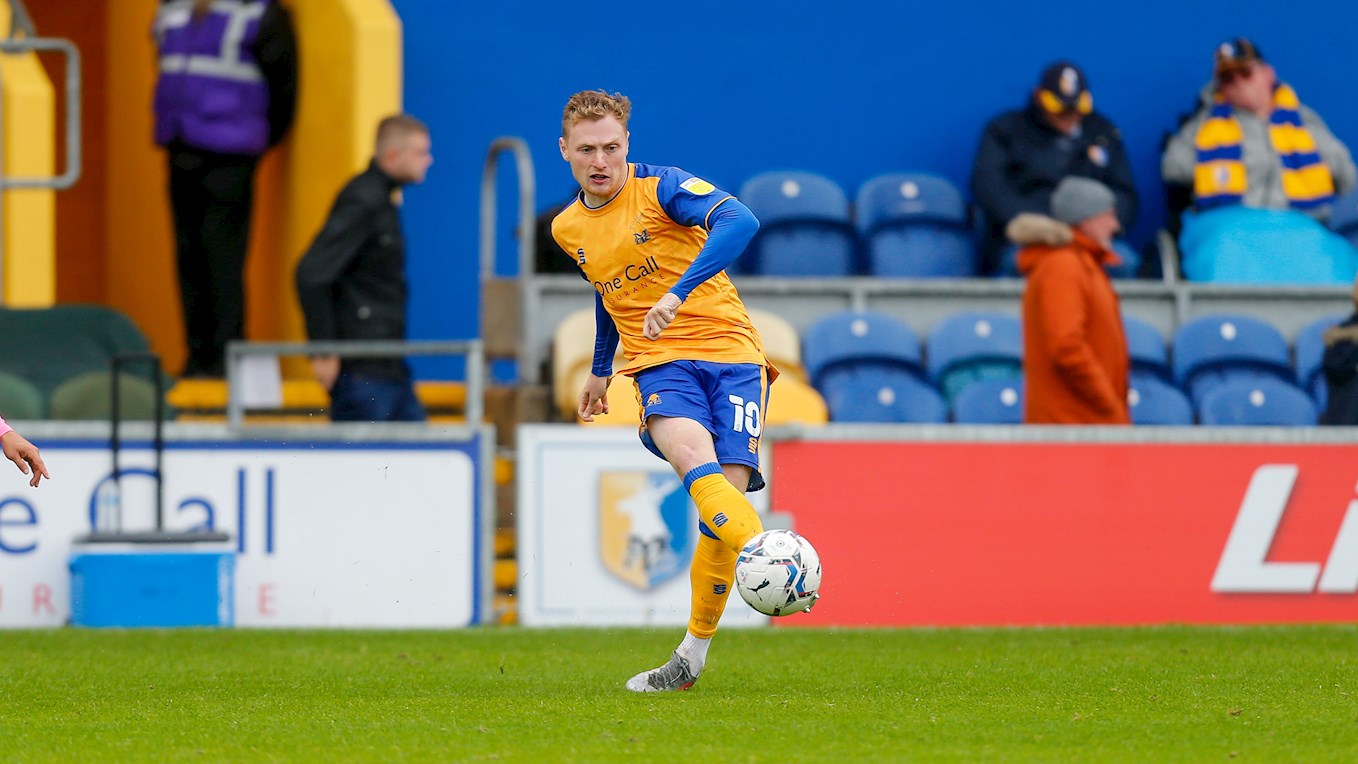 The midfielder then reflected on the season as a whole so far for Mansfield Town.

“We started the season very well, winning the first two and probably should’ve won the first three,” he said.

“I do think we’ve been unlucky. We’ve played better in games this season than we did when we won the first two.

“We just need that win. Hopefully we can kick on from there again and start our season really.

“We’re all trying to come together and win a game [despite current injury problems within the squad]. We’ve had a lot of injuries, but we still have good players.

“Like I said, we just need that one win to get us going again.” 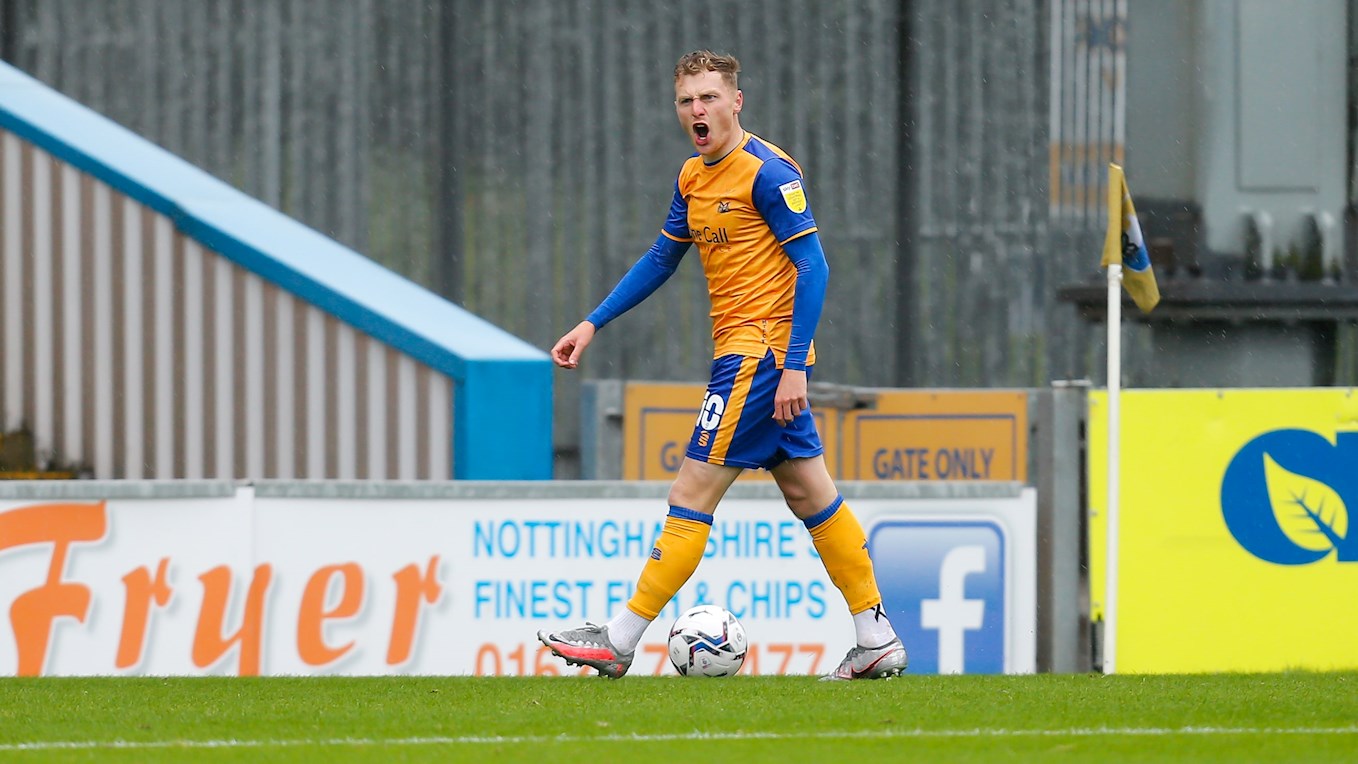 Under manager Nigel Clough, Maris has been deployed in a slightly deeper role than he has been used to in his career, sitting at the base of a midfield diamond.

Stags’ No.10 says he enjoys ‘getting on the ball and trying to make things happen.’

“I’m the deepest midfielder in the team now, and I’ve not really done that throughout my career. I’m enjoying it as I get a lot more of the ball.

“I think that’s one of the main reasons I’m there. When I’m higher up [the pitch], sometimes you can struggle to get on it [ball].

“In this deeper role, I enjoy getting on the ball and trying to make things happen. It’s a new role, and to be fair, I do like it.

“Obviously I don’t score like I used to, but I’m completely fine with that.”

iFollow Stags subscribers can log in to mansfieldtown.net/ifollow later today to watch George’s interview in full.

Tickets for this weekend’s match against Northampton Town can be purchased by visiting stagstickets.co.uk.