Mansfield-born midfielder Keaton Ward was delighted to play in front of the Stags’ supporters for the first time and felt the amber and blue deserved more from tonight’s slender loss in the Papa John’s Trophy.

The 21-year-old performed admirably in front of the defensive four this evening, making only his second start of the campaign, in a 2-1 loss to Sheffield Wednesday.

And after his maiden match in front of a home Stags’ crowd, the midfielder admitted fulfilling a childhood ambition.

Speaking after the game, he told iFollow Stags: "It was brilliant playing for my hometown club in front of everyone.

"They were brilliant, singing all game long.

“A lot of my friends and family were up there [in the stands] so it was nice to go out and put in a display in front of them all.

"Since being 13, 14 years old, thinking about playing and then to be here now, it's brilliant."

The youngster discovered yesterday that he would be in tonight’s the starting XI.

"We were going through shape work and what we were going to do today [against Sheffield Wednesday] in the attacking third. It was then that I realised [he’d be in the starting XI] and from then on I was just preparing for tonight." 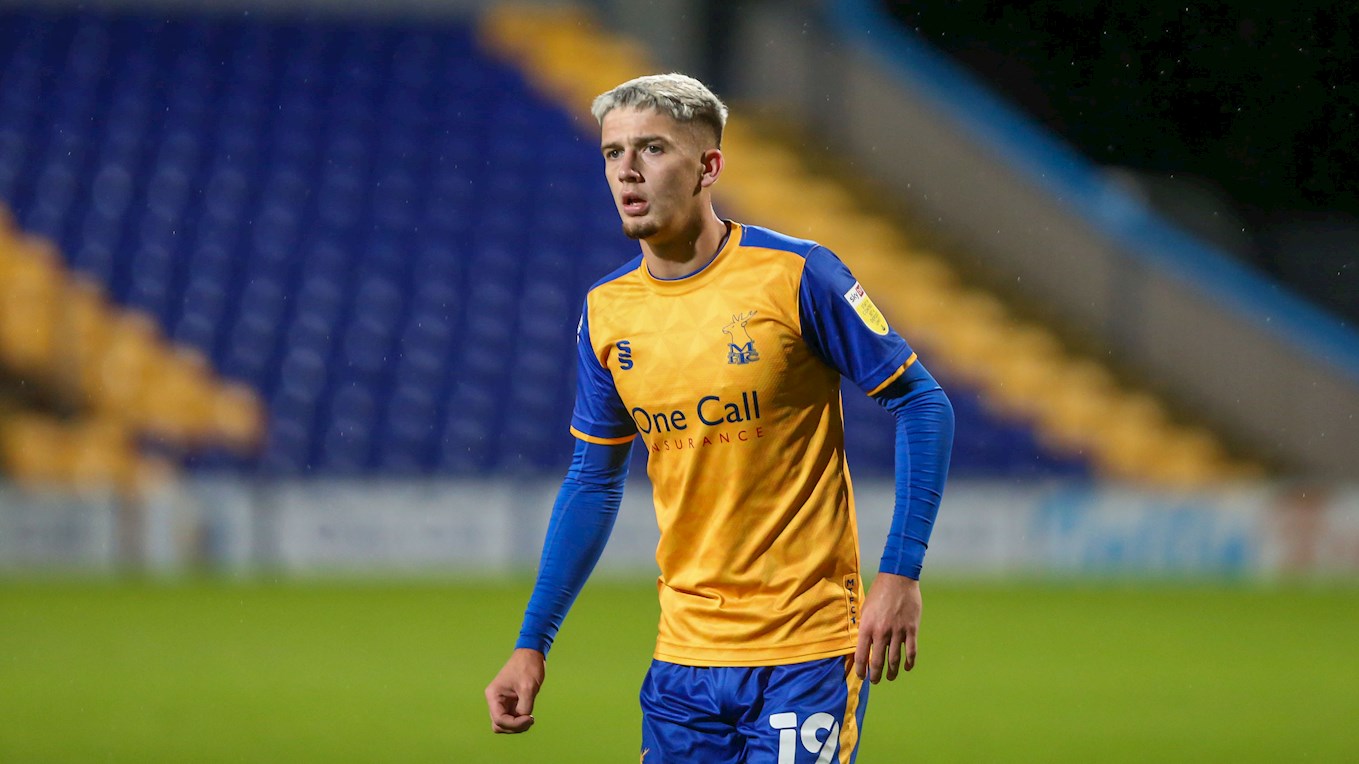 Florian Kamberi struck the experienced visitors to victory in the 93rd minute after a young Stags side battled well in difficult conditions.

Ward felt that defeat was a harsh outcome for Mansfield.

"I think we deserved more tonight against very strong opposition.

“Every single player put a shift in and again we just fell short.

“Our luck will turn. I know it will and as a group we believe that's going to happen.

“I think we probably created more clear-cut chances than them but just didn't put them away.

“It's one of them where you look at it and think 'when is the penny going to drop? When are we going to start doing that? [converting chances]' And hopefully it's going to start this Saturday [at home to Oldham]."

Log in to mansfieldtown.net/ifollow to watch Keaton's interview in full.