A scrappy affair was decided by a controversial penalty in the second-half, which was converted by Ollie Banks on 55 minutes at One Call Stadium.

The boss believes the decision was ‘such a setback’ for his side this afternoon.

“It was certainly not a penalty. I saw him [Harry Charsley] make a challenge at the far post, the like of which you see numerous times throughout the game.

“Then there was no penalty given for several seconds. Unfortunately, the decisions today [from the officials] have contributed to the result.

“The penalty was such a setback. We were settling into the second-half and we set up to attack and go forward.

“We’re not getting one break with any single thing at the moment, anywhere on the pitch.

“You work even harder [to get through it]. We worked hard at Orient last week for a clean sheet and I thought we worked hard today. We can’t do anything to legislate for a penalty being given like that.” 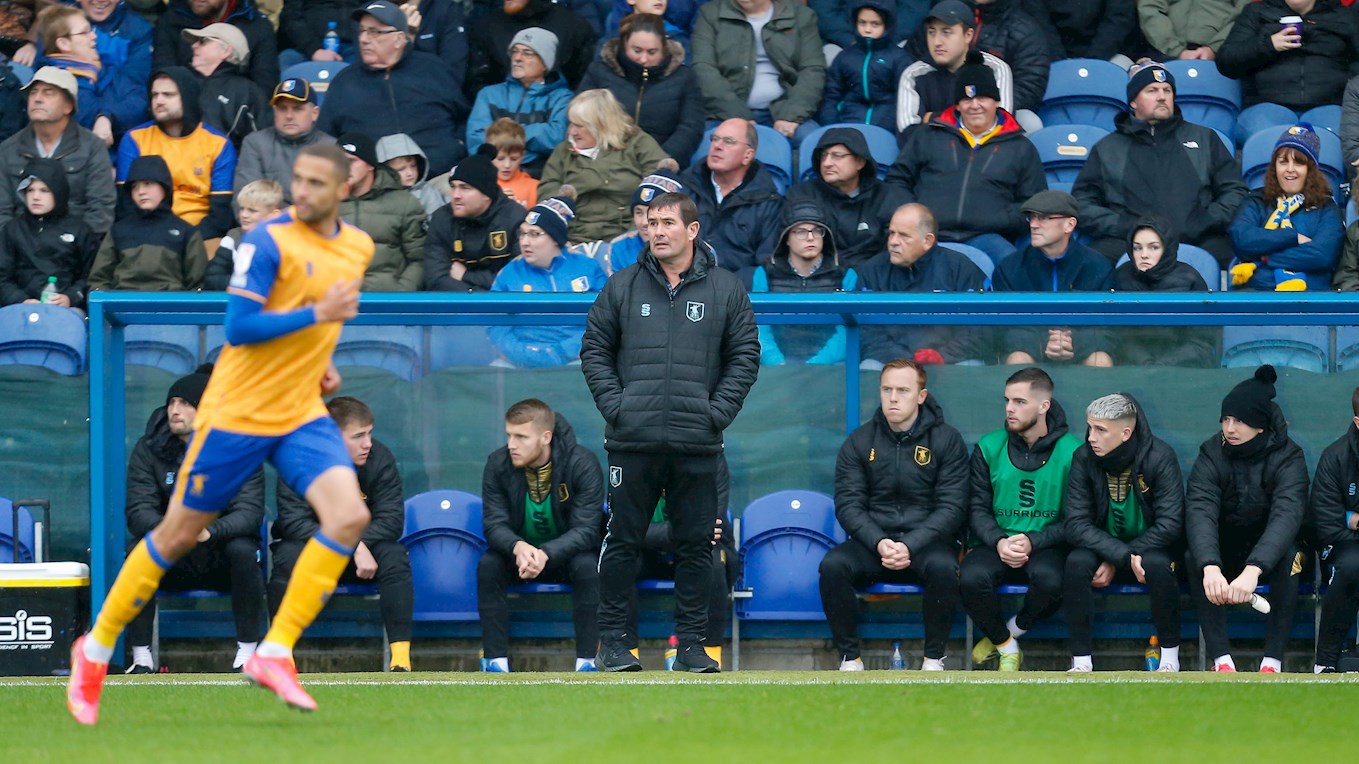 Nigel Clough says Stags were ‘solid’ at the back but needed better ‘decision-making’ in the final third.

“We’ve had one kicked off the line and we got into some very good positions again today. We didn’t hit the target enough or work the goalkeeper enough.

“[We needed] better decision-making again, in and around the penalty area. I think we had five shots in the first-half and missed the target with all five.

The boss reverted to a 3-4-3 system in the second-half in an attempt to draw level before full-time.

“We went with three centre-halves and tried to get Jordan [Bowery] wide.”

Log in to mansfieldtown.net/ifollow to watch the manager’s interview in full.