Manager Nigel Clough hopes today’s resounding 4-1 win over Oldham Athletic at One Call Stadium will ‘set the tone’ for next season.

Two goals from midfielder George Lapslie, along with strikes from forwards Tyrese Sinclair (below) and Jamie Reid, sentenced the Latics to a heavy defeat in Stags’ final home match of the campaign.

The boss, despite the comfortable margin of victory, says there were elements of the Mansfield performance that should have been better.

“We scored seven goals [in the last two home games] and that’s hopefully setting the tone for next season.

“I counted three [chances] within the first five or ten minutes. We had very good chances today and with better finishing, even by half-time we’d have been out of sight. 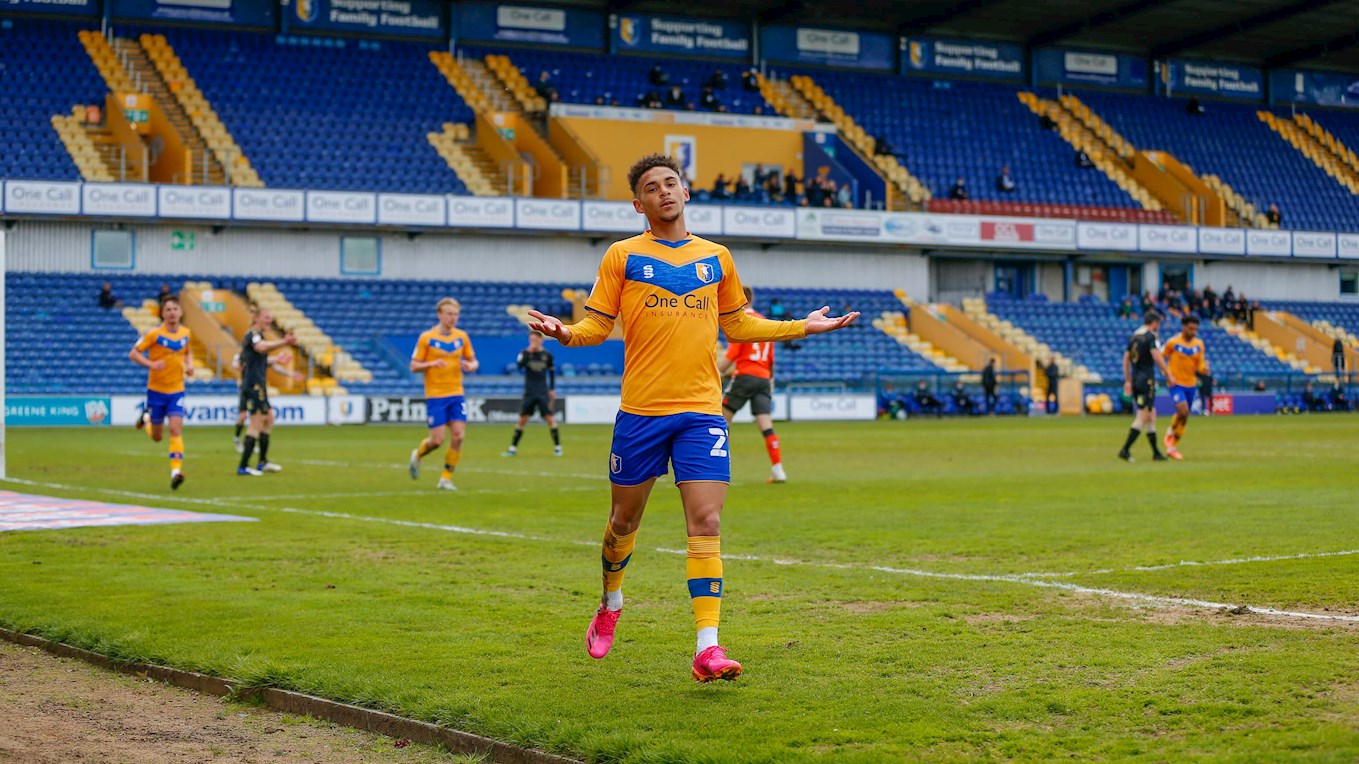 “The goal let them back into it with that mix up defensively. The goalkeeper [Aidan Stone] should deal with it, then they’re back in the game for ten minutes, which I think they didn’t deserve.

“You can’t afford to make those errors, but we did let them back in. The first-half, we lost count of those chances and we have to start putting them away.

“As pleased as we are with the victory, it’s good because it still shows up a few of the frailties that we have. We had very good chances today and were entitled to score more than the four goals.

“I’ve been very pleased with the [home] form more than the actual results. We’ve made it extremely difficult for teams that have come here, and we should’ve won more games.

“But we know why we didn’t win them, and that’s our job to put it right in the next couple of months, so we turn a lot of those draws into wins.

“I think that [having fans back] will make the world of difference, they would’ve loved the game today and the previous one against Scunthorpe.

“When you see the home team in the ascendancy, creating chances and running forward, I think that’s what supporters want to see, and we’re going to try and do it.”

Academy graduate Keaton Ward (below, left) was handed his first senior start for the club this afternoon, and the Stags ended the game with youngsters Jason Law, James Clarke and Jaden Charles on the field of play. 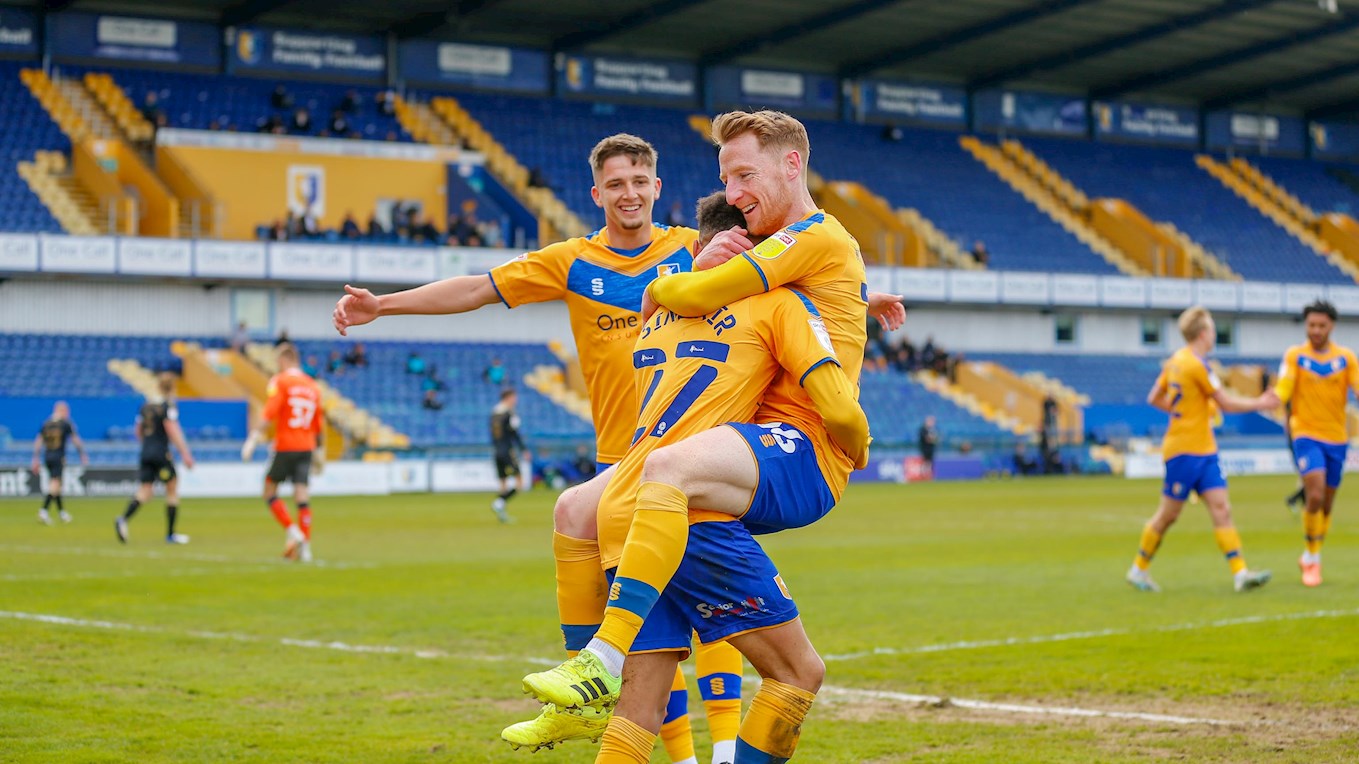 The boss spoke of the youngsters’ appearances, and offered a word on Ward’s performance in particular.

“It was nice to see the young lads getting on the pitch at the end. We finished with a few that have come through the academy.

“I thought he [Ward] did fine. We’re trying, whilst still wanting to win the games, to have a look at some of the youngsters as well. I thought he did very well on the right side of midfield.”

With one eye on next season, manager Nigel Clough gave an insight on the upcoming summer recruitment plan.

“We’ve known for the last few months what we need for next season. As each game goes by, it just confirms that,” he added.

“I think we’re about done with [extending] contracts. We’re having a chat with Stephen Quinn at the moment, seeing what his position is. 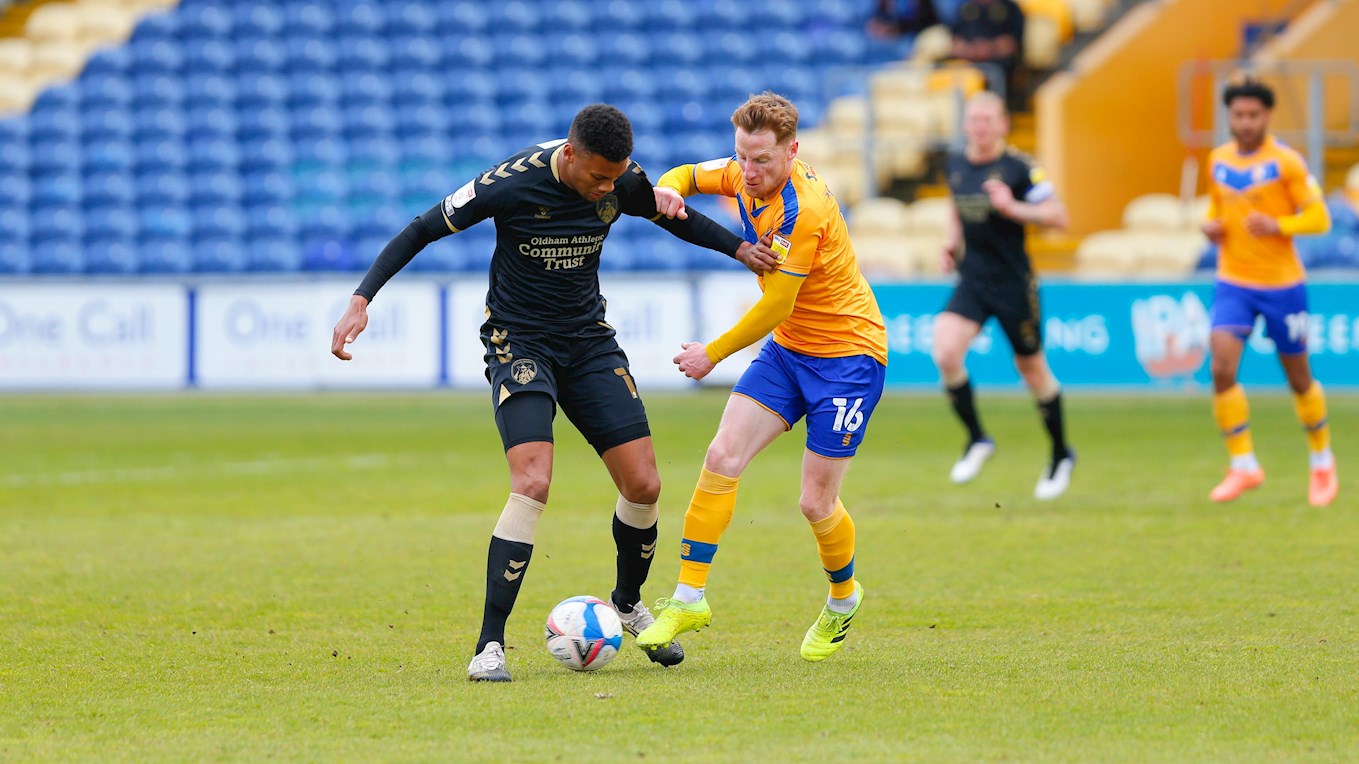 “I don’t think there will be too much news [this week]. As soon as the season finishes on Saturday, we’ll step it up [recruitment process].

“We’ll be speaking to clubs, representatives and that sort of thing to try and secure the players we want.

“The good thing is, we’ve not been turned down by anyone yet. We have eight top targets and we’re in with a shout of [getting] them all.”