Boss Nigel Clough is aiming for a positive end to the season away at Port Vale this weekend, as a victory would mean four wins from the last five matches in the 2020/21 campaign.

The Stags travel to Vale Park on Saturday for their final clash of the campaign, with both sides clear of any relegation fears despite some concerns earlier in the season.

Although the two teams have successfully evaded relegation, boss Nigel Clough still wants his side to finish the season with a victory.

“We’ve won three of the last four and I thought we played well at Salford in the first-half in the defeat,” he told iFollow Stags.

“We want to go into the summer [on a high]. They [Port Vale] went on that unbelievable run, which is really difficult to do in this league. Now they find themselves halfway up the league.

“They will be one of those teams, similar to ourselves, thinking they can push for that top six or seven next year. They are one of those clubs that are putting everything in place [to succeed].

“We want to go into the game thinking we’re going to win it. We want to finish well. As a player, don’t think about injuries, just think about winning the game.” 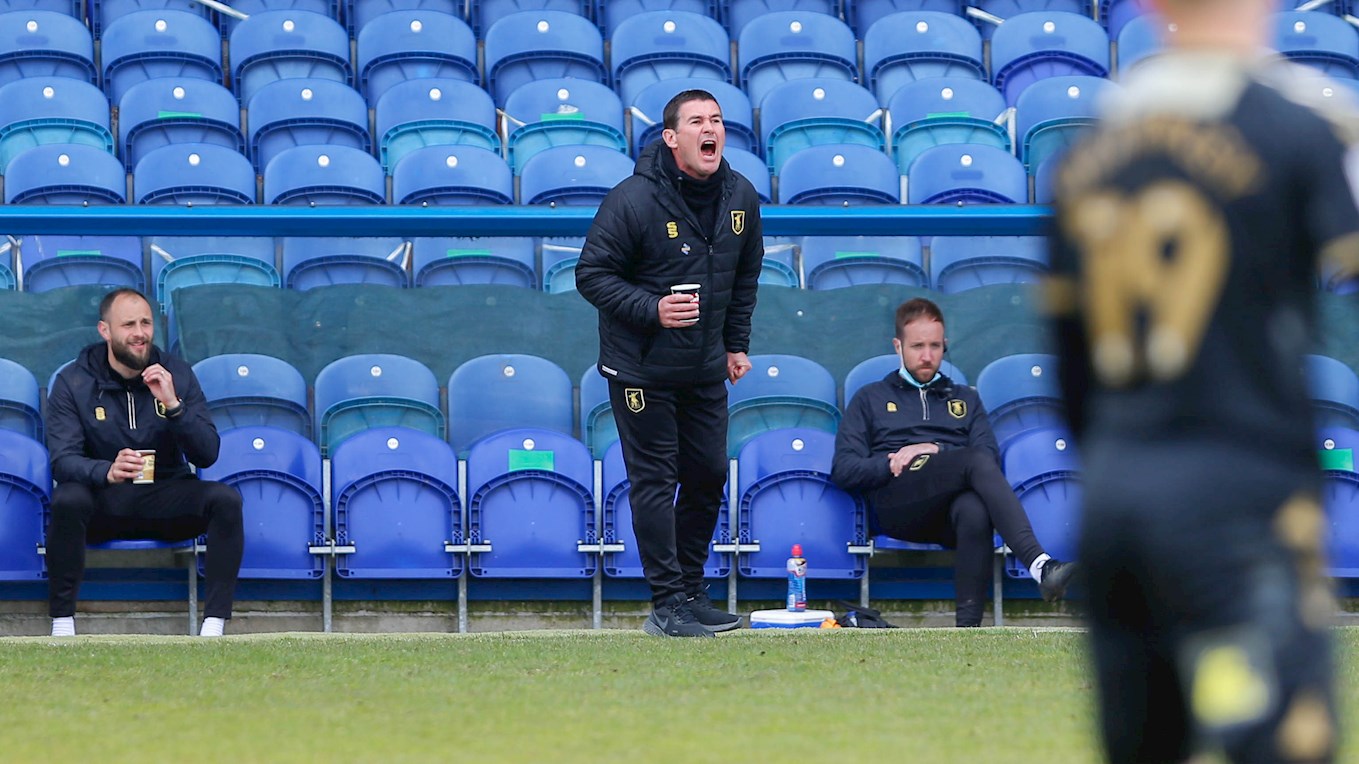 The manager spoke of the fitness of skipper Ollie Clarke and defender Farrend Rawson ahead of this weekend’s clash.

“He [Clarke] has a chance,” he added. “It’s just whether we want to risk him, we don’t want him to do any more damage to the ankle.

“We want players to go into the break fit, so they can get cracking again when we start building up for pre-season.

“[It’s] similar [with Rawson]. He’s due to train today, but I’m very wary with head injuries, even in the middle of a season with things to play for. We don’t tend to take risks with these sorts of things.”

Reflecting on Stags’ most recent match, the 4-1 win over Oldham Athletic on Saturday, the manager wants to use the attacking intent shown by his charges as a template for next season.

“Oldham are a dangerous team as they’re the highest scorers in the league, but apart from that one error, we didn’t really give them a sniff,” he explained. 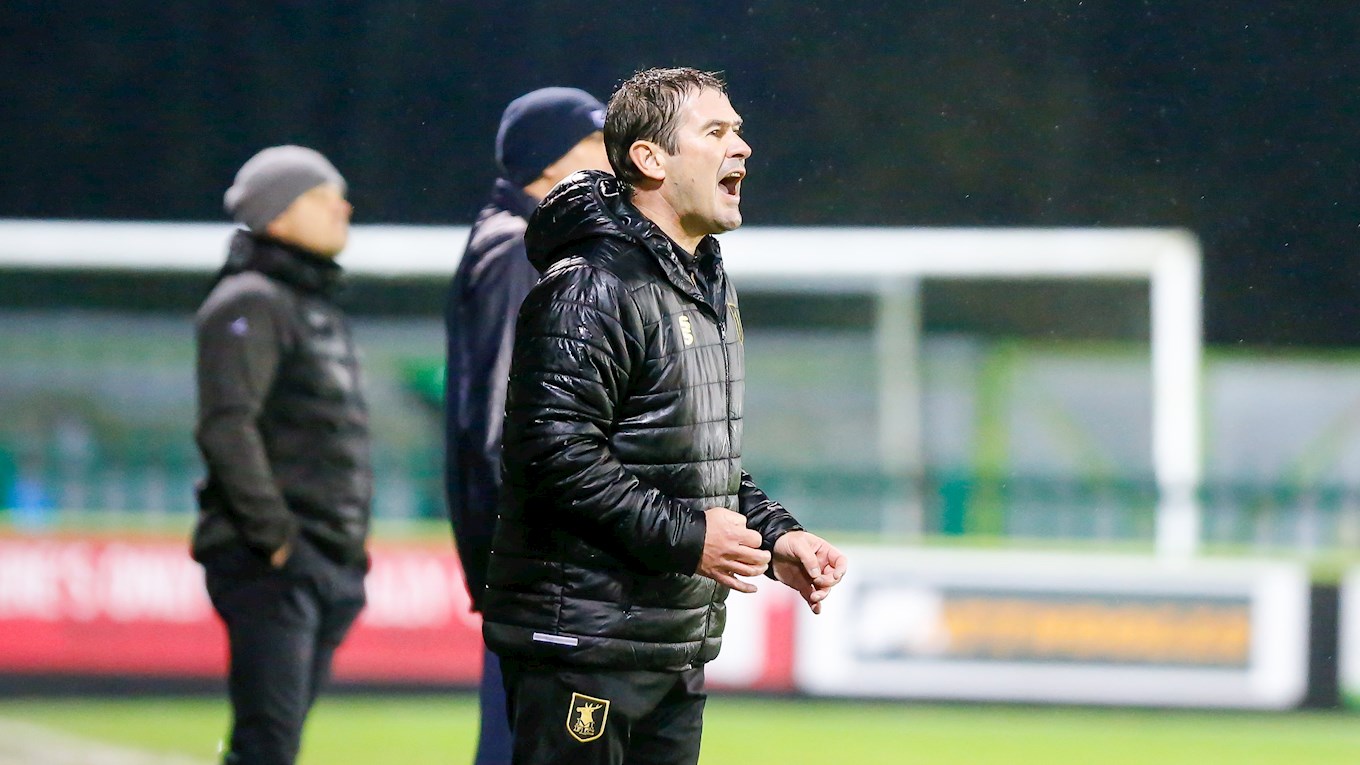 “We could’ve scored three in the first five or ten minutes, and that set the tone for the game. It was about our intent and how we went about it, that’s how we want to approach games at home.

“We’ve tried to do it in the vast majority of games [at home], even against the top sides. We don’t want to sit back at home.

“We want to take games to the opposition, put them on the back foot and keep them there.

“[We have] certainly more shots than the opposition in a lot of home games this season. So it’s about converting a bigger proportion of those chances.”

With the summer transfer window just around the corner, Nigel Clough provided an update on the club’s current activity in the market.

“We’re chasing [targets] and have made contact with them all. Nobody has turned us down flat yet.

“We’ll try to get two or three in early, I think that’s a good start. It also shows other potential signings that we mean business.

“If we can get six or eight in of our first choice [targets], we’ll be very happy with our squad. We’ll do our best to chase them as best we can.”

Renovation work on the One Call Stadium pitch is already under way ahead of next season; the boss explained his need for a good ‘surface,’ whilst also discussing the club’s pre-season plans.

“It’s been pretty obvious that we’ve had problems with it [pitch] this season. It’s great that the club are investing in it.

“We need the best playing surface that we can get – you’ve seen us trying to play football in the last few months.

“The surface will help that – it’s brilliant to see that even before the end of the season, the work has started.

“We have a [home] pre-season friendly sorted for around ten days before the start of the season, so it would be lovely to see a great pitch with some supporters back in the stadium.

“We’re just about done [with sorting the pre-season schedule]. We’re just waiting for confirmation on one or two.

“We have the off-season plan sorted, so the players are scheduled to have a couple of weeks off in May, then start building up in June, ready to come back early July.

“It would be nice to get any supporters in [during pre-season] – it will look a lot different with a brand new pitch and supporters back.”