Boss Nigel Clough says his side’s emphatic response to going behind against league leaders Cheltenham Town was the most pleasing aspect of Tuesday night’s impressive 3-1 victory.

Sam Smith headed the high-flying Robins into the lead in the second-half, but three goals in ten minutes – two from Jordan Bowery and one from Jamie Reid – saw the Stags secure a well-deserved win.

The manager was delighted with the way his charges restricted the side at the summit of the Sky Bet League Two table.

“We’ve had some good performances of late, despite not getting the results, but it was all there tonight,” he told iFollow Stags.

“We should’ve been ahead at half-time, we hit the post and should’ve scored. We restricted them to very little.

“But the most pleasing thing was, having gone behind in the second-half, to respond in the way that we did was unbelievably pleasing and promising, and showed character.

“When they [Cheltenham] go 1-0 up ten minutes in the second-half, to hit back with the quality of goals we scored tonight was superb. 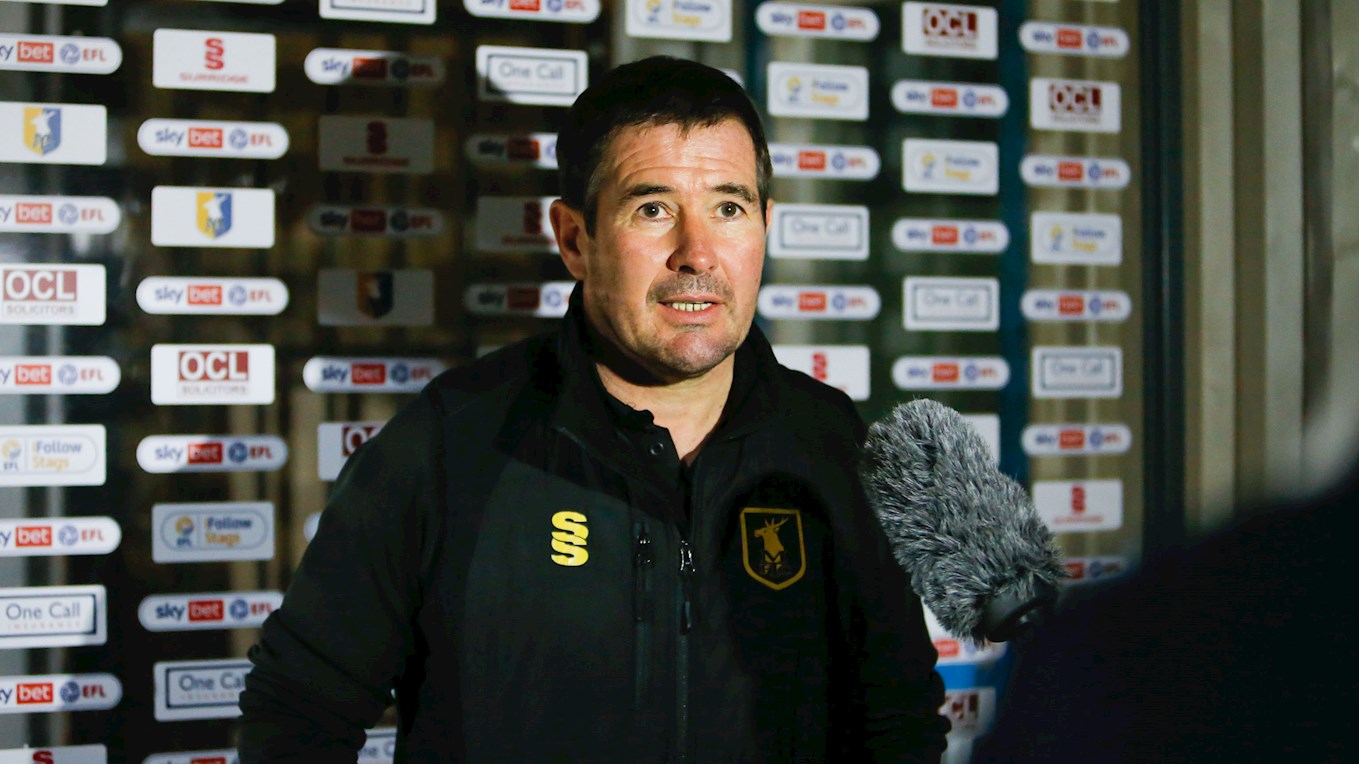 “We made no mistakes in either box. Their goal was a good cross and a good header. In both boxes we were much better than we were of late.

“We restricted them well from their set plays, which we spoke about a lot yesterday.

“[They are a] very good [side], but we restricted them and Marek [Stech] has not had too much to do. They had to work for every single opportunity tonight.”

Nigel Clough spoke of his strikers, who both found the net this evening, with Bowery’s efforts taking him to ten goals for the campaign.

“That [double figures] is brilliant for him [Bowery],” he added. “They’re like London buses, his goals. You don’t get one for a while, then all of a sudden a couple come along.

“But two good finishes and his interplay with Reidy was great play. When you haven’t scored for a while, in the six-yard box he [Reid] pokes it in, they’re the sort of scrappy goals that we haven’t been getting.” 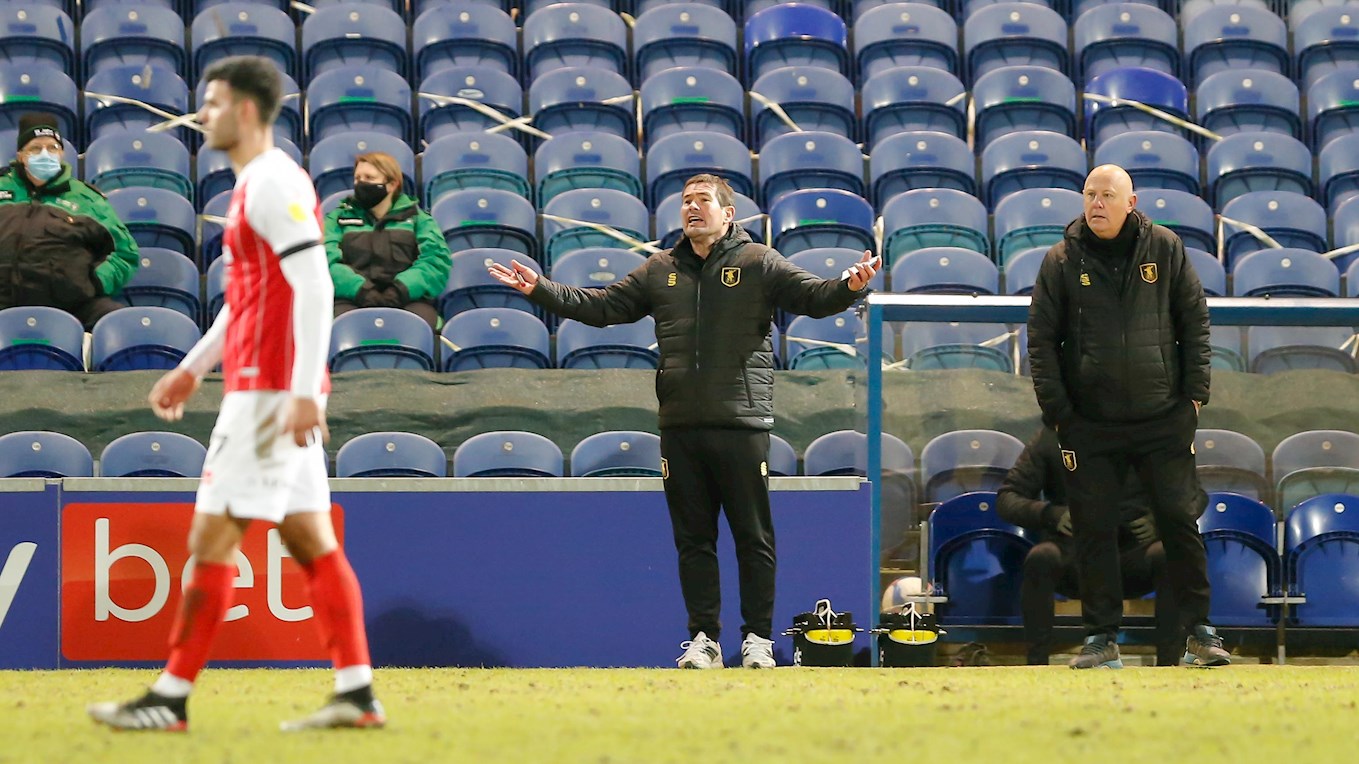 There was also a comment on young midfielder Jason Law, who continued to impress in amber and blue.

“The weight and the timing of his [Law’s] pass to Jordan [Bowery] was absolutely spot on.

“The only disappointing thing for Jason is that he should’ve scored tonight. He had a good chance, but he should’ve taken a touch and side-footed it in.

“But he’s looking more assured as each game goes by. He’ll have felt it physically tonight against the league leaders, as it was a hard running game tonight.”

Nigel Clough also offered a word on his captain, Ollie Clarke, who was substituted in the second-half.

“He [Clarke] was on his knees! He really was. I think he’s struggled in the last few games, because physically, he’s charging around and everything.

“He hasn’t been able to do that, as he’s a little bit tired. We’ll look at him for Saturday.”