Stags’ boss Nigel Clough was pleased by the number of chances his side created in Tuesday evening’s 1-1 draw with Carlisle United.

Mansfield crafted several opportunities throughout the contest at One Call Stadium, but were forced to settle for a point after Stephen McLaughlin’s free-kick cancelled out Offrande Zanzala’s second-half opener.

The manager says the Stags ‘bounced back extremely well’ from Saturday’s defeat to Crawley with this evening’s ‘good performance’ against Carlisle.

“I thought it was a good performance against a top-half side,” he told iFollow Stags. “We created the better chances and more chances, we just didn’t quite finish them.

“It would’ve been a travesty if we didn’t get anything out of the game. Even after the equaliser, we had situations where we could’ve gone on and won the game.

“Their goal, they’ve had a shot that has deflected into his [Zanzala’s] path from eight yards out. I wish one would drop for us like that.

“We talked [with McLaughlin] about not going over the wall sometimes and going for the open side, hit the target, and that’s what he’s done. He said it’s about the fifth or sixth [free-kick] he’s scored like that.

“I would expect to score a couple of goals tonight, with the situations that we had. Even right at the end, Jordan Bowery had one in stoppage time which he could’ve easily finished off. 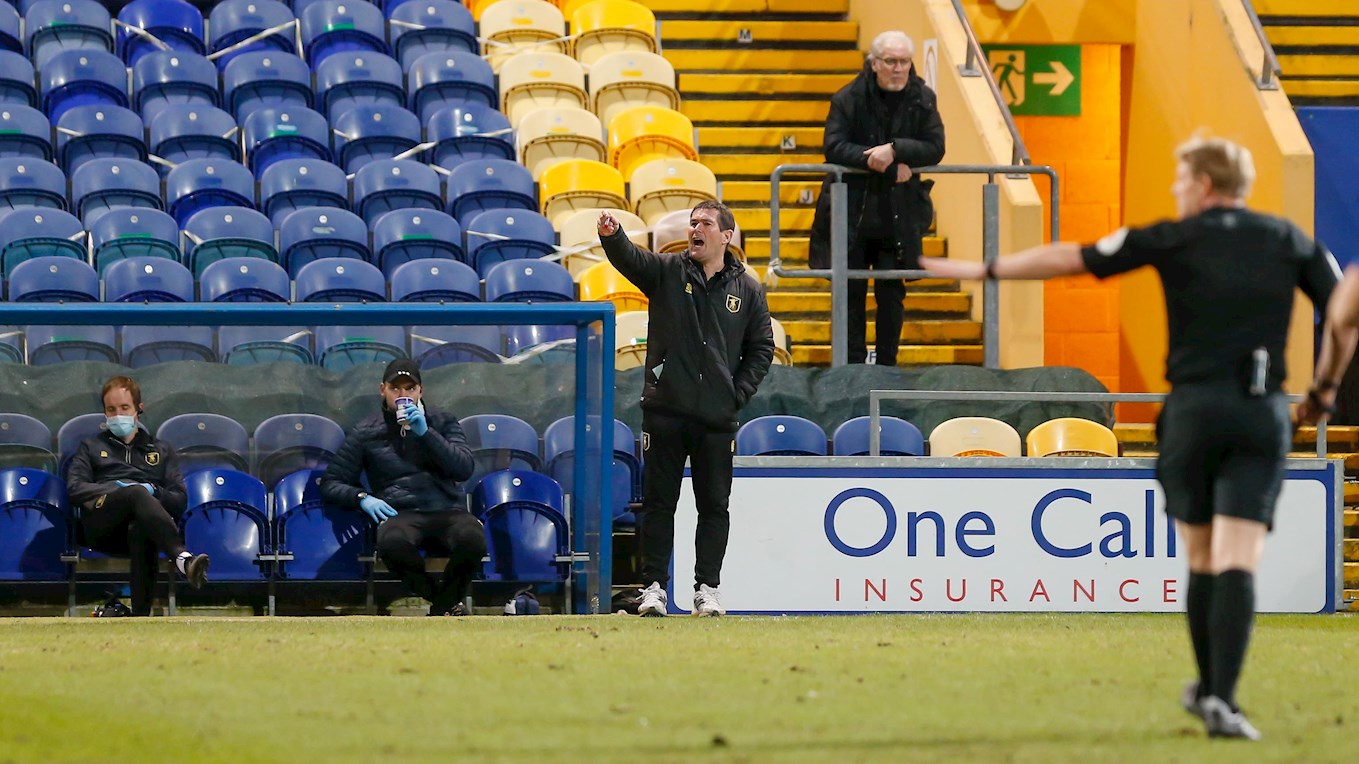 “We’re creating chances now, we just have to put a few of them away. But I thought the overall performance in a gritty game [was good], we switched the ball brilliantly and we had the better of the match-up today.

“We did create more than we have been doing of late. The next stage is now trying to put them away.

“We were so demoralised after losing at Crawley, but we keep bouncing back extremely well.”

The boss has been satisfied with Mansfield’s home form of late, with two wins and one draw earned from the last three matches at One Call Stadium.

“Not only the results, but the performances suggest that [the Stags are playing better at home],” he added.

“We don’t set up any different away from home, so whether it’s a psychological thing, I don’t know.

“We’ll take on anybody here [One Call Stadium] and feel like we’ll have a good chance here.

“It is your home [despite no fans], so the changing rooms are the same and the players feel comfortable when they come here, which is a good thing.

“We’re on the front foot, which is also very important at home. We don’t sit back, and with a little bit of luck here, we’d have a few more points.”

There was also a comment on Stags’ midfield, which has been hampered by injuries in recent weeks.

“Ollie [Clarke] needed a breather and we’ll see how he is, as he might even need one again on Saturday.

“It’s frustrating when you see him unavailable, and we have George Lapslie and George Maris upstairs as well.

“We could do with them back – Quinny [Stephen Quinn, below] is about running on empty now, having played a lot of games recently. 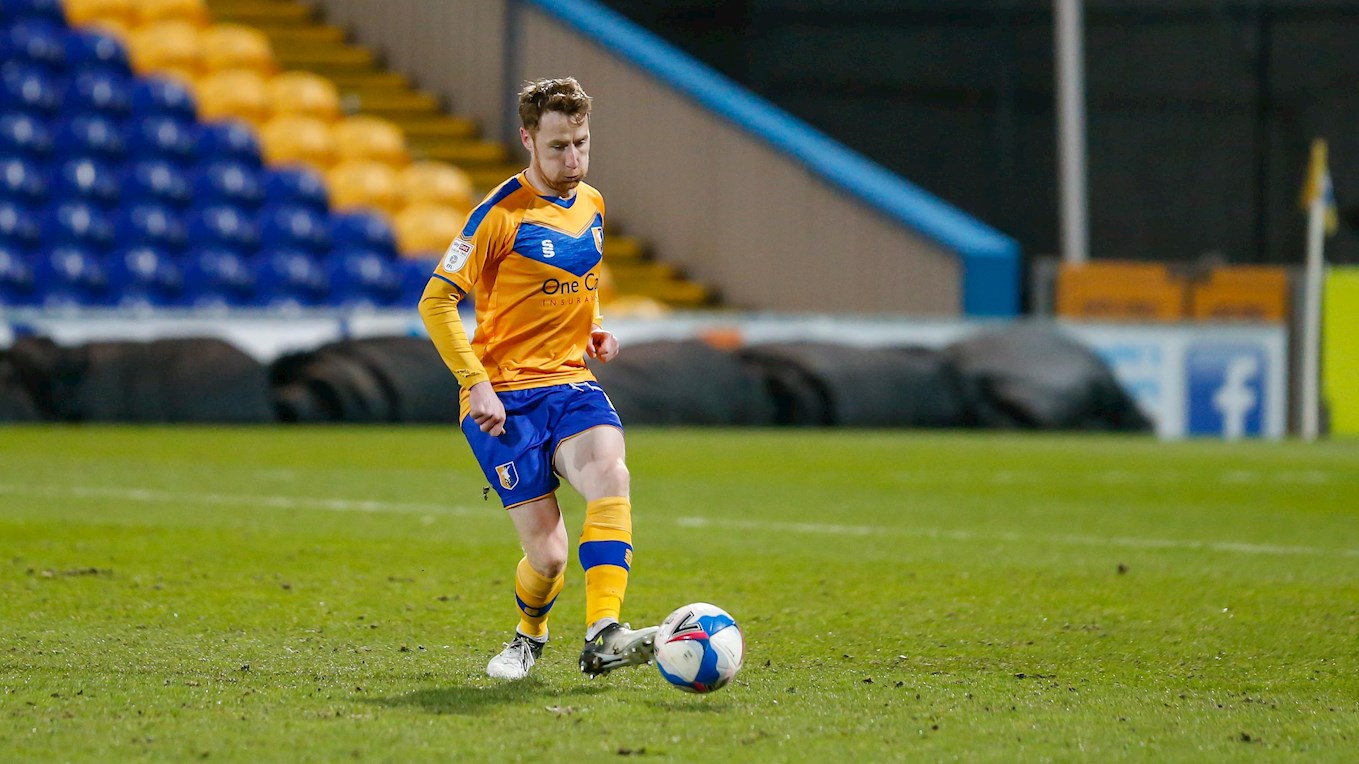 “Stephen McLaughlin has stepped in [to midfield] and stepped up as well. And Harry Charsley did well tonight coming back into the team.”

Nigel Clough then outlined the squad’s plans ahead of Saturday’s home match with Grimsby Town.

“[We will] rest up [ahead of Grimsby on Saturday], with the amount of Tuesdays that we’ve had.

“It’s important to keep the players that aren’t playing or in the squad up to speed, so they have a good session on a Wednesday morning.

“Sometimes we include a few of the academy lads to make the numbers up and integrate them.

“Then the usual Thursday off and preparation on Friday ready for a big game [against Grimsby].”