Despite being pleased with the majority of his side’s performance, Stags’ boss Nigel Clough was left frustrated by the concession of a ‘soft goal’ in this evening’s 1-0 loss to Bradford City.

The amber and blue went agonisingly close via Jason Law and Ollie Clarke, but ultimately rued leaving frontman Danny Rowe unmarked in the first-half, with the Bradford forward netting the game’s only goal.

Nigel Clough says that the Stags must aim to earn more clean sheets.

“Performance-wise, there wasn’t too much wrong,” the manager told iFollow Stags. “Just a very soft goal again. We played better than we did at Harrogate, but the result is the same because we conceded another soft goal.

“I thought we controlled the game, but one ball into our box from the halfway line, and we end up losing the game.

“The difference between tonight and Saturday [win against Morecambe], is that we didn’t give anything away like that on Saturday.

“We’ve given too many soft goals away and we haven’t had enough clean sheets, end of story. 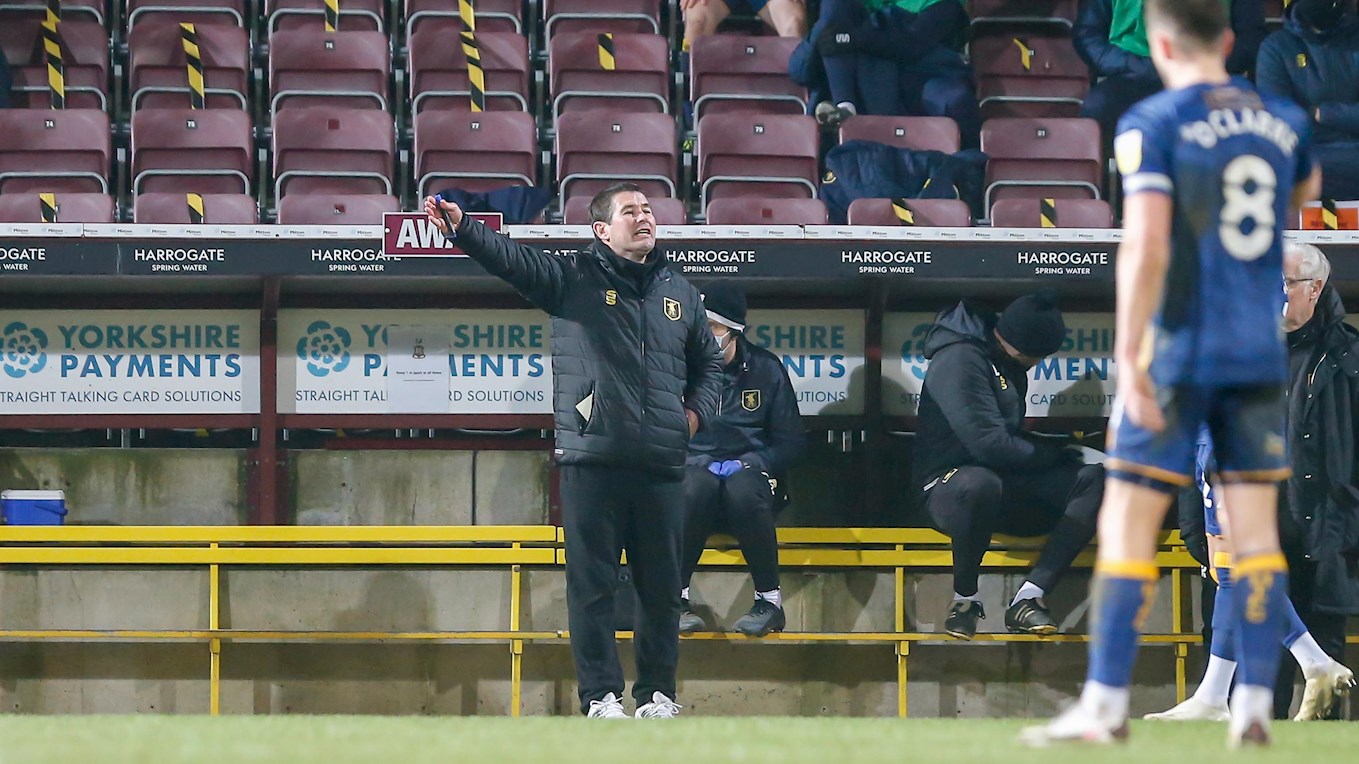 “We started the game brilliantly, Jason Law has hit the post inside a few minutes. You’re talking half an inch of us going 1-0 up.

“Then even in the last minute, Ollie Clarke is inches away from scoring from a corner. Generally, we controlled the game.

“This is the form team in the league, so it’s not all doom and gloom, but it’s very simple again. We can’t give those goals away.

“We seem to be a little more vulnerable away from home to these mistakes, but we’ll keep working on it and highlighting the things on Saturday that we did so well.”

There was late drama at the Utilita Energy Stadium, with Mansfield skipper Clarke being shown a straight red card seconds before the final whistle. The boss spoke of the decision, adding: “I couldn’t tell you. We’re not allowed to see the referees [after the game] but we assume it was a raised arm.

“If it was, it was completely accidental. I haven’t seen the replay, but from what Ollie has said, it sounds like we’ll certainly be appealing in the morning.”

Nigel Clough discussed the performance of Jason Law (below), stating that the versatile forward had another ‘very good’ outing. 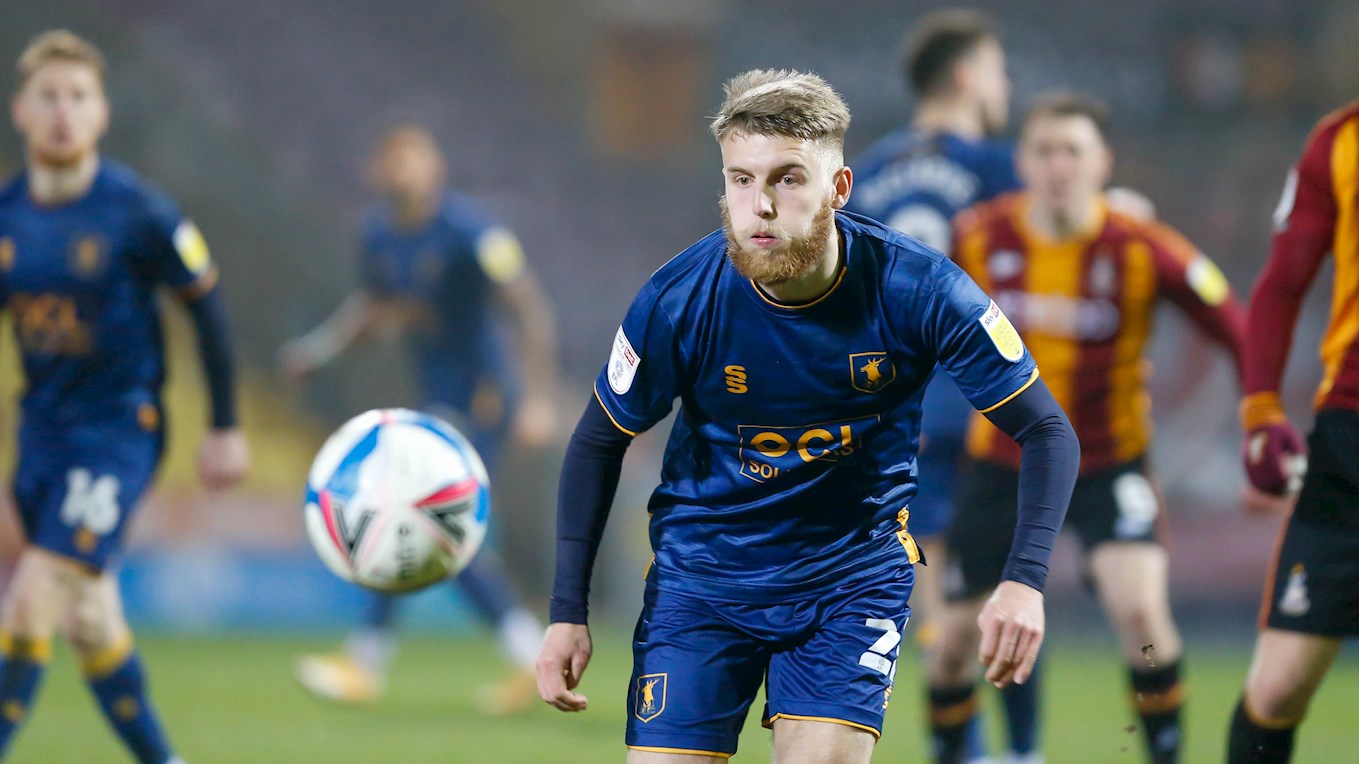 “He [Law] started on the right, but it was a big blow losing George Maris. He’s been as good as we’ve had in recent weeks.

“We shuffled it around. Quinny [Stephen Quinn] sat and Jason [Law] sat in the middle while Harry Charsley came on [the right].

“I thought Jason was very good throughout the game again.”

There was also an injury update on midfielder George Maris, who was replaced by Harry Charsley midway through the first-half.

“[Maris has] a groin problem. We’re not sure how serious yet. George Lapslie should be around another week.

“So to have two of them [midfielders] out at the same time is a big blow for us.”