Boss Nigel Clough has offered his post-match thoughts following this afternoon’s disappointing 2-0 defeat away to Barrow.

Despite looking the better side in the first-half, the amber and blue saw two mistakes lead to goals and defender Ryan Sweeney dismissed in the second period.

The manager cut a frustrated figure after the clash, stressing that the Stags must stamp out their defensive errors.

“It’s possibly the worst day we could’ve had with things going against us, but a lot of it was our own doing today,” he told iFollow Stags.

“I thought both of them [yellow cards to Sweeney] were harsh. I think the first one was for a trip, but the second one, I didn’t think there was any case of that being a yellow card.

“I didn’t think it [red card] had too much impact at all – I still think we were in the ascendancy with ten men. The turning point of the game was giving the first goal away.

“Losing the goalkeeper [Aidan Stone] and getting a player sent off, the minimum we still expected was a 0-0.

“Then we go and make that sort of error. That’s all that’s costing us. It cost us at Bradford, it cost us at Harrogate and it cost us a result today.

“I’ve not spoken to Kells [Gordon] in too much detail. I’ve pointed out our disappointment, which is pretty obvious to him. But it’s no different to Sweeney and [Farrend] Rawson, who have not been at their best in recent weeks. 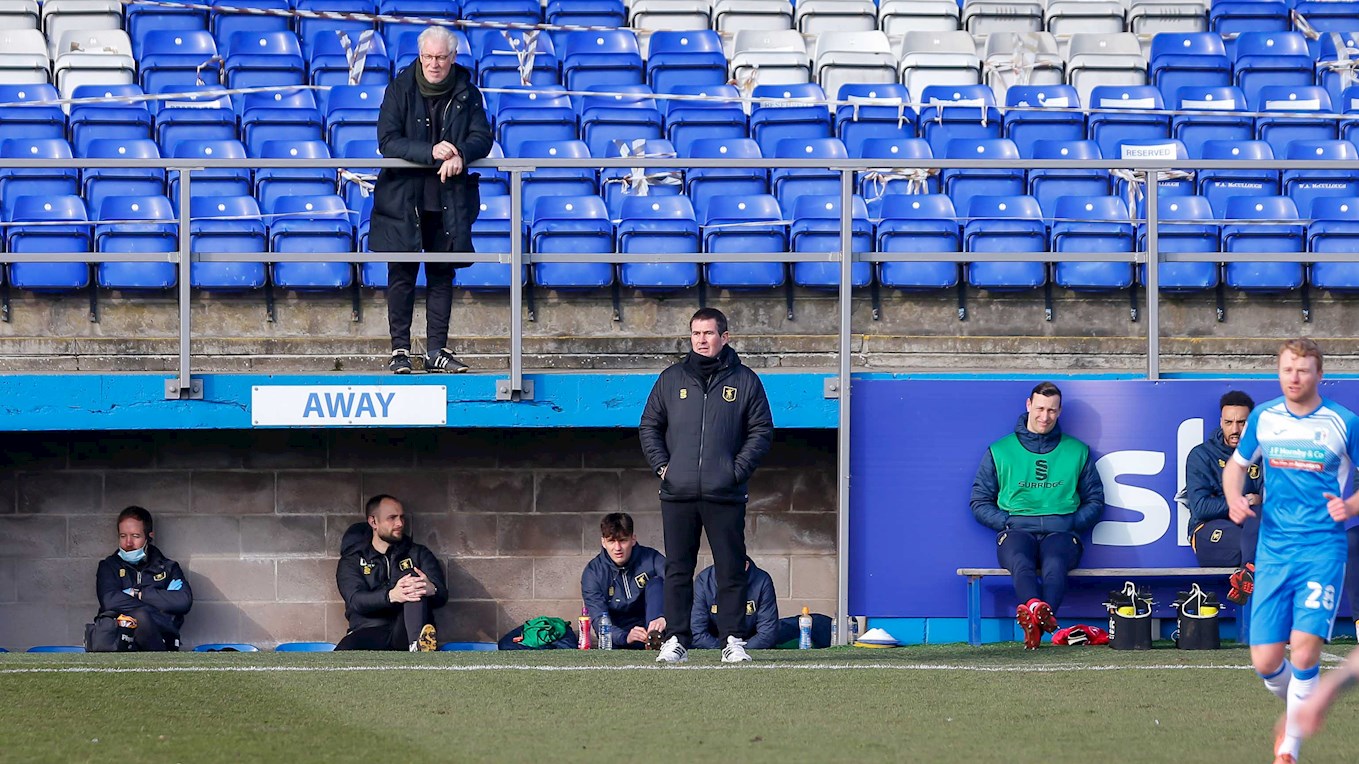 “[However] I thought [Farrend] Rawson was absolutely excellent today. He held the side together at times.

“It was Sweeney and Rawson who cost us the goals and Harrogate and Bradford, but Rawson has responded in exactly the right way. He was very good today.”

The manager says, despite going down to ten men, Mansfield should have still taken something from the game with the chances they created.

“I was satisfied with the performance, it’s just the errors,” he explained. “I don’t think we’ve done a lot wrong today in terms of our play.

“It’s just the nature of the errors that changed the game. I thought we played alright again today and created enough chances.

“I can’t remember Aidan Stone touching the ball in the first-half, and when you have four good situations [to score], I think you’re entitled to put one of them away. 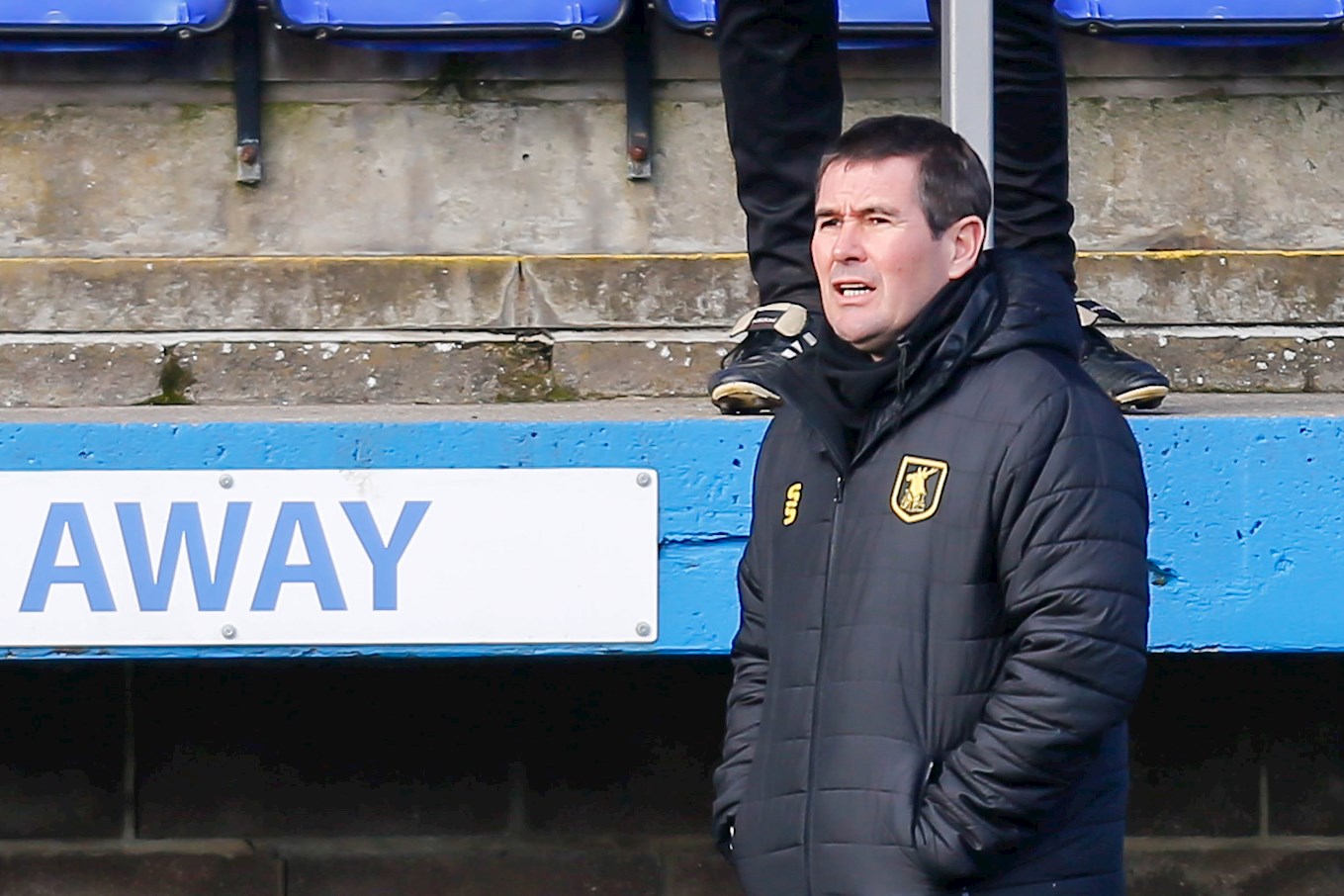 “It was another game we’ve wasted – we should’ve got at least a point today. The bare minimum should be a 0-0 today.”

Goalkeeper Aidan Stone was forced off with an injury in the second-half, being replaced by Marek Stech. The boss gave an update on Stone, adding: “Aidan has cleared one and he felt something in his knee. We’ll get him checked out and see.

“The only comforting thing was that Marek [Stech] came on and made a few good saves and looked solid.

“He had no chance with the goals, so it’s good that we have a good deputy there ready for Tuesday if we need him.”