Boss Nigel Clough aired his frustration after his side were beaten by a late Crawley goal away at the People’s Pension Stadium on Saturday.

An even contest in West Sussex was decided by a stoppage time winner from James Tilley, which was powerfully fired past Marek Stech with just seconds left to play.

The manager says his side gave away an ‘incredibly soft goal’ to lose the game.

“To get to 91-and-a-half minutes and to concede from a routine throw-in on the far side, it’s gone between Kellan Gordon and Farrend Rawson, and Marek Stech should’ve saved it at his near post,” he told iFollow Stags

“It just probably sums up where we are at the moment. We had a brilliant victory against the league leaders [Cheltenham] on Tuesday and then we go and give the game [today] away in the final 30 seconds.

“We should’ve been ahead in the game. They had one chance, which Marek saved. Apart from that, we had good situations and good chances which we didn’t take. 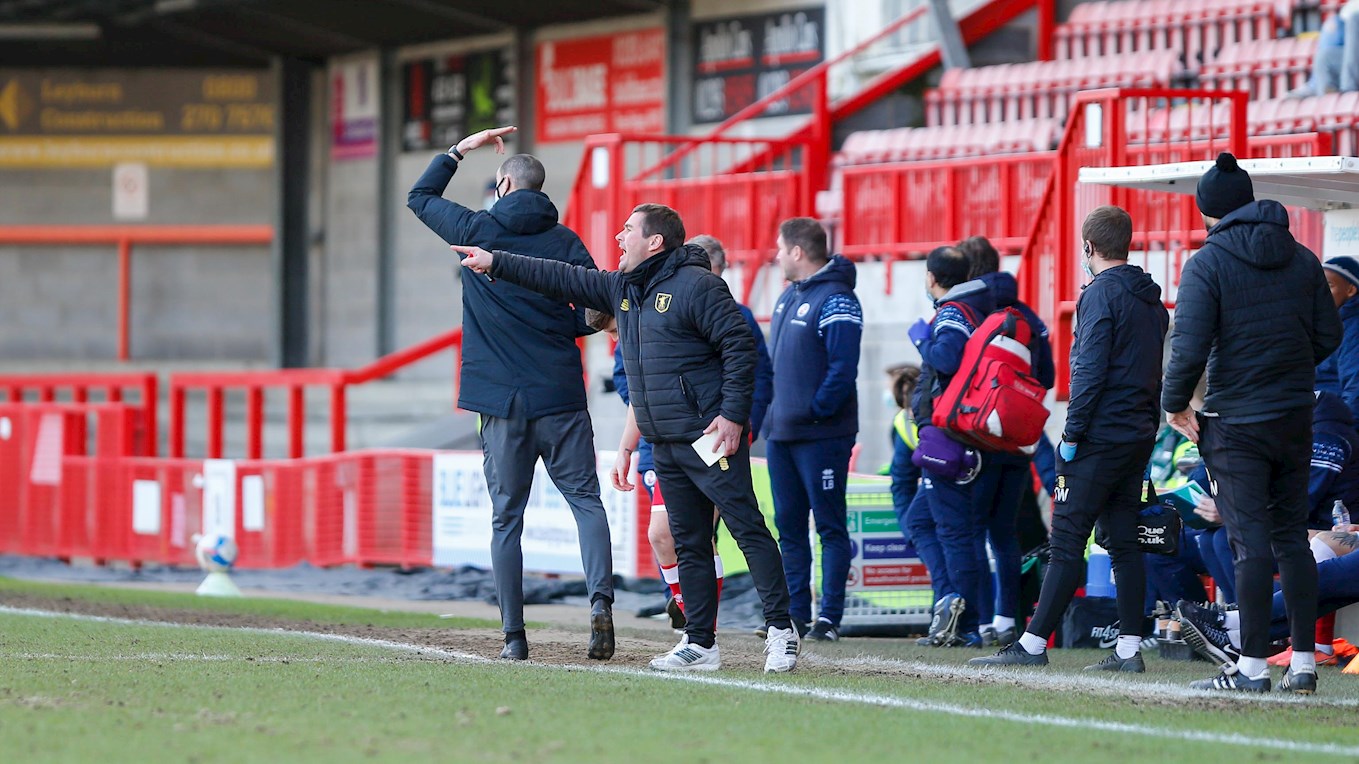 “The important thing is, when you don’t take your chances, don’t lose the game. We gave an incredibly soft goal away late on.

“I thought we did alright in patches. I thought the first-half was a bit lacklustre from both teams.

“We came out in the second-half and started well. We looked as though we might get a goal, but then it looks like it’s just going to be a 0-0, which isn’t a bad result for us.

“I thought the Jamie Reid header in the first-half [was Mansfield’s best chance]. You’d expect him to score that, I think.

“Strikers miss chances. It’s the hardest thing to do [score]. But what you don’t do is throw away the game.”

“It’s frustration, but it’s just sad that this keeps happening,” he added. “I’ve just told the lads what we’re talking about. 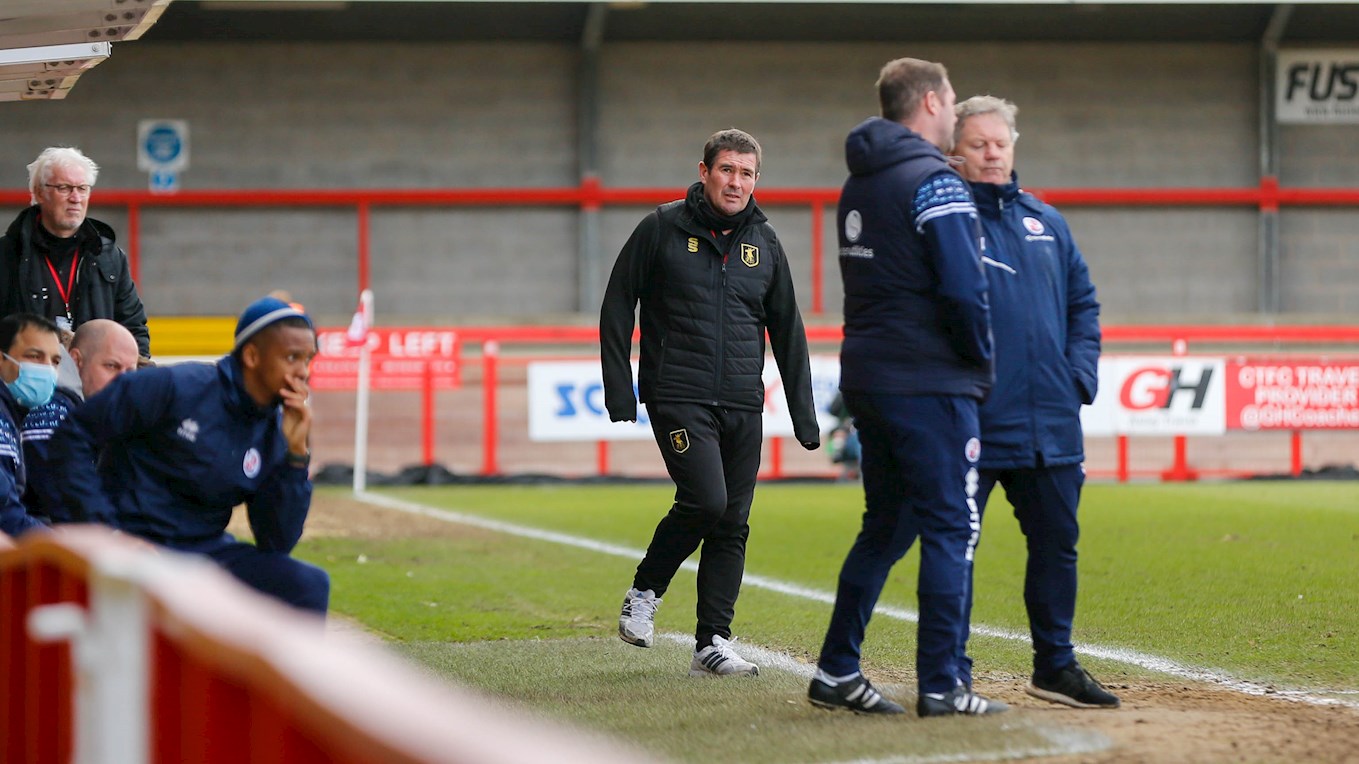 “Until we can get to the stage where we can defend as a team and come away from home and get a 0-0, we can’t make progress.”

The boss also spoke of captain Ollie Clarke, who was replaced by Keaton Ward at the interval.

“Ollie [Clarke] was just shattered with the knocks and niggles that he’s had. We were going to make changes, and if we might’ve had a few better options, we would’ve done.

“But with the team playing so well on Tuesday night, you want to go with the same one. You can’t really win in that situation as there are a few that do need a rest.

“Ollie is not anywhere near his usual self at the moment, so he needs a breather.”